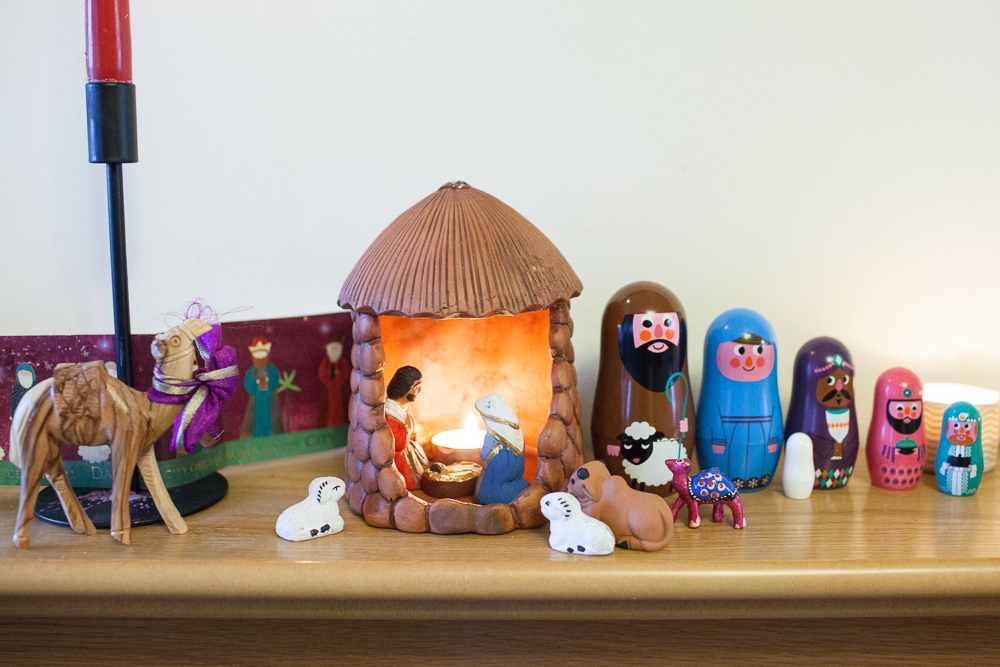 I’ve been trying to observe the Christian calendar with my children a bit more this year. I didn’t grow up with it so it’s interesting delving into it myself and making discoveries alongside them. On January 6th, we celebrated Epiphany, the day the wise men found the child Jesus, having followed the star God put in the sky.

We’d been talking about it beforehand and I gathered a few fun ideas for simple ways to celebrate Epiphany with our family. As it turned out, between our home education co-op meet and Talitha’s ballet class, we didn’t have much time but I’m sure this list will be useful again for this coming Epiphany and I may add to it too.

1. Take down the Christmas decorations. We listened to lots of versions of the Twelve Days of Christmas on Spotify while packing the ornaments away and taking the tree outside.

2. Read the story in Matthew. We followed this up with the children’s version in The Beginner’s Bible. This year we’ll look at it in The Jesus Storybook Bible.

3. Negative space star painting – I stumbled across this idea on Explore and Express. I love her explanation: “the star as a symbol of God’s revelation that often comes after a long spiritual journey. I left it white as a metaphor for revelation being an empty or blank place in us that God fills.” However, when I tried to explain that God fills the empty space inside of us, Talitha told me that she was full of yoghurt. So I may not have done the idea full justice – ha!

4. Take the wise men to see Jesus. Our Nativity scene doesn’t have three kings or any kings so I suggested we look for a few amongst her toys. They were almost dinosaurs but in the end two Little Misses and one Mr Man stood in for the wise men. We lit a candle and talked about the story some more.

6. Make a crown. She made this one at the church in her grandparents’ village a couple of days ago.

7. Cook and eat Three Kings Pie. This is gorgeous. The recipe comes from a vegetarian cookbook called Gaia’s Feasts. It’s like a cottage pie but replaces meat with mushrooms and all sorts of wonderful spices. I confess, I made it and Talitha helped a little bit but time ran on and it was ready after they’d already had their supper. Next time.

8. Exchange gifts. Some parents follow up the story of the wise men giving their gifts with a small gift for their children. I know someone who staggers all of the Christmas gift giving. Her children have stockings from Santa on St Nicholas’ Day, gifts from family on Christmas Day and gifts from their parents on Epiphany. This sounds like a great way to avoid the gift overwhelm.

9. Give to charity. This year, we did a clear out of toys, books and clothes and dropped them off to a charity shop.

10. Make star biscuits. I really wanted to kick start the year’s baking with some savoury stars, especially as Talitha loves any excuse to get the cookie cutters out, but there just wasn’t enough time.