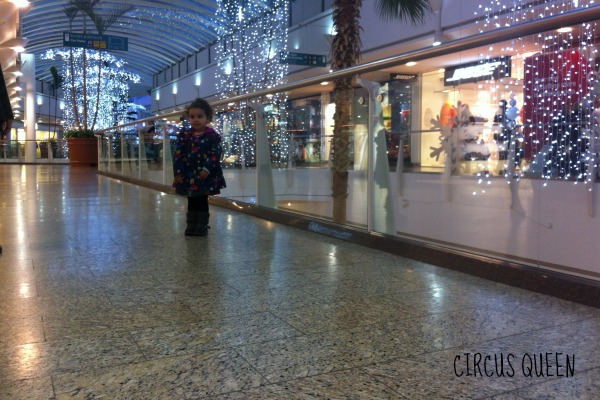 I didn’t bother with an Advent calendar last year as Advent isn’t something I grew up with and I didn’t think Talitha would get much out of it at eighteen months. This year at two-and-a-half, though – oh my, it’s guaranteed to be great fun.

I considered getting her the usual chocolate calendar but decided against it for a few reasons: 1. We’re going to lots of Christmas things – there’ll be ample opportunity for her to get a fix there, 2. It’ll be more fun to focus on doing and giving than on simply getting, 3. She’s at an age now where we need some activities, otherwise the days feel too long, and 4. There’s enough telling her that this is just a winter festival, when for us, Christmas is much more. And Advent is much more. We expectantly wait to celebrate Jesus’ first coming and we long for the time when He will come again.

So, I’m making an Advent calendar but it’s not done yet so the making will come in another post [Edit: It’s done!]. Based on the above thoughts, I’ve decided to fill it with little packages of dried fruit (that’s as exciting as chocolate to Talitha at this stage), a printed Bible reference (we’ll read it from Scripture and follow it with its counterpart in her children’s Bible) and an inexpensive activity for each day. Here’s what we have planned:

Day 1: Put up the Christmas tree and the Nativity set
Normally, I’d leave the tree until much, much later but it really sets the scene for the season, as does the Nativity set (we called it a “crèche” growing up), so I’m taking advantage of the fact that December 1st is a Sunday this year, which means we’ll have Laurence around to drive. We’ll probably just do the lights and a few decorations as most of our decorations are a bit rubbish and we’ll be making a few anyway.

Day 2: Open a bedtime treat
Talitha is at the childminder’s from early until late that day so we need something that doesn’t require much time or effort. She will be unwrapping a copy of Mog’s Christmas by Judith Kerr.

Day 3: Make a Christmas display for the window
I’d really love to go all out and light up the house but Laurence isn’t keen (he thinks it’s tacky) and we’re really watching the pennies this year so I’m contenting myself with a display in the window. We’ll probably be making it with construction paper with a lantern or some lights behind it to illuminate. Laurence suggested a Nativity scene but I’m thinking angels and stars might be less complicated and more obvious to passers-by. We’ll see.

Day 4: Make a paper chain for the diningroom
We go to our breastfeeding group in the middle of the day on a Wednesday, which often wipes us both out, so this is a nice quiet activity to slow down to when we get home again.

Day 5: Bake Christmas cake
It’ll be about a month since we soaked the fruits for our Trinidad black cake so it’s the perfect time to mix in the other ingredients and get it in the oven.

Day 7: Make Christmas cards
I have a huge stock of Christmas cards bought here and there over the years, which we’ll be giving to friends but I’d like us to do some extra special ones for family with a Talitha touch. Perhaps with a bit of printing.

Day 8: Wrap presents and write cards
Last minute shopping always leaves us stressed and overdrawn and I refuse to do it with a small child in tow, so I’ve been sorting presents early this year and apart from anything else, having this in her calendar will force me to have a deadline. She loves wrapping and “writing” cards though!

Day 9: Make white clay Christmas ornaments
These white clay ornaments from The Imagination Tree are too lovely not to try! I figure we’ll do little trees, stars and horses.

Day 10: Make a snow globe
We’re going to try making it from a jar. It’ll either go oh so wrong or be fabulous.

Day 11: Put up the Christmas card display
This is where it becomes a brilliant thing that I don’t throw anything away! Last year, we made a Christmas tree with the cards. I’m still mulling over what to do this year.

Day 12: Make a handprint tree decoration
I only wish I’d thought of starting this two years ago on Talitha’s first Christmas. I’m hoping we can make this a tradition we carry on each year. We’ll probably do something like this but spray paint the whole thing gold.

Day 13: Meet Father Christmas
I’m not sure where the “real” Santa is this year but a friend put it in my head to try Westonbirt Arboretum, which sounds like a great plan. He wears green too. That may not work out but, either way, we’ll be meeting him somewhere that day!

Day 14: Make mulled apple juice
I have no idea whether she’ll like this or not but we’ll give it a go since neither she nor I will be hitting the mulled wine this year.

Day 15: Go to a carol service
I’m singing with our church choir this year for a few carol services – two on this particular day, so I doubt we’d have time/energy for much else! Carol services are such a lovely marker of Advent, though. I love it all – the candles, the orchestra, the big hall filled with people singing really old songs… I think it’ll hold a lot of magic for her too.

Day 16: Make pastelles
These are savoury parcels of spiced meat enclosed in cornmeal. They’re traditional of a Trini Christmas and are usually wrapped in banana leaves. We do ours in foil. I’m not sure how exactly this will work with Talitha “helping”. It may be an all-day event!

Day 17: Make chac chacs for parang
We’ll be making chac chacs or maracas and playing along to some parang for a bit of Trini flavour in our Christmas plans. Talitha’s not too keen on parang music, truth be told, but she does love a good shake of a maraca!

Day 18: Bake gingerbread men
We’ll be doing these first thing in the morning so we can take them to our breastfeeding group later that day. I haven’t decided yet whether to make them wheat and dairy free. Laurence has to avoid both wheat and dairy but I may just make enough for the group and make him another batch. I’ve also not found a wheat and dairy free recipe I like so if anyone has suggestions, they’re welcome!

Day 19: Make festive play dough
If Talitha had a choice, we’d make play dough every day. Such is her passion for the stuff. I’m liking the orange and clove playdough recipe from Nurture Store.

Day 20: Watch the Snow Man
The Friday before Christmas, this is destined to be a busy day, so the Raymond Briggs classic on DVD

will be just the thing.

Day 21: Thread popcorn for the tree
This may sound weird but anyone remember Microsoft Bob? When we were children, my dad had this program on Microsoft Bob where you could transform the desktop into any kind of scene you wanted, make it into a banquet hall and decorate it for Christmas, even. Anyway, I remember one of the option being to string popcorn around it and I’ve been itching to try it ever since. I’ll either get a special needle for Talitha or we’ll figure something out. Might even let her have a go with a real one under close supervision. We’ll see.

Day 22: Give Christmas cards to local friends
Depending on what the weather is like, we’ll see how local is local!

Day 23: Make a Christmas wreath for the front door
If I’m really organised, we’ll have collected lots of natural materials for this. Otherwise we’ll be making one with handprints, like this.

Day 24: Open your Christmas Eve pyjamas!
An American family we knew when I was a teenager had this tradition of giving each other pyjamas for Christmas and I always thought it was such a lovely thing to do. It has a bit more context in a cold country than it did in Trinidad though! Useful too because we have a habit of never buying anything new until what we own is absolutely threadbare. I’m sure Talitha and I will have such fun choosing pyjamas for Laurence and I can’t wait to choose something really cute for her.

Day 25: Make Christmas shaped pancakes
My mother has always had a strong tradition of laying on an enormous Christmas breakfast. I look forward to doing something similar. I’m thinking wheat and dairy free pancakes in the shape of stars, with an elf or reindeer for Talitha. We’ll also have lots of fruit, some turkey bacon (we’re a pork free household too, alas) and a lovely syrup or jam from a Christmas market.

What do you have planned?