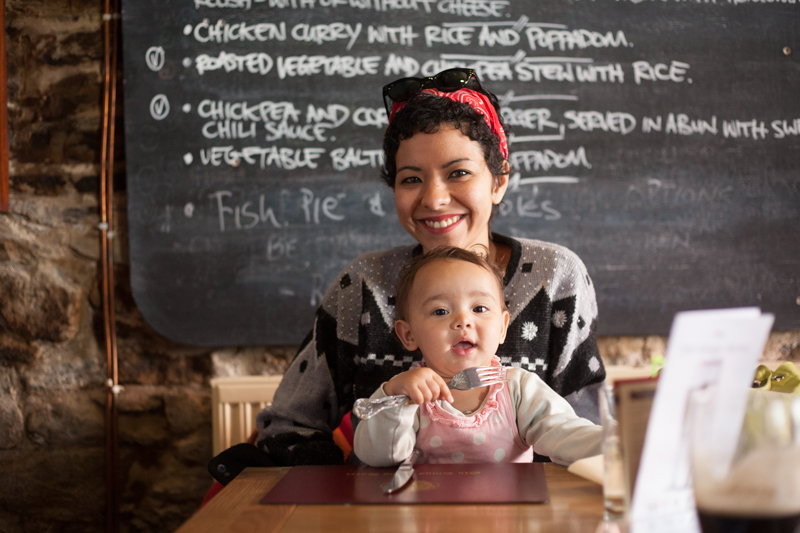 I’m 29 in a couple of weeks and wanted to mark this last year of my 20s with a few challenges. Many of them are things I’ve been wanted to get around to trying for a while now or that I haven’t done in far too long.

Two things struck me while putting this list together. One is that the list probably looks a lot different than it would if I were single and child-free. I had a look around at other “30 things before 30” and there’s some that just aren’t doable for me (or that I’d even want to do anymore) like staying up all night or traveling solo.

The other thing is that I’ve already done some pretty major things that I wanted to do by now like live in another country and start my pension and, well, I didn’t plan to get married and have children in my twenties but it’s turned out to be the best way I could have spent this decade.

Still, there are things that I thought I’d have done by now, like write a book (yeah, that’s not likely to happen this year). In a sense, this list of 30 things to do before I turn 30 is a way of focusing on the cool stuff I’m going to do, instead of worrying too much about what’s been left undone so far.

Inspired by Laurence’s post about his life goals, I decided to include a first step for each one to help propel me into action.

1. Play an open mic
I used to love writing songs and singing but somewhere along the way these past few years, this important part of my life has gone walkabout.
Next step: Replace the strings on my guitar.

2. Learn to ride a bike
I can’t believe I still can’t do this. Two people have tried to teach me in the past decade. I’ve decided I need to just put my head down and figure it out myself. I had a rubbish time trying to cycle on holiday at Bluestone in Pembrokeshire last week but I just cannot stand the idea of giving up.
So far: I’ve made a little video about starting to learn by cycling along the Wye Valley trail.

3. Crochet a granny blanket
This is one of these silly things where I keep seeing these blankets everywhere and long for one but can never justify the cost. Yet, I can crochet so there’s no reason I couldn’t just make one myself.
Next step: Make a square.

4. Make a floral arrangement from flowers I’ve grown myself Done!
I’ve been insanely envious of Laurence just putting his mind to it and growing all this veg. Our garden is practically turning into a micro-smallholding! I’ve been along for the ride, learning things as we go but I want to learn something independently and I’ve decided that this is the year I’ll start growing flowers.

I went out to get some veg for supper and got totally sidetracked. #flowers #gardening #livesimply #flashesofdelight #homegrown #mywild

5. Read ten novels
I’d love to say I’ll read 52 novels but I just don’t read as much as I did and I read a lot of non-fiction. I long to read more novels. At first I wrote “Read the Man Booker Prize short list” but the reality is that I’d rather just read whatever I fancy.
Next step: Choose something from the bookshelf I’ve not read before to get going with.

6. Run 5K
I cannot run. As in, I get all that chest burning, out of breath stuff embarrassingly quickly. But I really want to believe that I can go sofa to 5K this year. I’ve bought some running shoes.
Next step: Buy a sports bra that fits.

7. Go to Paris
My naturalisation ceremony is tomorrow! I’m sorting my passport photos and form today so I can apply for a British passport ASAP. I’ve longed to visit a dear friend who lives in Paris and to see the city itself. Finally, this is likely to happen.
Next step: Book flights

8. See a play at Shakespeare’s Globe
I’ve wanted to do this for such a long time. It’s crazy that I live in England but haven’t made it happen.
Next step: Buy tickets

9. Complete the I Quit Sugar programme
I am so addicted to sugar that I’ve tried to lower my intake many times this past decade and really struggled with moderation. I want to systematically cut fructose out so I can experience control over it.
Next step: Read the book I Quit Sugar: Your Complete 8-Week Detox Program and Cookbook

10. Read the Bible cover to cover
Thanks to habits my mother helped me develop long ago, I think I’ve actually read most of the Bible but I want to make this the year I read all of it, in pursuit of a deeper understanding and greater intimacy with God.
Next step: Use a notebook to start keeping track of what I’ve read.

11. Cut the grass
Talitha actually thinks mowing the lawn is a man’s job. And I’ve done nothing to convince her otherwise. The truth is, I’m a little scared of the job, even though it’s meant to be dead easy.
Next step: Take the next turn.

12. Get a tattoo
Or rather, another tattoo. I’ve had something sizeable in mind for many years now and this seems the year to get it started.
Done! Read about it here.

A closer look with the colour added in. Henna-style tattoo with hummingbird by @iainsellar at @theblacklodge. I feel totally satisfied with it now and, over-dramatically, like I can move on with my life – ha! #ink #tattoo #tattooedgirls #tattooedmom #hummingbird #hennatattoo

13. Bake a Victoria sponge cake
I’ve just always wanted to bake one from scratch and never have. Should probably do this one before quitting sugar!
Next step: Find a recipe

14. Hike up a mountain
Argh, I’ll admit that this one is Laurence’s suggestion. I really do not like hiking, even for the views. This is something I need to overcome, though.
Next step: Buy a preschooler-sized carrier (Shot gun not carrying Talitha!)

15: Sew a dress for one of my daughters
I own a sewing machine, albeit an OOOOOLD one that can only do one stitch. I also know the basics of hand sewing. Yet I’ve not sewn anything since I was in school. I figured a dress for Talitha or Ophelia would be something challenging yet realistic enough to attempt.
Next step: Look at YouTube to figure out how to use my machine.

16. Do a first aid course
I did some first aid training as a careworker a million years ago but I can remember very little which is probably not wise when in charge of small children.
Next step: Book it!

17. Learn to change a car tyre
I have seen my mum change tyres SO many times yet I have zero confidence in my own ability to do this so it needs tackling.
Next step: Ask Laurence to show me how.

18. Plant a tree
I haven’t looked into whether it’s best to do this as part of an organisation or just get on and do it on my own like, say, our backyard but either way, I want to plant something that will last.
Next step: Look into it to decide which, when, how, etc.

19. Create a capsule wardrobe
I’m really tired of having too many clothes, most of which don’t go with each other, fit me properly or suit me anymore so I want to do a massive declutter and just get down to basics so getting ready can be less stressful on the whole.
Next step: Go through my wardrobe with a bag and give away everything that doesn’t fit anymore.

20. Go wild swimming
I said I was going to do this last year and then I chickened out because it was a chilly day. It’s got to be done.
Next step: Choose a weekend.

21. Visit Dartmoor
This is somewhere I’ve wanted to visit for a long time. Laurence spent a lot of his youth in Dartmoor so it holds appeal from that point of view but it’s also just utterly beautiful from the pictures I’ve seen. And it’s not even far away from us.
Next step: Get a date in the diary.

22. Play a video game
A list like this needs something frivolous. I haven’t played a video game in FOREVER.
Next step: We were given a Wii so, get it out and try to figure it out.

23. Read a history book
Another that I’ve not done in a while. I might look for a Caribbean or Indian history book, actually.
Next step: Choose a book.

24. Paint a mural
I suddenly had a brain wave when we were talking about the garden plans the other day. We’re about to put up a new fence at the bottom of our garden. Why not paint a mural on it? How much fun would that be?!
Next step: Get the fence up.

26. Host a cocktail party
My sister-in-law bought us cocktail glasses for our wedding which we’ve used probably twice and never all together.
Next step: Research cocktails.

27. Go to a concert
I haven’t been to a big, proper gig in so long. It’s one of those things we keep saying we should do.
Next step: See who’s touring.

28. Throw a charity fundraiser
I thought about putting volunteering here and, though I will likely take up opportunities to volunteer in our local community as they arise or look to start serving in our church, I already volunteer as a breastfeeding helper, which sometimes feels like a lot. So, I figured a one-off fundraiser of some sort felt like a more achievable goal.
Next step: Choose a charity.

29. Go WWOOFing
We started thinking about WWOOFing some time last year. WWOOF UK is a membership charity, teaching people about organic growing and low-impact lifestyles through hands-on experience in the UK. Basically, you offer to work on a farm in exchange for accommodation. We really want to learn more about sustainability and self-sufficiency – this seems a great way.
Done! Read all about our experiencegoing WWOOFing with kids.

One lamb out and his twin followed soon after. One of the coolest things I've ever seen. #lambing #farmlife #wwoof #wwoofing #farm #cornwall #countryside #spring #livestock #travel

30. Give up shampoo
I’ve been wanting to do this for ages but I’ve just never actually organised myself into it. I don’t feel that shampoo is that necessary or beneficial to hair and would like to see what my hair would be like without it.
Next step: Read Lucy AitkenRead’s Happy Hair – The definitive guide to giving up shampoo: Save money, ditch the toxins and release your hair’s natural beauty with No Poo.

It’s pretty ambitious, some of this. I’m not going to be legalistic about it. If I don’t manage it all, that’s OK. But I plan to blog about at least most of it and if something doesn’t get done, I’ll probably talk about why. I’ll spare you a post about me cutting the grass or changing the car tyres, though, unless they turn out to be funnier than I’m hoping.