31 Weeks Pregnant – On growing a baby over Christmas 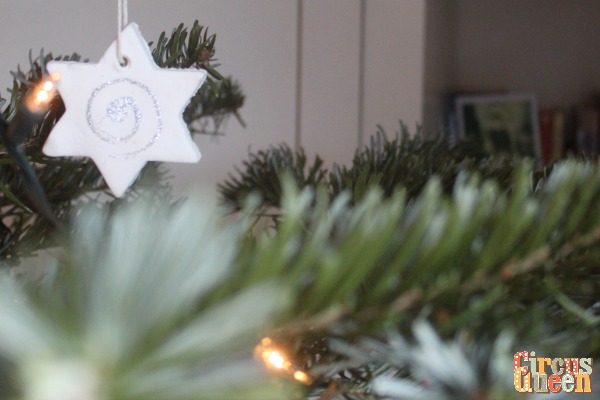 I printed off a free 2014 calendar the other day and wrote in the pregnancy weeks as I keep finding myself making plans for next year and struggling to figure out how pregnant I’ll be by then.

Then I worked out that by the time I’m in a place to focus on getting things ready for the new baby (or rather, before the new baby, since she herself doesn’t need much) I’ll be 34 weeks pregnant. I’m almost expecting to go to 42 weeks so that makes it 8 weeks from then, less than 11 weeks from now.

I’m really glad I’ve not had too much time to overthink things but I’m also becoming conscious that there are things I need or want to sort out in that short time – shorter because life with a toddler carries on.

But there’s no time to think about it now. We’ve had a wonderfully busy Advent, doing most of the things I hoped we’d do. Talitha has loved her activity Advent calendar and asks for it every day.

It’s got us to decorate far more creatively than I would have done otherwise and to get the cooking done mostly on time. I’ve started showing her that it’s almost done (ours finishes tomorrow).

We’ve been talking a lot about Jesus, his birth and why we celebrate Christmas. She dressed up as a bear for the church Nativity on Sunday but refused to go on stage (as I suspected she would). Dressing up was fun for her though.

She also met Santa Claus at a toddler group and she stayed as far away as possible until he offered her a present. She reluctantly went up to get it from him and mumble: “Yank you.”

We even went to Westonbirt Arboretum for their Enchanted Christmas which was absolutely beautiful and though I got unduly grumpy about our party getting split up, I’m really glad we went.

I was a little worried that the Christmas season might lose its momentum with so much planned and from so early. I did have a sense of humour failure a couple of times when I’d stayed up too late. I pretty much said Christmas could do one next year.

That was a mixture of pregnancy exhaustion and having the cold (ill for the 3rd time this month!) talking and, in reality, I don’t need to do anything I don’t want to do. It’s remembering that. It’s not exactly as if anyone is honoured by me cussing over icing a Christmas cake, after all.

And if life is a bit overwhelming next year with a 9/10 month old and a 3.5 year old, well, we’ll just do it all more simply. Hopefully I’ll remember I said that and just buy the damn gluten and dairy free Christmas pudding.

We had a real stress out over the tree this weekend when we realised it needed to change pot as it wasn’t taking up water properly. Laurence ended up having to hack off branches and go get a big pot with sand at B&Q. We even ended up moving the tree to another corner of the room. The whole thing was enough for me to swear we were going for a fake tree next year and for him to almost agree (he’s a die hard real tree guy).

In the end, it looks SO much nicer than it did before and we’ve even ended up using the branches to line the stair case. But, it did give me the reality check that children don’t need this big fancy tree. They don’t need a tree at all and, actually, one of the tiny £5 trees we’ve seen on sale would probably do just as nicely!

Something I’ve been struck with in all this Christmassing is that while I’ve finally got it into my head that our baby is already with us and that we are welcoming a whole new person into our lives, it isn’t as real to Laurence yet. It probably won’t be until the birth.

He keeps referring to the future, talking about our child rather than children and is surprised whenever he feels the baby’s strong wriggling. It seems weird that Talitha’s always thinking about it. Now that I can feel lots of movements and sometimes even see my bump moving, I’m really conscious of the baby coming too. Yet, he’s not there yet. Not that he’s bothered, mind, but it’s like the three of us (me and my babies) have this little secret club that we’re just waiting to invite Daddy to.

Every time Talitha asks for “milky” she takes a moment to talk to the baby and asks when she can see her. She tells the baby that she’ll have lots of milky when she comes out. My colostrum has come in fully on both sides now, which makes it more comfortable to breastfeed but I still find it irritating so I limit Talitha, which she’s fine with. Oddly, she’s started telling me that milky is a bit yucky. She’s becoming a bit more take-it-or-leave-it about the whole thing too. To know what she’s thinking about it!

Maybe the New Year will make the life change seem more real to all of us. And maybe we’ll get stuff done before the baby comes. Or maybe we’ll decide that, just as with all this Christmas prep, quite a lot of it is unimportant after all.