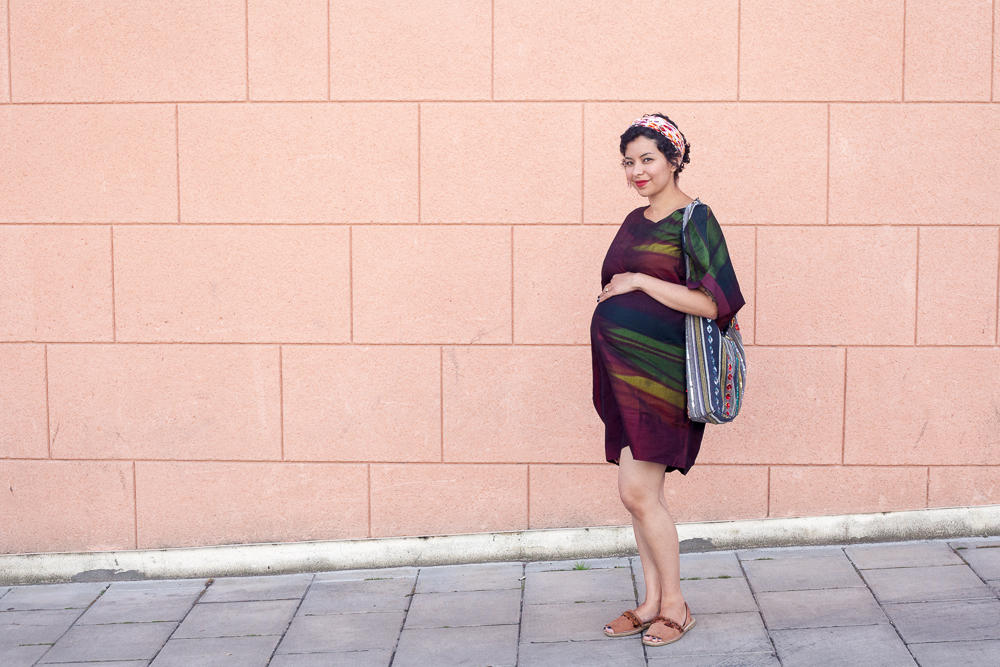 Six plus weeks to go still feels a long time but a look through our calendar with most weekends booked up until then and it really isn’t a long time at all.

Physically, all is looking as it should. A midwife appointment last Thursday confirmed that the baby is head down and that my iron levels are in good shape. A Spatone smoothie a day has kept the anemia away so far. This is my first non-anemic pregnancy.

The girls went with me this time. Talitha was delighted to hear the baby’s heartbeat and fascinated when the midwife took my blood. I’m not sure how much Ophelia understood because she was mainly fixated on showing the midwife her boots, repeatedly.

Other than being a bit sore and stiff at the end of a day when I’ve overdone it, pelvic girdle pain isn’t an issue this time so far, which I’m so grateful for because I haven’t been able to make it to an osteopath as I did in my second pregnancy and I was practically housebound at points in my first.

I do have to watch it, though, and am trying to listen to my body in terms of walking and lifting. The kids inevitably keep me active, which is a good thing, even if I pay in soreness later. I’m finding a shower in the evening really helps with that.

I am, however, feeling utterly, utterly exhausted. I can honestly say, I don’t think I’ve ever felt this tired in my life. Not even in that first sleep deprived year with Talitha when she woke all. the. time. I’ve upped my vitamin D but I think feeling tired just going to be the theme for the next few weeks. I remember feeling so much better after having Ophelia so I’m hoping that will happen again.

A pregnancy massage at the Lido in Clifton yesterday was just what I needed. Laurence bought me a voucher for my birthday as he had in my first pregnancy five years ago. I may have drifted in and out of sleep, hopefully without snoring! I’m still feeling its effects today, despite nursing a headache.

Emotionally, I am really looking forward to the birth. I’ve been listening to Katharine Graves’ hypnobirthing CD and despite falling asleep by the first few affirmations (I need to start listening in the day time too!), it’s been helping me to get into a really positive, empowered mindset. Maybe it’s reminding me about the things I loved about the last home birth?

We also went to another Bristol Home Birth Group meeting last night, which was interesting because it raised a big topic for us. We’ve been discussing whether to have the kids there. We planned to just keep Talitha home last time but I changed my mind last minute as I found her too distracting. In retrospect, though, I was still in the early stages of labour and had quite a long way to go. If she had been around, perhaps I wouldn’t have given my surges more attention than they required too soon.

Talking about it last night, we realised we had a conflict of approaches. I want the birth to be normalised as a part of our everyday life as far as possible and I feel it’s better to focus on what we want and expect to happen than give to much energy to what might happen. Laurence, on the other hand, is being far more pragmatic, probably because he’s the one who will be saddled with their care. In the end, I think we’ve seen that both perspectives have value and balance each other. So, we’ve made arrangments with various family members (we’re so lucky to have so many in Bristol) and we’ve agreed to wait and see.

I’ve almost completed the blanket I’ve been crocheting for this baby. The last bits are boring so finishing them feels a real labour of love, which it is. I love her already. It’s my first project of this size so it’s been a real journey getting here, even though it’s far from perfect. I hope to share it with you soon.

Practically, I haven’t sorted most of what I had by this stage the last couple of times. I’ve gathered clothes here and there but I haven’t actually laid everything out to see what I need. Hilariously, a pregnancy website I was looking at was telling me that at 34 weeks, it might be worth giving the hospital bag a last minute check! I’m definitely not there yet.

Nappies weren’t sorted up until the weekend when a friend sold me her cloth stash at a bargainous price. I said I was going to make cloth wipes since all of ours are pretty much threadbare but it doesn’t look likely now and having seen the quality of some Cheeky Wipes the same friend had, I may just buy a set of those.

I’ve also been starting to think about what I’m going to wear after the baby’s here. I didn’t give this any attention in either of the last two pregnancies and found myself with clothes that were either annoying to breastfeed a newborn in or didn’t fit well in the postpartum period. So I’m appreciating getting my wardrobe started with this blue dress [pictured] sent to me by Vertbaudet. I can wear it now while pregnant but it also has poppers for breastfeeding once the baby is here. I think I may well end up in dresses until the autumn now, especially when it’s hot.

Ophelia is still breastfeeding, albeit for only a few moments at bedtime, only ever on one side. Often she will decide she’s had enough. I find it a relief because I’m experiencing even more nursing aversion than I did with Talitha. Perhaps my body is saying, “Too much.” Her latch has also changed and I’m not convinced that she is getting any colostrum, though it is there.

It seems entirely possible that she could wean in the next month. Part of me feels sad to think that she could wean so soon when I breastfed her sister to age four. There may also be some guilt there because I know I’ve encouraged her quite a lot, with more limits than her sister had. Yet, breastfeeding isn’t something that can be measured or predicted.

I wonder how both girls will adapt to a new sibling. Attentions already divided will become more so. Already they don’t always get what they want or need. It’s just not possible. I have to trust that what I give will be enough in the long run and appreciate how much they have already gained in each other.

I look at these two, how different they are and how easily I love them both, and wonder what my love will look like when it expands to a third.