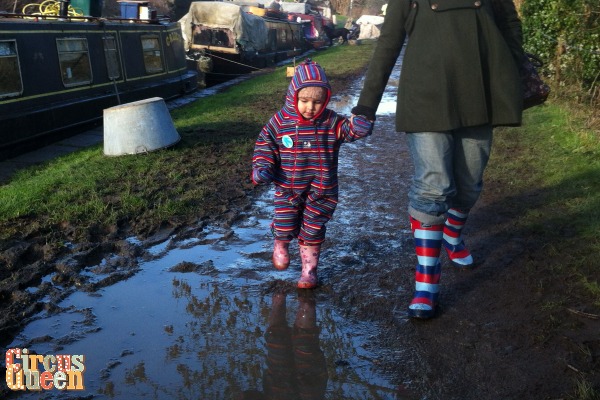 This feels like it’s been the longest week of the pregnancy so far. Hopefully that’s not an indicator of what is to come. I’ve filled our calendar so we hopefully avoid me moping around saying “I’m done with this! Out now, baby!” especially when I could have over a month to go. There is still a lot I want to get done before the baby gets here but realistically it will never all be done. At least now all the clothes are sorted and I’ve stuck a few more meals in the freezer.

What’s made this week feel so long is the baby dropping. A first-time pregnant friend asked me how you know when they drop. For me, it feels the way it did last time, like my insides might fall out. Precarious. Braxton Hicks have started too and are more intense than I remember. I cancelled a driving lesson yesterday because of them. I think I may just have to put driving on hold. Again. Anyway, all this doesn’t necessarily tell me much. It all happened around now with Talitha and she still wasn’t born until just hours short of 42 weeks. What it does tell me is that my body and baby are getting ready and know what to do, without help from me. That’s pretty exciting. I’m trying not to be impatient in light of all that but it’s not easy!

We went in for a growth scan last week as the home assessment midwife measured my bump as a couple of centimetres small. I’ve been measuring small the whole way through, which is funny because I measured big with Talitha. I wouldn’t have gone in as I’m not keen on scans (especially since it’s just a policy thing – measuring up to 2cm either way is usually considered fine) but weighed it up and felt we might as well make sure everything was OK. I did get nervous just as we went in for the scan but my gut told me that everything was OK and it, really, it was. I’m measuring small because the baby has dropped – which I already knew. She was too low to get a good measurement of her head but there was no cause for concern. It was amazing to see her face though. I think she looks like me. Laurence rolls his eyes when I say that.

I also agreed in the end to having another test for anaemia since my last results from New Year’s Eve said that I was actually anaemic. All good there too. My levels are up where they should be and I didn’t take the ferrous gluconate in the end. Good ol’ eating and Spa Tone seem to have done the trick, fortunately. I’m still really tired though but that just seems inevitable. Talitha napping is also not consistent as it seemed like it was going to be but she’s been letting me have a little kip here and there and entertaining herself with her toys or a puzzle. I’ve cut down on TV massively, because she’s still shaky from her nightmare the other week.

We did, however, look at birth videos as I started thinking that maybe she should be prepared in case she’s here and awake when it all happens. Code Name: Mama has a great list. We watched a few and she loved them! She was very interested in the older siblings who were there and wanted to establish whether this baby had a big sister or a big brother in each video. When the baby would come out she’d exclaim “Ooh!” with delight. In one non-water birth, the baby came out with a gush and she said: “A bit wet!” Then she’d talk about how babies need lots of milky and sleep lots. I’m still not really sure whether we want her there but we’re continuing to play it by ear and prepare her for all eventualities. Her bag is packed and she knows that she may be going to have a special holiday with Grandmum and Puppa or that Laurence’s cousin may come over.

I’ve tried to be very low-key about the whole thing and, in fact, we’re toning down talking about the baby at all because we’re concerned that her nightmare and the clinginess in the house since may have something to do with anxiety over the new baby. It’s a minefield trying to work out what to do about this and I won’t get into it all as it would double the length of the post! She is still really looking forward to the baby, though, and continues to be surprisingly aware of her. I’m sure the baby is also listening to Talitha, wriggly little womb thing.