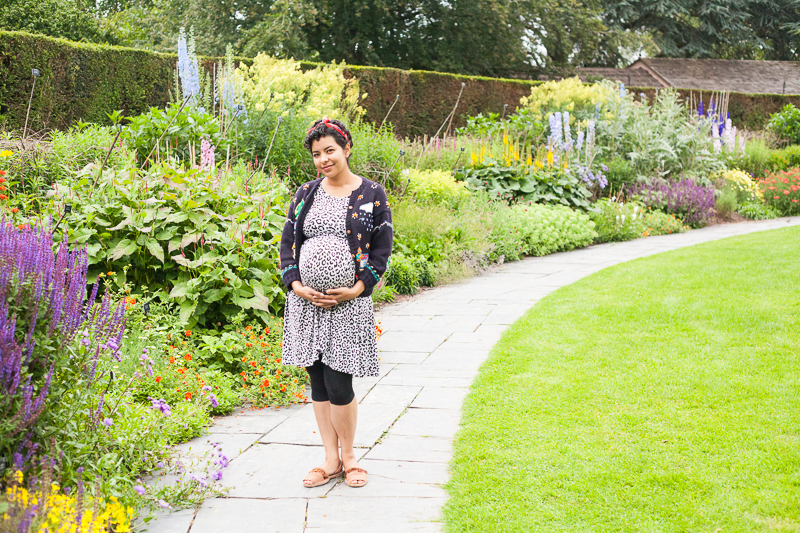 It’s weird to think that I’m less than two weeks from my guess date. I’ve stopped calling it my due date because at this stage in the pregnancy it’s unhelpful for me to get too fixated on a date.

Talitha was born at 40+13 and Ophelia at 40+3 but that’s no real predictor for when this baby will arrive. I realise, though, that last time, because I expected a baby two weeks “late”, Ophelia felt early. This time, I think I’ll struggle if I go on that long. Two weeks is not a long time. Four weeks seems like it is. Then again, in the grand scheme where this child is a member of our family for life, what’s four weeks?

I am feeling impatient, though. I had a massive growth spurt a few days ago and feel enormous. The midwife was surprised to find my baby as low as possible and told me her head is in my hips, which is frankly I already knew.

Looking back on posts I wrote around this time with my first two, all of my babies have descended and engaged around 37 weeks. I feel like I wasn’t this impatient last time but I have a post from then literally called “Suddenly Impatient“. I was certain I’d never experienced Braxton Hicks before but, reading back, I did! How did I forget all this?

I am so glad I wrote it all down because it’s helping me makes sense of Ophelia’s sudden clinginess. She wants to sit in our laps and even be spoon fed a lot of the time. Talitha has become extra cuddly too. Their world is changing but they can’t quite articulate how they feel about it.

I can’t, either. I go to bed most nights hoping that this will be the night I wake with surges, strong and steady. Yet the reality of looking after a newborn is still a little daunting. We are stepping out into something both familiar and unknown.

I’ve re-read Katharine Graves‘ book, The Hypnobirthing Book and have been practising her relaxation techniques on my own and with Laurence. It still amazes me how effective they are, more so now because they’re so familiar. I mostly sit on my birth ball when we’re at home, both because it’s more comfortable and because it helps me avoid slouching and encouraging the baby to go back to back.

We’ve finally not just settled on but fully embraced the baby’s name. This is new territory, struggling to agree on a name. Talitha’s name was chosen before she was conceived. We stumbled across it in the Bible and joked that if we ever had a little girl, we would call her “little girl” which is the Aramaic Jesus uses when he raises Jairus from the dead. Ophelia is a name that has kept coming back to me over the years. I fell for it from the Natalie Merchant song and we both loved its pretty but slightly haunting quality. Both names were settled long before this stage in pregnancy.

In the end, Talitha has helped us choose a name. Out of all the names she heard us discuss, there’s only one she liked and she has point blank refused any other we suggest. While we’ve talked about “the baby” in this pregnancy, she’s referred to her by name.

Now, though, we feel settled that she’s right. Unless there’s been a mistake on the scan (I kid that Laurence is hoping) that’s the name. We can’t wait to say it freely.