A boy named Sally – and some thoughts on giving 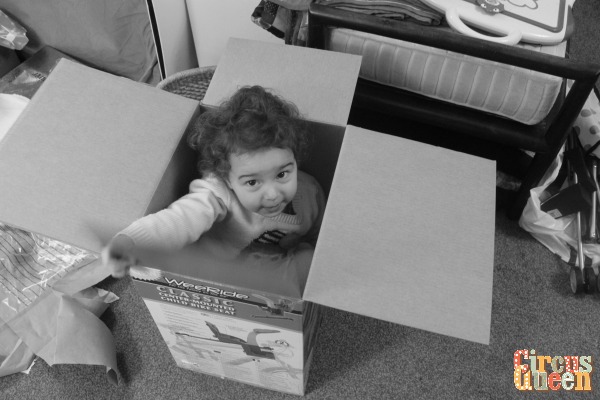 Talitha has been insisting for the past few months that the baby we’re having will be named Sally – a name she fell for while becoming obsessed with The Cat in the Hat. She’s also been convinced that she’s having a brother, not a sister, but she’s now oscillating on that one. Anyway, we’ve had no intention of naming the baby Sally and have yet to find a name we liked that could be shortened to Sally, so I came up with a plan. That would be the name of the baby doll we were giving her for Christmas.

She happily accepted it but, there was a twist. Despite arriving dressed entirely in pink, Sally is, in no uncertain terms, a boy. “Are you sure Sally’s a boy?” I wondered, “I think she might actually be a girl.” Talitha gave me a look bordering on exasperation: “No, mummy. Sally is a boy – actually!” Ah, right. How silly of me to question it.

I had a few concerns around gifts this year. What we would give Talitha was the least of them. I worried that she would be overwhelmed with receiving gifts, that they would steal the focus of this past week and that they would make her greedy. While we did get a lot of “I need to open another present”, she was very interested in other people opening presents too. Today she asked if we could wrap more presents. When we were at her grandparents’ house, she was concerned that everybody in the room have a gift to open.

I feel that two things have helped. One is that the gift giving was staggered. We spent Christmas on our own this year so we opened stockings in the family bed. Laurence and I had filled each other’s (because Santa only gives presents to children, you see) and her fillers were from Santa Claus though no big deal was made of this. We spent the day helping with Christmas dinner at our church and when we got back we opened gifts from each other. Gifts from family were opened when we saw them at various points.

The other help has been thank you cards. It’s not a tradition I grew up with at all and I’ve been a bit suspicious of it in the past but now that I have a child, I’ve embraced it and resolved that we’d actually do them this year. Talitha is wholeheartedly into them and keeps reminding me of a couple we must write tomorrow.

For Laurence and I, this has been the first year since getting married that we’ve been able to afford to buy each other Christmas presents. I was even able to give him decent stocking fillers thanks to Halifax who gave me Amazon vouchers so I could give someone close to me a little bit extra this Christmas. I’d never have thought that some socks, a water bottle, a lunchbox and a book on gardening, all in a stocking, could be such a marker between two people but it was wonderful to finally feel able to give him things I felt were wanted or needed.

Gifts are not a prominent “love language” for either of us, which explains why we’re not very good at giving them to each other or even at organising them for the other people in our lives. I think this Christmas has reminded us of what gifts are – a small physical symbol for something much greater and intangible.

Today, over lunch, I absentmindedly mentioned to Talitha that the baby would give her a gift when she arrives. Before I had the chance to regret saying it, she replied: “I am going to give the baby a gift as well.” In eleven words, my two-and-a-half-year-old made me think that just maybe I don’t have much to worry about. At all.

A boy named Sally – and some thoughts on giving