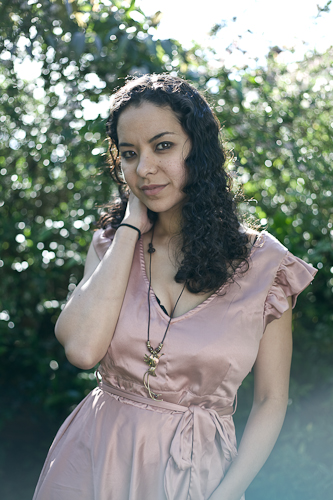 I hardly ever buy clothes for myself these days. That’s what I realised as I browsed Zalando trying to find something to wear to my brother’s wedding.

Almost every purchase I’ve made over the past three years has been for someone else, save some maternity buys and that’s only because my mum read about my uniboob and decided I needed to be rescued. Even then it was mainly second hand clothes from charity shops.

So it was a bit of a treat to buy something new for myself. And, well, I’m a bridesmaid for my sister-in-law to be. I think the only pink thing I own is a cardigan with a hole in the armpit. She’ll kill me if I wear that and if she doesn’t, the sun in Trinidad will.

So I selected “pink” and “cocktail dresses” and arrived at this Vera Moda JINN cocktail dress in pink. Available in size 10? Yes. Perfection.

The bridal party is supposed to wear gold shoes. I’ve got a pair of heels from my own wedding but figure having flats to change into would be a good idea as I’ll be carrying a fourteen-month-old for most of the day. So I chose these seven seconds ballet pumps in gold.

They arrived in the post a few days after I made the online purchase which was pretty snappy, I thought.

I instantly fell for the dress’ fabric, even though I’m still not sure it’s quite my colour it’s growing on me. It’s going to need ironing which is a huge no-no for me but I love the feel. I’m looking forward to getting on the dance floor in it. Yes, Liam, what kind of wedding would it be if your sister didn’t embarrass you?

The shoes, however, purported by the site’s size guide to be a 7 did not fit. I’d recommend going a half size up from your usual size if you get these.

So I had to return them, which was, umm, awkward. First off, they couldn’t be exchanged – they had to be returned. Then I had to print a form to return them which would have been a faff had I been out of printer ink, as I often am. Finally, the item couldn’t be returned at the post office. Rather, I had to find a collect+. My closest one is over a mile away and I don’t drive. So it was a bit inconvenient.

Anyway, shoes returned, I took another look around, wondering what to buy instead. I considered getting the shoes in the correct size but I hadn’t been that in love with them when I saw them in person. I also really didn’t want to have to repeat the returns process so thought I better go for something I was sure of.

Instead I decided to get something not because I needed it but just for the sake of it. I love Levi’s but don’t own anything by them so had a look at their t-shirts and chose this Levi’s top in grey.

I don’t know if it’s Bristol getting into my blood after two years of living here but I’ve really been feeling the graphic prints lately.

I also love the fit, especially since weaning off domperidone a couple of months ago seems to have coincided with me losing a bit more of my baby weight. I don’t know if there’s a connection – it just feels like there is.

I’m thinking that I might wear this to BritMums Live! Blogging conference later this month. I’m not that organised though so we’ll see.

Zalando sent me a voucher so I could review their online store and products.