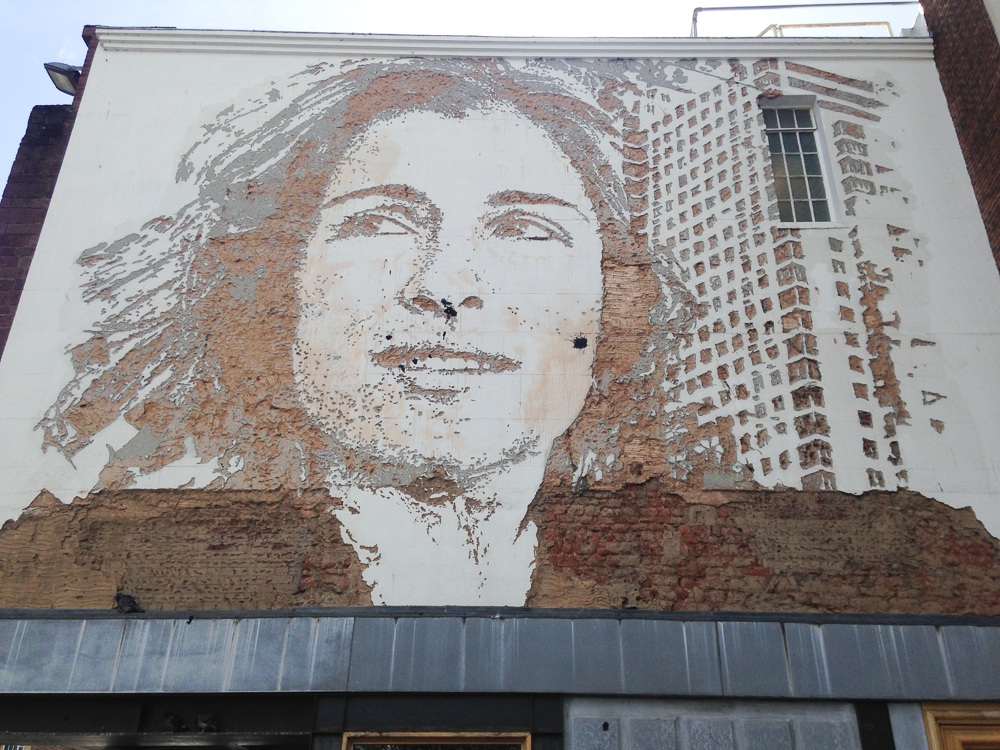 We’d been planning to head over to Exeter for ages. It’s Laurence’s university town and so, an important part of his life, but I’d never seen it. The chance to visit together came up when First Great Western gave us a weekend there a few weeks ago. It made a great city break and a chance to connect as a family before Laurence headed off to start working in London.

We made the journey over there at night after Laurence finished work so it was an exciting “past bedtime” train journey from Bristol to Exeter. We each slung a kid and they conked out.

From the time we left the station for the hotel, Laurence was clearly hit with nostalgia. I was intrigued, listening to his stories, that there’s a side of him I’ve never met, a whole life lived that I’ll never fully picture. It’s hard to imagine.

After breakfast in the morning, we set off to look around the city. Apparently it’s changed. We stopped off at a vintage store that was once a surf shop and walked past a nightclub on the quay no longer in operation.

Walking around the quay was probably particularly surreal. He’d only ever been clubbing around here yet we spent most of the morning dipping in and out of craft shops along the waterside.

We spent a lot of the day on or around Cathedral Green, a great spot for the kids to run about while we relaxed. There’s an amazing vegetarian spot there called The Plant Cafe. They made me fall in love with salads all over again!

Exploring some more we checked out Pincesshay shopping centre, which wasn’t there in Laurence’s uni days and stumbled upon the 15th-century almshouse ruins smack in the middle of the city – a real surprise!

What struck me about walking around Exeter is that there’s something comforting about exploring a city of this size. It’s much smaller than Bristol so you can pretty easily get by with walking most places and it feels more knowable. It’s also kind of a folk-mecca. Folk music is everywhere.

We made the most of our visit by meeting up with family and friends who live there, which made it a real treat. We even managed to sneak in Sunday lunch at Harry’s, the restaurant where Laurence and his parents celebrated on his graduation day.

I’m really glad we finally made it over there. It’s a pretty straightforward journey, actually, so I’m sure we’ll do it again.

Now that we’ve been there, I feel like I’ve got to know Laurence a little bit better. Is that strange to say about someone you’ve been married to for nearing six years? Six years isn’t that long, really.

In some small way, we’ve made some history in this city there together. And now I feel a bit attached to Exeter too.

Thanks to First Great Western for giving us a weekend in Exeter as part of its #BeAGreatWesterner campaign.