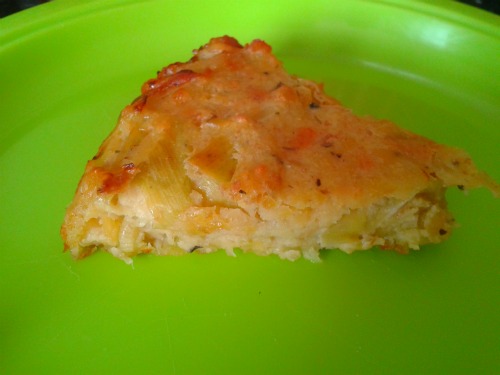 This has been an exciting month for watching Talitha discover food. She turns one next week and can now eat pretty proficiently with a pre-loaded spoon (not quite as messily as this). She’s also started asking for food by signing and actually eats at each meal, instead of just throwing everything on the floor pretty much right away.

When I mention this approach to people, they often respond with surprise and bit of discomfort. I wonder if it’s because it goes against weaning traditions we feel strange about questioning. Perhaps some reading around might lead to Tori’s conclusion in FIToriBlog. She decided on No rice cereal for baby. Instead she chose to start solids with variety. Based on my own research I’ve gone ahead and introduced dairy and starchy carbohydrates but in terms of wrapping your head around “how-to” with BLW solids in general, this post gives good insight and she adds a few more ideas here too.

This could all sound a bit too parent-led, ironically, and too much of a “method”. It could, except that some parents find their babies choose to encounter solid foods this way. That’s what Debbie from Johnson Babies met with her twin boys. One month they got sick and the next, they would not have purees.

Jennifer from Jennifer’s Little World also had a spoon-refuser. While she went along with it, she soon discovered that letting Mia feed herself was messy! So she’s offered some tips on how to deal with the mess.

The thing is, even though this BLW thing is all about trusting your baby, it can be really nerve wracking when they don’t seem to be eating anything. Bod for tea reckons that iron deficiency was to blame for her daughter’s poor appetite. She also gathered a few ideas for coping with her daughter’s fussy eating habits.

Unlike her DD, Talitha loves meat. It’s the vegetables she keeps handing me. I’ve learned that, unless it’s a courgette, we’ll have more success if they’re cooked in something like this lentil pie Kate from Life, love and living with boys shared with me.

It’s a yummy note on which to end:

Cook the lentils in the water and add half a clove of garlic or a dash if garlic puree until soft and all the liquid has been absorbed.

In saucepan, melt the butter and fry the leeks until transparent.

Let the lentils and onions cool then add the eggs, breadcrumbs and cheese. Press the mixture into an oiled sandwich tin, I found there was enough mixture to fill two small ones.

Serve warm or cold as a snack or with veg as a main.

Best thing about this recipe is that you can adapt it with whatever you’ve got in the cupboards. Add peas and ham perhaps. It’s easy for little ones to feed themselves with, soft to chew and both my boys (33 & 13 mths) love eating it.”

Thank you for all your BLW posts. Bit by bit I’m gaining confidence in shopping and food prep for Talitha and you’ve played a part in that. The next carnival is on July 2nd. Please send me your links or, if you don’t blog, your pictures, recipes or a few lines about your experiences. Email them to adele@circusqueen.com by June 30th. 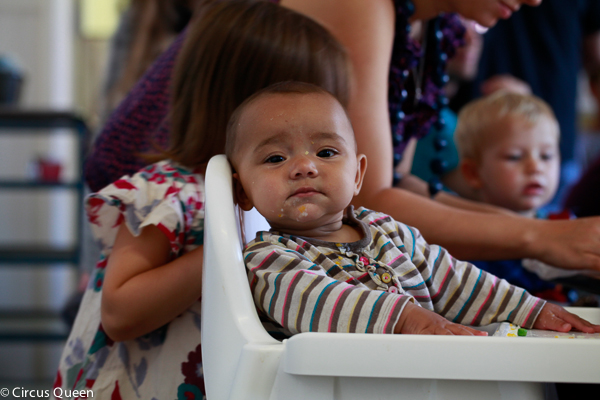 While chatting with a friend about weaning, it occurred to both of us that we can’t remember much about our what our first children did when. It seems a bit ridiculous that I’ve forgotten all about it. After all, I did blog about it (Oh... 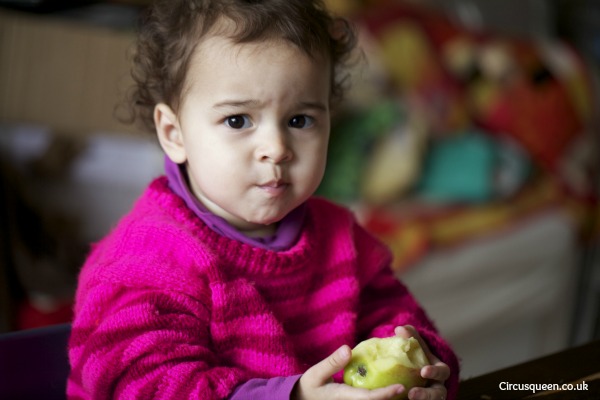