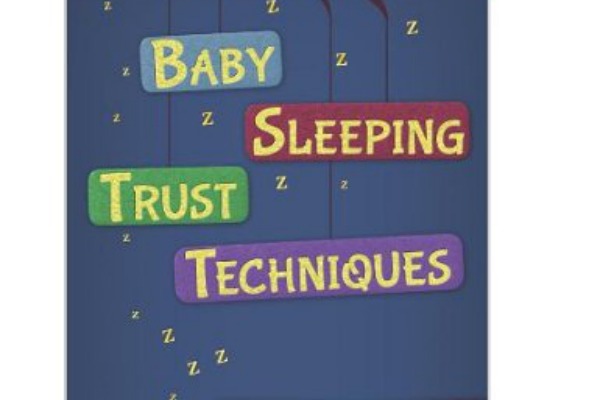 I recently read Rebecca Welton’s Baby Sleeping Trust Techniques – Alternatives to Controlled Crying, and as infant sleep is a topic that seems to keep coming up in my conversations these days (both because I’m supporting others and because I’m looking toward the long neck of sleep deprivation once more), it seems timely.

It is an accessible read and, to be sure, a compassionate, sincere and often sensible one too. I fully embrace her much repeated assertion that night waking is normal and that sleeping through is a learned skill for all humans. However, I’m hesitant about some of the solutions offered. Some of this admittedly comes from the bias of my own experience as a parent who bedshared with her baby and found acceptance of her reliance on me the antidote to my frustrations over sleep deprivation, ie I became pretty happy with snuggling in and sticking a boob in as and when. The rest comes from awareness of how gaps in what’s said could be misinterpreted by parents desperate for sleep. There are, however, some useful suggestions in this book and I suspect that although it’s affirming of bedsharing (she refers to it as co-sleeping) it’s really better suited to those who would rather not sleep with their children, so I’m not really its target audience.

“As a species, it has been evolutionarily advantageous for babies to wake often overnight. Not only does it facilitate their physical and mental growth, but babies who woke easily whenever they were in uncomfortable or threatening situations were the ones who were likely to survive.”

Throughout, Welton paints pictures of her own family that many can identify with. Her aim is to bring together as one resource a number of gentler ideas from many sources. The basis is trust between parent and baby and the book even looks at helping siblings and coping with your own sleep deprivation. I found her explanation of the potential effects of controlled crying on the whole family particularly interesting. There are some solid practical ideas particularly for helping an older sibling understand and be a part of the sleeping plan: explaining to them what’s happening and why, special games and toys with someone else, getting them involved, amongst others. The reward/praise suggestions for getting older children to play quietly while the baby sleeps aren’t consistent with our parenting, though. Otherwise, there are some practical tips I’ll no doubt call on when life with two begins.

“Mothers who co-sleep tend to naturally sleep in a ‘c’ shape around their baby. This protests your baby from the pillow or blanket covering her face. Many families do co-sleep with their babies and the most important thing is to do so in the safest way possible.”

There are also sensible ideas about sleep cues and taking care not to make sleep more difficult than it need be. I nodded along to Welton’s description of her son’s napping schedule – two naps, 20 minutes. I remember feeling about to lose my mind over naps. Learning to develop and stick to a routine and helping her sleep as soon as he showed signs of tiredness were gold for us, just as she recommends. She’s also very encouraging of babywearing and seeking out sling meets to find the right carrier for you. The chapter on co-sleeping also pulls out great benefits which aren’t talked about enough. For us, both have been invaluable and I’m preparing to wear another baby. However, the discussions of nightweaning feel anecdotal rather than evidence-based and while it can be valuable to share maternal experience and wisdom (of course, it counts for a lot!), I am very uncomfortable that there is no mention of at what age other than certainly not in the first six months of life.

As for the techniques themselves, I feel the first “Gently Does it” is the kindest. It involves very gradually progressing from putting your baby down “sleepy but not asleep” to speaking sleep cues from outside your baby’s door. Personally, I would not have had the will to take on the work this technique involves, especially when breastfeeding while lying down meant I hardly knew how many times we were waking most of the time. But I can see that if you really don’t want your baby in bed with you, this may well be a route to explore.

The other cot techniques I’m just not comfortable with, personally. They all involve some form of not picking up, touching or even looking at babies. While this may allow parents to say “at least I’m not leaving them alone” my gut reaction is to wonder what is felt by a baby who doesn’t have the life experience to understand the parent’s intention. As for the co-sleeping technique “Playing dumb” I can see how that would work but I have questions about the age at which that would be developmentally appropriate. At some stage helping a child prioritise sleep over nursing can become necessary but I’m just asking when?

I guess I’m also coming at this from the perspective that sleeping through the night isn’t really something I actively taught my child. In many ways, I’ve probably been lucky. Other than giving her a good routine, including a solid bedtime, she kind of got there on her own. At two, she no longer needs or even wants to be fed to sleep and she’s in her own bed now, primarily by her own choice. We did night-wean so that was a teaching thing but she wasn’t waking much at all when we started that process. It was also something that came after the age of two. We’re also genuinely looking forward to bedsharing with our new baby and possibly welcoming our toddler back into the family bed (not next to the newborn, obviously!).

I’m not saying that everyone should do as we do – certainly not! I know full well that bedsharing is not for everyone and that families make different decisions and have different outcomes when it comes to breastfeeding. To that end, I echo Welton’s assertion that nightwaking as babies grow and develop is normal and that every baby is different. I’m just saying that, even if you just go with the flow, it can work out. A sleep problem is only a problem if it’s a problem for you, if that makes sense. But if it is a problem, then, well, this book may well offer you ideas to think about which differ from a lot of what’s out there.

I was sent a copy of Baby Sleeping Trust Techniques for the purpose of this review.