Back from a holiday at home 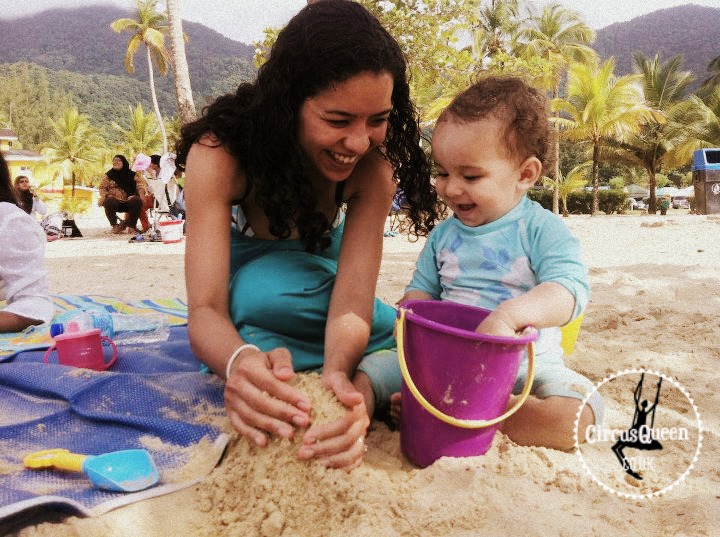 It’s been pretty quiet around here. We’ve just got back from a month away in Trinidad and Tobago. So much has happened in that time I can scarcely believe it’s only been four weeks.

It was just enough time to make me feel disoriented and a bit sad upon returning to Bristol. The distance from my parents hurts more now that we have Talitha to share. I always leave wondering whether I’ll ever live there again. Not knowing the answer puts a lump in my throat.

Our arrival has been eased by two things: the sunny weather here in England and the last days of the 2012 Paralympics. These games drew me in and captured my imagination in a way that the Olympics hadn’t.

Channel 4 has done a commendable job in covering it. The steam punk flair and drama of the Paralympics closing ceremony made the Olympics closing ceremony look a mess. All in all, the buzz around these games has been so inspiring, it hopefully redefines “disability” for Britain and beyond. Certainly, all of London 2012 seems to have got everyone fired up about sports. Even I’m tempted.

I’m sitting here watching the closing ceremony while Talitha dances to Coldplay with pen and paper in hand. This moment feels like it marks all the month’s changes.

We got through the worst illness she’s had yet. We think it was tonsillitis. It was hard. She stopped breastfeeding. She lived in my arms. She got better. She started breastfeeding again. Our bond is stronger.

She dances with different styles for different rhythms. She’s added the signs for “drink”, “bird” and “dog” to “eat” and “cat”. She actually walks now. All the time. She babbles lots like she’s really saying something. She’s developed an irritating obsession with playing with the other nipple while breastfeeding (I’m trying to break this habit – a post for another day). She is much taller.

Another change: my brother is married. His wedding was our reason for going to Trinidad. His wife has become a friend over the years and it was an honour to join their wedding party. This merits its own space. I won’t write more about it just now but will only say that the day was beautiful.

Last Wednesday marked our third wedding anniversary. Three years is no time at all. Yet it’s been enough time to build a life together, enough time to make it impossible to imagine life without the other.

I feel like we’ve come back from our time away refreshed and ready to try new things, even if we’re not sure what yet. We’ve had time to enjoy Talitha and each other and to have longer conversations than day to day life allows. Perhaps we should thank my brother for this too, for making us go to Trinidad for the second time in seven months.

A Trip “Home” to Trinidad and Tobago

Episode 2
Back from a holiday at home