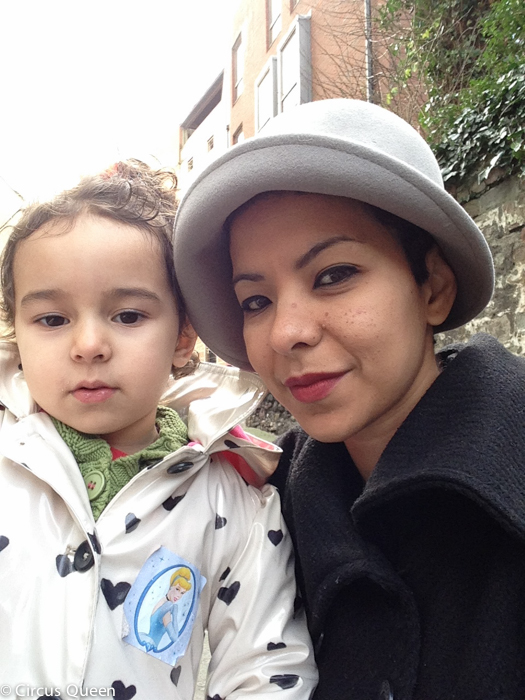 Talitha and I have been getting an education in the British naturalisation process. I’ve qualified to apply to become a British citizen for about a year now but I’ve only just got around to doing something about it. Finally, I submitted my application two days ago. And, of course, because both my children are with me ALL THE TIME these days, they, their rattles and Hello Kitty puzzles, food, drinks and QUESTIONS went with me to Bristol Registry Office for the Nationality Checking Service appointment.

Typically, I wound up filling out the form the day before and suddenly realised that I needed referees and passport sized photographs. Eek. Realised this at 5pm-ish, I should add. Cue me rushing together some supper so we could drive around and get friends’ signatures (thanks, guys!) and go into town to hit up a photo booth and get one of the ugliest photos of myself to date. Five quid for the pleasure.

Obviously, this is my fault. And I am so glad all the documentation is in. Now I’m just playing the waiting game. The interesting thing about that last-minute dash was that Talitha was very involved and therefore very interested in what was going on.

She wanted to know what a citizen was. After a bit of head scratching, I explained that being a citizen means belonging to a country. She understands the concept of countries because we’ve been to Trinidad and Tobago. She knows my parents live there and that I grew up there. We look at the map together and she knows where T&T is, where England is and that that is where we are now.

“Do you want to belong here, Mummy?” she asked.

I caught my breath. The bigness of that idea.

“I suppose so,” I said. But it’s so much more complicated than that. I can’t explain to her that even if the ink hits the paper to call me British, even when I marry the United Kingdom in a citizenship ceremony and sing the national anthem, even after marrying a British man, having British children, learning a British accent, British cultural markers, some British sensibilities, even then I’m not sure I’ll ever belong here.

In the past couple of weeks, I’ve experimented with saying “our country”, casually dropping it into conversations. No one’s noticed. But it feels so odd for me to say it.

Then again, I read Trinidad and Tobago news, I see my friends’ and family’s Facebook statuses, I look at old photos and I feel the distance. While that place is an inseparable face on the prism through which I view myself and the world, it’s begun to feel a bit like pretending when I call it “my country” too. That makes me feel a little sad.

Luckily, I will have dual citizenship but I’m not sure I’m telling the truth when I explain “citizenship” as belonging. Or maybe it’s truer than I’m prepared to accept.

I handed over my documents on Tuesday and we made our way to the registry office’s lift.

“Are you a British cit-ah-sion now, Mummy?”