“Breastfeeding a five-year-old. That’s too old.” 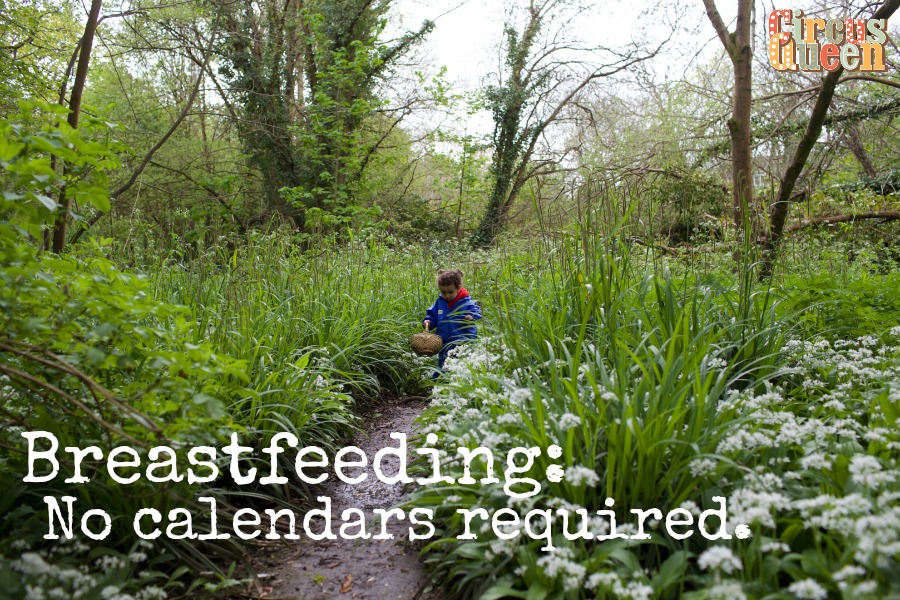 There’s been a whole hoo-haa in the media last week about breastfeeding older children. Sharon Spink, a mother of four, appeared in The Sun and on This Morning to talk about her experience of breastfeeding her five-year-old (the Daily Mail’s coverage is surprisingly positive so that’s what I’ve linked to).

Opinion is divided on whether this kind of publicity actually raises awareness in support of natural term breastfeeding or whether it holds up a parenting choice, or even an individual person, as a spectre. I’m not really sure what I think about that but I’m not particularly interested in discussing that at the moment.

When Sharon mentioned in an online group I co-moderate that she would be appearing, I braced myself for the inevitable comments that her story would be met with. And they came.

While many who’ve responded with revulsion clearly have no interest in having a conversation about natural term breastfeeding or attempting to understand another’s perspective, I was struck that many others are asking a real question when they say five years old is too old.

We talk about “continuing to breastfeed” as if it’s an active choice a mother is making every day, at every feed, when actually, unless your child self-weans or your baby has a nursing strike, stopping is the choice that’s interventionist. Why would you choose to stop something that’s still working for you and your child?

Without our help, children do eventually self-wean. Breastfeeding is well-designed. Children eventually lose their need, urge and even ability to do it. It begins with a small baby starting to become more interested in the world and ends with a child who probably doesn’t remember the last time they nursed, so gradual and gentle was the transition. It’s a process that doesn’t require our help in order to happen.

Though most of us do help in some way – even many of us who want our children to breastfeed until they naturally move on. As our children grow older, our relationship naturally changes. We may start encouraging them to wait while we finish something, or try counting with them during a feed, or begin to call on other tools for nighttime parenting. Breastfeeding might be something that happens in certain places or at certain times or in certain circumstances.

Not everyone chooses to implement limits as time goes by but it seems natural that we offer the breast less as our children grow older. Of course, they ask less too.

So, if weaning is going to happen, what’s the great drive to hurry it along if mother and child are both enjoying breastfeeding and its benefits? Hang on, are there benefits? Well yes, human milk continues to meet specific and changing needs over time, and so does the act of breastfeeding. It would seem that we are wired for our drive to breastfeed to go hand in hand with the maturation of our immune system and full range of development. From this perspective it would make sense that breastfeeding should last for years, not months.

It might be interesting to consider at this point a concluding paragraph from Katherine A Dettwyler’s A Time to Wean:

“The human primate data suggest that human children are designed to receive all of the benefits of breast milk and breastfeeding for an absolute minimum of two and a half years, and an apparent upper limit of around 7 years. Natural selection has favored those infants with a strong, genetically coded blueprint that programs them to expect nursing to continue for a number of years after birth and results in the urge to suckle remaining strong for this entire period. Many societies today are able to meet a child’s nutritional needs with modified adult foods after the age of three or four years. Western, industrialized societies can compensate for some (but not all) of the immunological benefits of breastfeeding with antibiotics, vaccines and improved sanitation. But the physical, cognitive, and emotional needs of the young child persist. Health care professionals, parents, and the general public should be made aware that somewhere between three and seven years may be a reasonable and appropriate age of weaning for humans, however uncommon it may be in the United States to nurse an infant through toddlerhood and beyond.” [emphasis mine]

Obviously, this isn’t intended to preach at those who want or choose to wean early, or to put salt in for anyone who didn’t manage to breastfeed as long as they would have liked to. Things happen as they do for any number of reasons.

I’ve been very fortunate to receive support and information to allow me to establish and continue breastfeeding my older daughter who will soon be three (through the hell of tongue-tie and low supply, then through the less-discussed challenges of pregnancy and now alongside her baby sister). I also happen to live in the place, time and circumstances, and among people, that make my decision – my hope – to let breastfeeding take its natural course a relatively comfortable one.

No one’s called my child too old (to our faces, anyway) but there has sometimes been surprise if the fact that she’s still breastfeeding comes up, which it doesn’t often. I don’t pick up animosity in this. I imagine there’s curiosity behind their surprise. Perhaps they’re just wondering why.

More to read, if you fancy:

“A Time to Wean”, Katherine A. Dettwyler, PhD Department of Anthropology Texas A & M University College Station Texas, from Breastfeeding Abstracts, August 1994, Volume 14, Number 1, pp. 3-4.
“Why Mothers Nurse Their Children into Toddlerhood”, Norma Jane Bumgarner, excerpt from Mothering Your Nursing Toddler
Breastfeeding Past Infancy: Links, Kellymom.
The Womanly Art of Breastfeeding, La Leche League, Pinter & Martin.
You, Me and the Breast, a children’s book about breastfeeding following a child’s breastfeeding journey from to birth to childhood. My daughter loves it!