Breastfeeding while pregnant – the first trimester 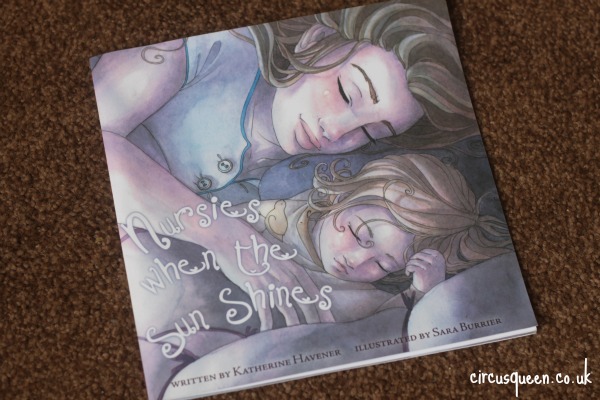 I’m not sure how we got on to the topic but at some point in the midwife’s office, I mentioned that I was still breastfeeding. I didn’t look at faces for visible reactions because I was already clear on what I thought of the matter and slightly anticipated some ill-concealed negativity. I needn’t have worried. Without missing a beat, the midwife congratulated me, “Good for you!” and sounded genuine. She even offered to hand out leaflets for the breastfeeding group I’m a peer supporter at when I mentioned it.

It’s usually assumed if you’re pregnant that you’re no longer breastfeeding. Most people would assume you’re no longer breastfeeding your two-year-old, regardless. The combination is shrouded in taboo and most children in the UK aren’t breastfed long enough for their mothers to face the dilemma of whether to continue after conception. Not that it was particularly a dilemma for me. I happened to get pregnant and I happened to be breastfeeding. I didn’t – and still don’t – really have a plan.

OK, I suppose that’s not entirely true. I would ideally like Talitha to wean when she’s outgrown her need to breastfeed. She’s 26 months now and I’m happy to see where we go. That doesn’t mean I’ve completely ruled out mother-led weaning either. Breastfeeding is a relationship and relationships are too complex to be dictated by rules. At any rate, I suppose some of what I’ve done to make breastfeeding while pregnant more manageable could be considered a form of gradual weaning.

What I’m trying to say, though, is that I’ve been open. Open to her (and maybe me) choosing to stop sooner rather than later and open even to the possibility of tandem breastfeeding. Neither one is a goal. At the moment, the aim is as it has always been: to make it through today. That has become more complicated since falling pregnant.

My nipples are often sore though nowhere near the agony they were in during my first pregnancy. When I was pregnant with Talitha and described the feeling of someone holding a flame to my nipples, I openly glared at midwives who responded: “Ah yes, nipples can get a bit tender during pregnancy.” A bit tender? Really? What I’m describing sounds “tender”?! However, I’d say that this time, yes, they’re just a bit sore – a bit tender. So, though breastfeeding sometimes hurts a bit, so far it’s been mostly doable. I’ve sometimes taken her off and asked her to re-latch with a “bigger mouth” or distracted myself with my phone or a book if that’s not helping.

However, I’ve found nursing aversion and nausea more challenging. In fact, I’ve found them impossible. I’ll explain what I mean by “nursing aversion”. There are times when I breastfeed my daughter and instead of getting a cuddly feeling of connection with her, I have an animal urge to throw her off me. I just want to stop. Talking to other mothers who’ve walked this path before me, and reading Adventures in Tandem Nursing: Breastfeeding during Pregnancy and Beyond, I realise this is a very common experience. No one can tell you how you’re going to feel about it or how you should respond. It’s too personal.

For me, these intolerable feelings have only accompanied night feeds so we decided to night wean. Some families do manage to bedshare and night wean but we thought we’d try moving her out of the family bed since she seemed happy enough in the little bed we’d set up in her bedroom. What she wasn’t happy about was Daddy attending to her when she woke up at night. In fact, she screamed and screamed.

It was awful to hear but we knew that he needed to find a way of parenting her at night – she’d been rejecting his comfort for months. We agree that the experience of crying in the arms of a loving parent is very different from being left to cry alone. I also knew that she was able to handle the change, not because of some arbitrary age she’d hit but because I know her and am confident in the foundation of trust we have built with her with past two years.

After a couple more nights, with less waking and crying for “Milk!” and she began to sleep through in her own bed. It’s been a few weeks now so I finally feel like I can say that. She has had the odd night waking but she accepts Laurence’s comfort more easily. The deal is he takes the night shift – and she usually doesn’t wake up anyway. From 5am, I take over. So, that means she comes into bed for a sleepy feed at 5 or 6 and we all get up for the day at 7. I always make sure to tell her when I get her at this waking, “It’s morning! Milky when the sun shines!” to keep consistency. It comes from the beautiful chidlren’s book Nursies When the Sun Shines that we’ve been reading to help her through the transition.

As with any bit of parenting, nothing could prepare me for how much of this journey would be unknown. No woman can predict how she will feel, whether her child will self-wean or show no loss of enthusiasm or even what will happen to her milk and when. The last one has been such a surprise to me. Less than three months into this pregnancy and my supply has plummeted. I can only hear the occasional swallow, she mostly flutter sucks and she switches back and forth between breasts rapidly (particularly fun as you can imagine). She’s even on occasion come off the breast to tell me “Milk not enough” or “Milk not working” and, when I’m putting her to sleep, she mostly instructs me to sing to her rather than to nurse her. At first, I was managing the discomfort of breastfeeding while pregnant by limiting her feeds to three a day but now, she seems to be losing interest.

I couldn’t have known how I’d feel about this and I still don’t really. A part of me is sad that this significant chapter of our life together may be coming to a close but another part of me is also a little relieved at the prospect that she might wean before the new baby comes.

It’s significant to me that there is no “should” here. Breastfeeding through pregnancy is such a unique experience and just as I would respect another mother’s space to decide how she will face it, I offer myself the same kindness. I cannot know how I feel next week. I cannot know how Talitha will. I can only be patient with us. I can only trust that these years of breastfeeding have prepared us for whatever comes next.