Breastfeeding without Domperidone: the drugs do work but I don’t need them anymore 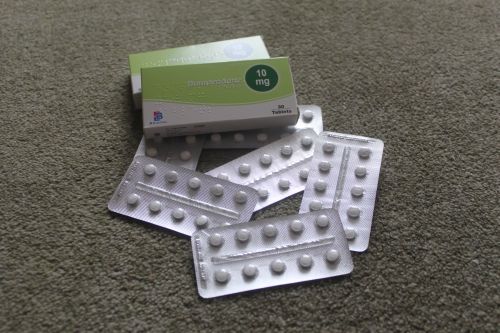 I was cleaning up the kitchen last night when I came across an empty Domperidone box, which I binned. My breastfeeding days with this drug are over. I no longer need it. Truth be told, I’m not entirely sure when I stopped needing it but I found weaning off it slowly the best way to stabilise.

I’d been taking it to increase my milk supply after trying everything else (pumping, compressions, an SNS). It’s actually meant for nausea but as a side effect increases milk supply by blocking dopamine which then raises your prolactin levels. Now that I no longer need it, I’m able to reflect on the eight months of using it.

I worry that some of the talk about Domperidone among breastfeeding mothers portrays it as a catch-all solution rather than a last resort. The problem is that it works and if you’re experiencing low milk supply, you’re desperate for something that does.

There are a few issues here though. For one thing, it doesn’t work for everyone and it’s not a quick fix. You can’t replace the hard work of pumping to increase milk supply with popping pills. Domperidone helped me get there but it didn’t replace the other steps I was taking, though I eventually did not need to pump or use an SNS as Talitha became more efficient at breastfeeding.

Secondly, there’s a reason doctors are hesitant to prescribe it. I know I sound like I’m contradicting things I’ve said earlier when I railed against GPs for not prescribing it and praised one who did but even while I was saying that, I never intended to take this drug indefinitely. In fact, I was focused on weaning off it sooner rather than later.

The thing is, although the research is being done and there are moves being made to re-categorise Domperidone, putting a drug in your body and therefore your baby’s body (artificial or “natural”) is never ideal. Who really knows what the effect of that is on, say, gut health, for instance.

For me, it was a case of looking at all the information and deciding that my breast milk with Domperidone was preferable to formula. But if I could have done without the drug, that would certainly have been better.

I guess one of the reasons I’m writing about this is that since being so open and public about using Domperidone to increase my milk supply over such a long period (though there have been women in Dr Jack Newman’s clinic who have taken it for up to 18 months), I’ve had a lot of people ask me about it.

Having completed my breastfeeding peer support training and just generally having done a lot more reading about maternal and infant health in the past year, I’ve grown really reluctant in my responses, lest anyone take my experience as advice, which it most certainly is not. I am not a medical professional and while I do think other breastfeeding mothers are the most powerful resource most women need, when it comes to drugs, you need to look into the information thoroughly and satisfy yourself.

I am grateful to still be breastfeeding at almost a year. It isn’t the be-all and end-all but I am grateful. And I recognise the part that Domperidone has played in helping me get here. Still, I’m glad to be free of it. It means that I don’t feel like there’s a deadline, we can just let breastfeeding progress normally. I also don’t have any worries about accidentally getting pregnant while on it (the information on this is unclear at best).

Read more about my breastfeeding journey with Domperidone over on Plus 2.4