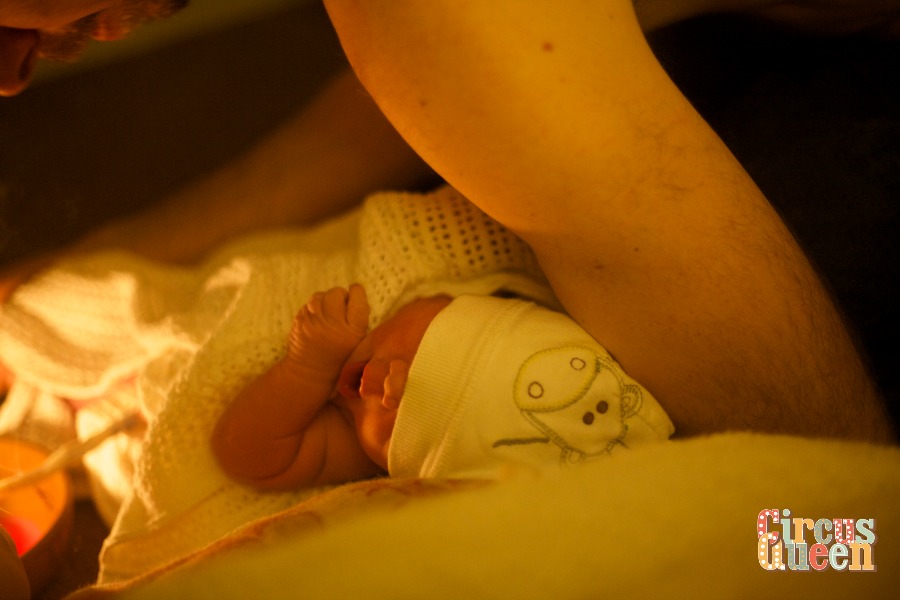 I first heard about umbilical cord burning from my doula. She suggested that it could be a ceremonial way to celebrate a baby’s final separation from her mother.

I wasn’t totally convinced but my interest was piqued enough for me to go looking for more information on the Internet. I had no questions about its safety. After all, it’s the way umbilical cords are severed in places where sterile instruments are not available.

It just kind of felt like another “thing”, you know? And I needed to be convinced it was something I wanted in case the midwives who came took issue with it. I definitely knew I did not want a hospital clamp, though, and this was one alternative.

We actually ended up going with burning the umbilical cord because I was very disorganised. I lost the embroidery threads I was going to use to braid a cord tie and procrastinated about getting them replaced. So, cord burning by default.

Decision made, I looked forward to it, thinking I might say a prayer while we were burning it. Laurence wasn’t keen so it was supposed to be the doula and me but when it came to it, I was completely exhausted so they did it while I lay back and awkwardly snapped these shots.

On one hand, it was beautiful and did feel significant. Also, there was no need to worry about the midwives. They just kind of let us get on with it.

The cord was tied with a ribbon (embroidery thread would have been better), the placenta placed in a bowl and two candles held to the umbilical cord over a bowl to catch the wax.

It took a long time, though. I didn’t realise this until Laurence told me tonight that it took about thirty minutes! He found it stressful because we were waiting for an ambulance to arrive and had no idea when it would. Also, there were concerns over Ophelia’s temperature. Ah well.

As it healed, the umbilical cord got rather smelly. I thought I’d mention that as I couldn’t find much information on this anywhere. It wasn’t a problem at all and the midwife who discharged us from the hospital (we transferred after our home birth) said it was just because of the burning. It’s healed really nicely. The cord fell off on day six.

Having done it, I’m glad we did it but, being totally honest, I’m not sure we’d choose cord burning again.