Can love make me tidy? 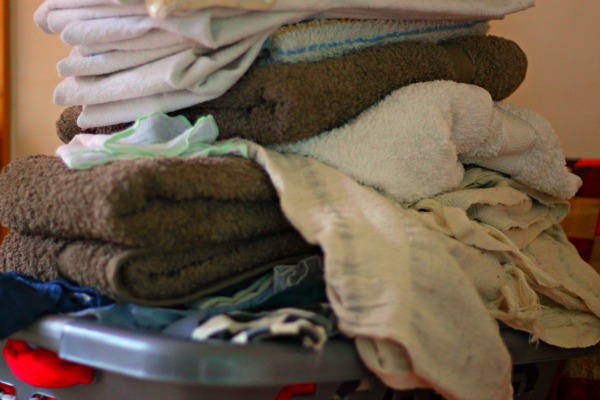 So, I’ve decided to become tidy.

OK, that’s a bit of a grand declaration, probably destined to fail.

I’m going to try to get more organised?

I’ve made the confession here before that I’m a housekeeping disaster.

I made it while I was pregnant and explained that I think good mothers probably fold the laundry instead of stuffing the drawers.

I do that now. Mostly.

Talitha’s room is the most organised one in the house due to this “good mothers do” mentality.

And let’s not go down with the feminist thing.

Yes, I call myself a feminist.

I’m the one with more time so I consider most of this responsibility mine.

Honestly, I have been on the path to rehabilitation, to enlightenment, if you will, and here’s where I am – completely unrecognisable to teenager me but not enough of an improvement on student me.

I’m probably, um, sixty per cent of the way to where I should be?

That may be a little generous some days.

Now that we live in a house, rather than have more space to give everything its place (even writing that phrase I heard my mother’s voice just then – it’s the middle of the night and a bit spooky), it’s kind of become this sprawling landscape for the mess to spread itself, no longer stifled by the confines of a bedroom.

Instead it’s all free to roam: clothes, books, shoes relocating themselves to exciting destinations.

I like to think of it as a house of surprises.

A hunt for the remote control reveals a month-long-sofa-eaten jumper and BOOM!

I have to see things this way.

Otherwise, I stay up way too late at night, overthinking things and slumping into bed with furrowed brow and a slew of pointlessly depressing and, frankly, damaging thoughts.

Basically, I have to get there faster.

I genuinely think there are few criteria to being a good parent outside the fundamental “Love your child and do your best.”

Sometimes we talk about parenting as if we just tick these boxes, obey these rules and we can raise perfection, whatever that is.

On the other side of that we forget how resilient people are.

It doesn’t doom us forever.

We will make mistakes.

Our children will love us anyway.

Mine is only fifteen-months-old so I can’t know for sure.

I’m pretty sure she loves me even when I’m bordering on disgrace.

My parents messed up sometimes.

I still love them.

Not to get too heavy and philosophical about the whole housekeeping thing but I happen to think this really does matter, even though I suck at it.

I’ve been wondering lately about what effect growing up in a messy home could have on Talitha.

Just so you know, I’m not talking cat-poo-amongst-the-toys-on-the-carpet kind of messy.

Let’s just say Martha Stewart wouldn’t shake my hand but no one feels like child services needs to be called, OK?

There are some standards here, people. Ahem.

As I was saying…

There is something in us that reaches out for order, for beauty, for serenity.

Even the messiest people enjoy being somewhere clean and tidy.

Or maybe they don’t because it makes them feel inadequate.

I’m not that far gone, perhaps.

Being places like that makes me a little aspirational.

I come home and think: “Yes, I can do it. I can create that kind of home.”

I organise the spice shelf, do some laundry, check stuff off a list to feel good about myself.

That may be part of the problem: my motivator.

Doing something in order to improve my sense of self-worth is a plan ready to smack itself in the eye.

I’m so used to feeling crummy about what I do that I think, on some perverse level, I find failure comforting.

It means I do not fear it.

So I wondered today while washing up (my house is in a state of relative domestic glory at the moment, actually!) whether fear would yield more consistent results as a motivator.

It may be all the self-help I’ve read and all the Oprah I’ve watched talking, but fear seems like a crummy reason to do something.

So on principle, albeit weak and without anything concrete to support it, I’m rejecting that idea.

Instead I choose love.

I love my husband.

Even more (or just as much, not less, right? – I’m not always sure which it’s supposed to be), I love my daughter.

I love them enough to want to create a home for them, a place where they find all those vaguely Buddhist-sounding ideas I mentioned before: order, beauty and serenity.

I don’t want to cowardly opt out of doing my part in giving them something so vital just because I feel overwhelmed.

I love my friends, present and future, enough to want to offer them a place of rest too, without needing a week’s notice in advance so I can scrub the bathroom walls.

I love God and don’t want to throw all the stuff He’s given me back in His face just because I’m too immature to figure out how to treat it well.

It’s supposed to be powerful.