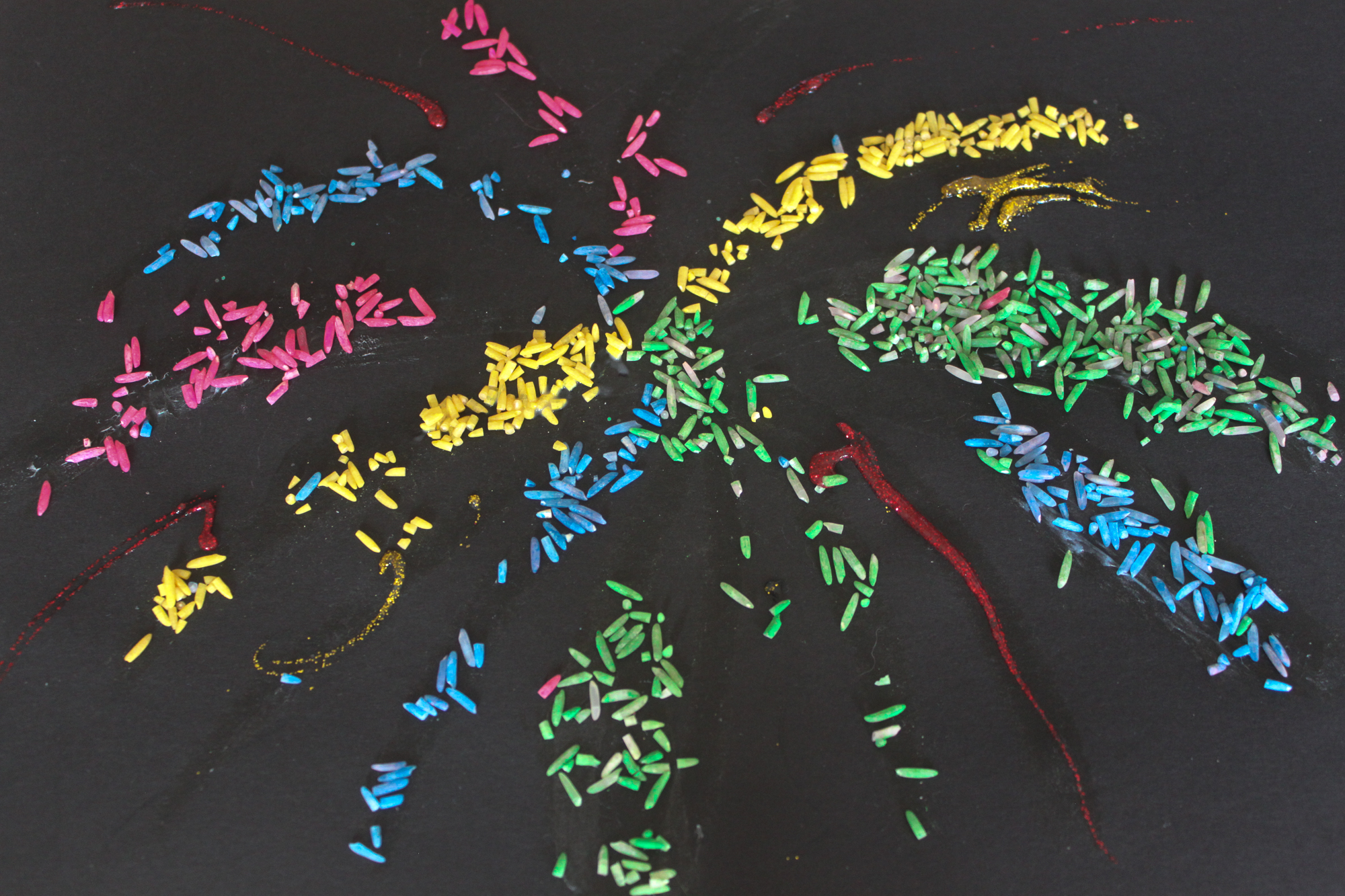 We’re heading into that portion of the year again where fireworks come on the scene. I’ll be collecting a few ideas for exploring fireworks with little ones, I’m sure, but for now I thought I’d share this craft we did last year.

Just before Bonfire Night last year, I wanted to do a simple “fireworks” craft with Talitha. We were in Trinidad and Tobago for Independence Day that August so she got to see a hugely impressive fireworks display there and it was the first time we were far enough away from the action for her to admire the beauty of the fireworks without being frightened by the bang. She talked about it for ages afterwards so I knew she’d enjoy crafting around them. These photos are from when we did this craft a year ago. We might try them again this year.

We looked at a video clip I’d taken of the fireworks we’d seen launched from San Fernando hill in Trinidad for Independence Day and talked about what fireworks are and how they work in basic terms. Then I got out a few photographs I’d gathered for inspiration.

We made our coloured rice by mixing tempura paint into bowls of rice, spreading them out on a tray to dry and breaking them up a bit afterward. We then added some glitter but, actually, adding the glitter while the paint on the rice would be an idea too.

The table was laid with different glue options – a glue pen, a pot with a spreader, and a glue bottle – so she could pick and choose and experiment with what she wanted her fireworks to look like. There was also black paper for the night sky and, of course, our glittery, coloured rice!

I left her to it and, of course, hung the results to dry.

Fireworks feature in so many special occasions: Diwali, Guy Fawkes Night, New Year’s Eve, Independence Day, Chinese New Year and I’m sure there are more! We made New Year’s cards with our coloured rice.

It may seem early for it but we’re already looking forward to the fireworks this Autumn!