Eight ways to save money on your toddler grocery bill 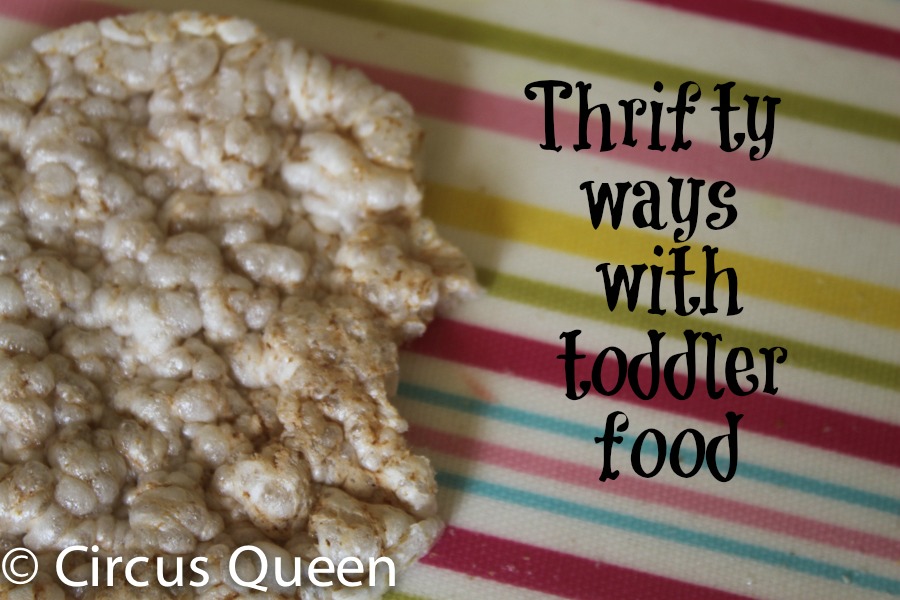 Every now and then, the media gets all excited about how much it costs to do the family thing. Usually, I scoff at the figures: “You can do it for less, surely!” Other times, I do the maths and feel reassured that there’s a reason we never have much money.

According to the NCost of Raising a Child Calculator, the average toddler costs £40. Well, blow me down! Really? I guess that’s really possible, even with a three-year-old like mine who doesn’t seem to eat that much.

Anyway, I did a shop (NatWest sent me some vouchers), and I honestly don’t think I spend £40 on my toddler, in groceries anyway. Here are a few reasons why plus a few I want to try.

1. Make from scratch
I don’t manage it every week but most weeks we do at least one session of baking. If you’d told me this would be part of my routine a few years ago, I would have rolled my eyes at your barefoot-and-pregnant vision of my future. Yet now baking is something I really look forward to doing with Talitha. She gets so much out of it that it’s worth any mess and effort. It also means that we end up with healthy snacks at a fraction of the cost. One of our favourites to cook and bake from is the River Cottage Baby and Toddler Cookbook. It’s not gluten and dairy free friendly, mind, so we don’t share these treats with Laurence.

2. Buy the adult version
Although I’ll buy the odd Organix tomato whatever, I don’t usually go in for toddler snacks. I really resent spending five times the amount on toddler rice cakes when I could just get unsalted adult ones. As for things like breadsticks and biscuits, I think people often expect these to contain less salt and sugar than their adult counterparts but they don’t always! It’s always worth reading the ingredients. You might be better off just buying the adult version and limiting how many you give your child.

3. Buy big and divide
I totally get the convenience of those child sized raisin boxes and yoghurt pots but they’re so expensive, you’re basically paying for packaging. On more organised weeks, I’ll buy just your normal bag of raisins and divide it into little tupperware containers. I’ll also spoon out a bit of yoghurt to take in a plastic tub with us if we’re going out. Talitha’s hardly ever had yoghurt that wasn’t natural so she hasn’t really acquired a taste for the kiddy fruit flavours, anyway, though she’ll definitely opt for them if they’re available!

4. Lay off the juice
Leading on from that, I’m also really glad that we haven’t got into the habit of having juice all the time. We recently had a few juice boxes in the fridge from her birthday last month and I couldn’t believe how quickly she got into asking for juice all the time! Now that it’s gone it’s gone, though, and apart from avoiding the sugar on teeth worries, water is free!

5. Go fresh
It can also be cheaper to just go fresh. An apple is a fraction of the cost of those dried fruit bear things, for instance. And, if I had a child who would eat carrot sticks (she’s always expanding what she’ll eat so I imagine this is in our future), I’d certainly opt for dipping them in houmous over breadsticks. Bananas are also a perfect snack because they’re grab and go. You don’t even need to wash them.

6. Grow your own
And so, if you’re doing the fruit and veg thing, the cheapest way, hands down, is to grow your own. I’m really looking forward to the blackberries in our garden ripening and Laurence has promised me an apple tree this autumn. Easy options for growing food with toddlers are cucumbers and tomatoes. They make such easy snacks too.

8. No second options
As I mentioned, I have a bit of a selective eater. Ever since she had a bout of tonsillitis at fifteen months, Talitha has been a bit picky about what she’ll eat. I don’t know if it was the illness or just something that was going to happen anyway. She has gradually branched out and now all the food groups are covered, to my relief. For a while, however, it seemed like I was spending extra money trying to make sure to have something on the table that she’d eat.

Nowadays, though, there are no second options. I’ll always include something in the meal that I’m sure she’ll eat but what’s on the table is what’s on offer. It’s saved both my sanity and money and it’s even meant that she’s tried and discovered she liked a number of new things.

Is there anything I’ve missed? What do you reckon you spend on your child’s groceries? I suppose if your child is in disposable nappies that adds a cost too.