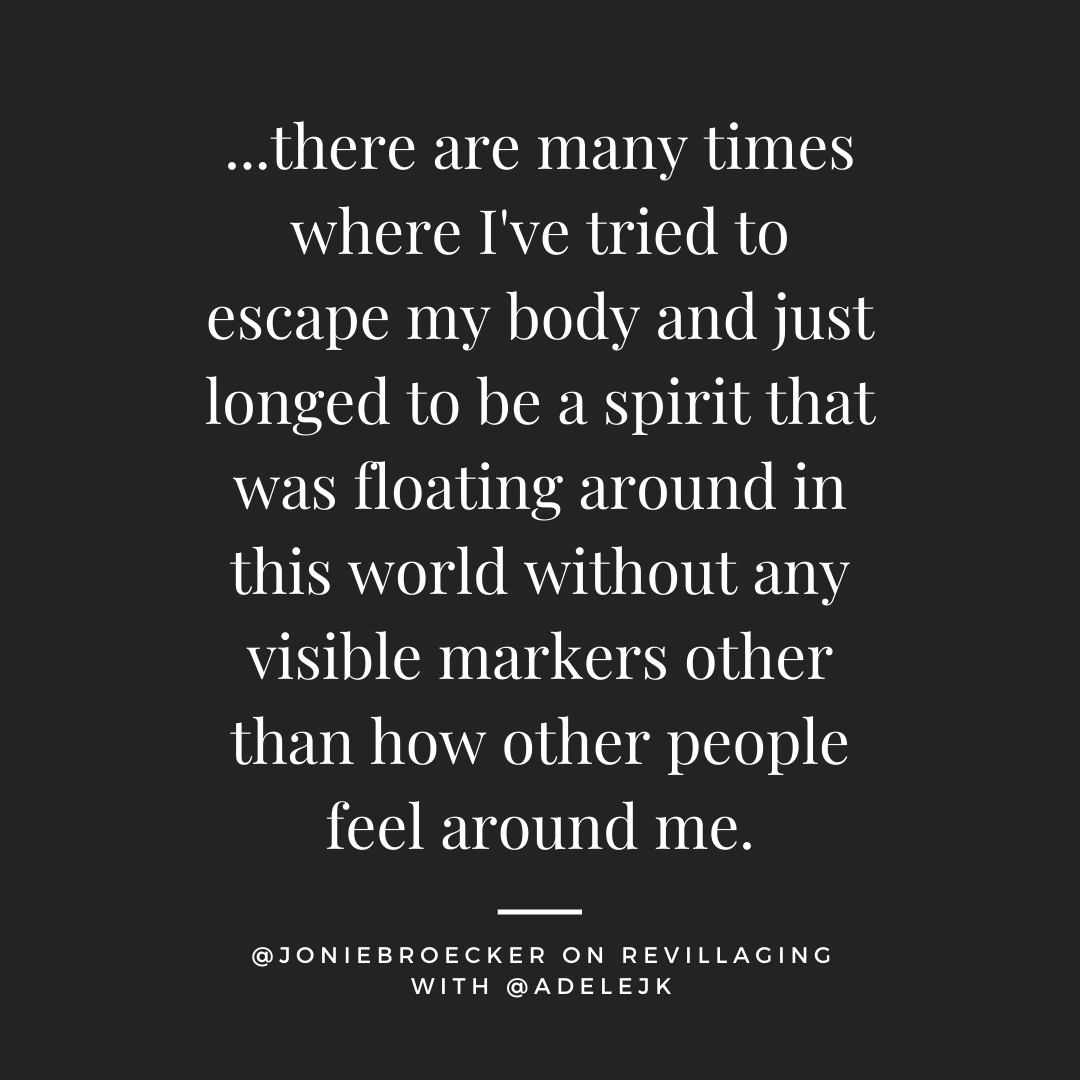 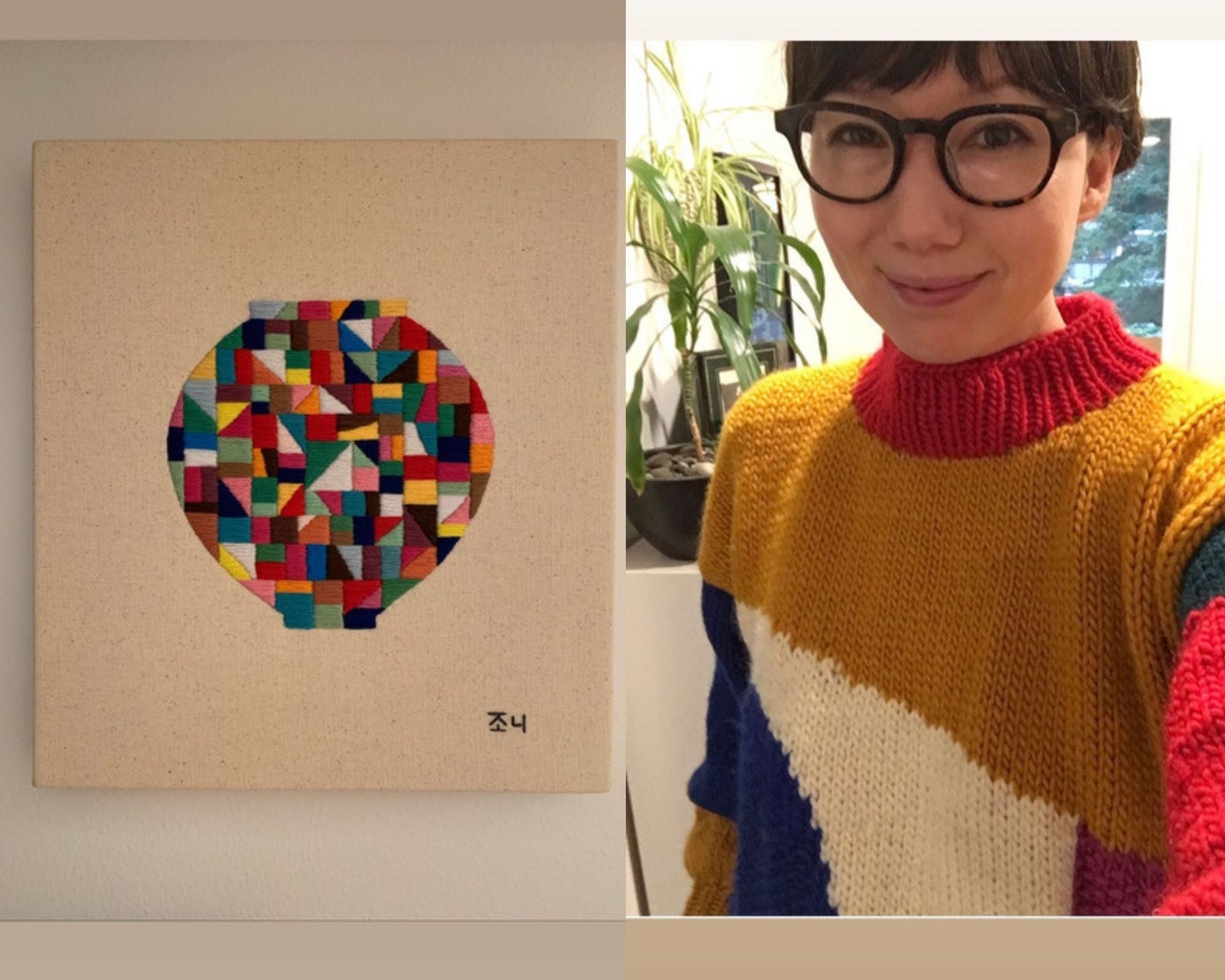 Image description: Jonie Broecker’s colourful embroidery beside a picture of Jonie herself. Jonie is a Korean American woman, wearing a colourful jumper, glasses and a half smile.

Mentioned in the podcast: 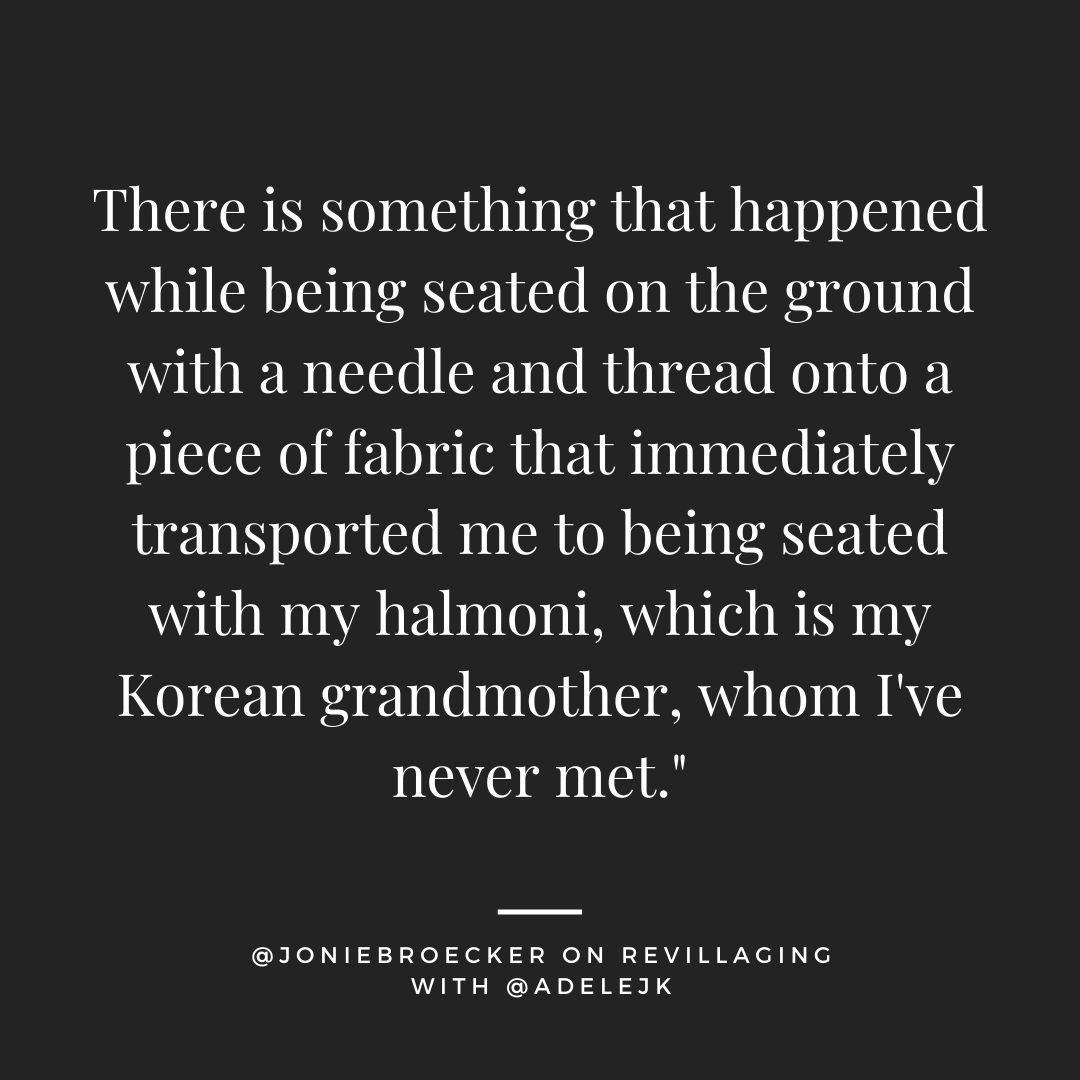 Image description: White text on a black background reads, “‘There is something that happened while being seated on the ground and stitching with a needle and a thread onto a piece of fabric that immediately transported me to being seated with my halmoni, which is my Korean grandmother whom I’ve never met.’ @joniebroecker on Revillaging with @adelejk” 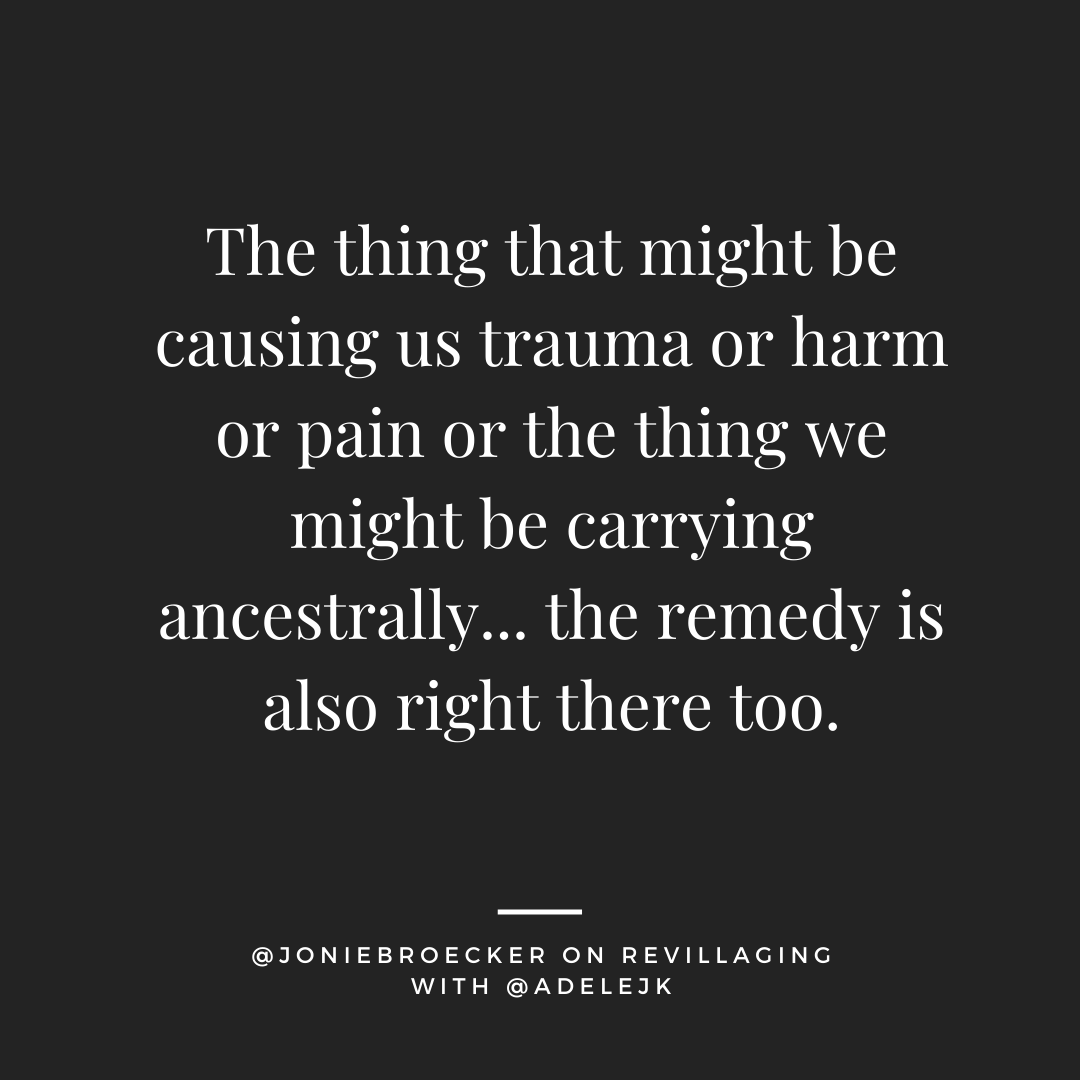 Image description: White text on a black background reads, “‘ The thing that might be causing us trauma or harm or pain or the thing that we might be carrying ancestrally… the remedy is also there too.’ @joniebroecker on Revillaging with @adelejk”

Revillaging podcast episode 4: Can I trust you? – Rethinking the workplace with Sohail Coelho