I probably err on the side of talking about our homeschooling life as if there’s more rhythm and flow than frustration, and most of the time that’s true. But I’ve reached the end of a couple of weeks where I’ve really struggled to find peace.

The kids are fine. They’re learning lots and generally content with their days but I have not been well. Usually, I would choose radio silence until I’m in a happier place, feeling more in control but actually, I think we learn a lot from difficult days. This time has allowed me to reflect on how I regain my balance when home education doesn’t allow a lot of time or space.

Recognise achievements
When I’m feeling negative, it’s not only difficult to get things done (the current state of my house attests to this) but I perpetuate that cycle by not noticing all that’s gone right in the day. Yes we wound up eating eggs on toast for supper but we read some great books earlier. OK, so we didn’t do that art project I’ve been promising the kids all week but we got to swimming lessons on time.

Sometimes the achievements are relatively small: a conversation about something a child is interested in or making it out to see friends or even just clearing the table so we can eat supper. I need to get back into journalling so I can remember that good stuff is happening – all the time.

Morning routine
That said, there are definitely things that make our lives easier when we’re back in the habit of doing them. Having a plan for getting stuff done in the morning is one of them. The kids and I worked out a routine for them which is on their wall. It means that I can ask them to get on with their routine and not have to remember whether four people have brushed their teeth, etc, every morning.

The idea is also to get more challenging tasks done in the morning. So my seven-year-old practices her violin then as we both recognise that we have more energy to enjoy it when we’re not overtired and it gets pushed to the end of the day otherwise.

Ideally, I try to get a load of laundry on and do a few small chores before we get stuck into the day’s activities. I just don’t have the motivation when the kids have gone to bed. On my superhero days I’ll also put a meal in the slow cooker. I’m realising increasingly, though, that this or bulk cooking has to become the norm because we’re either out at afternoon activities or I’m just too tired in the evening to cook anything.

Find quiet amongst the noise
Kind of related to this, because I usually manage it in the mornings if at all, I’ve learned to take advantage of times when the kids are doing their own thing, playing in their rooms, dancing in the kitchen or making something out of the recycling.

I used to feel that time to read, meditate or pray was only worthwhile if there was a lot of it, in silence and without distraction, but now I recognise that even in the small snatches of time, surrounded by chaos, even if it’s as simple as focusing my mind in the shower or listening to a podcast while I chop vegetables, that even these small things are potent.

However, if I do need a longer period of time then I’m not at all averse to suggesting a movie during the two year old’s nap time or an emergency TV session for all three because I just need to do something not child-related, uninterrupted for an hour or two. I just need to make sure we’re not resorting this too much on days when I’m struggling to engage as we all end up grumpy with each other.

Focus on life skills
On recognising learning where it’s happening, I’ve found that focusing on helping the kids develop their life skills makes things run so much more smoothly for all of us. Their emptying the dishwasher or putting away laundry genuinely eases my load.

Even when asking them to help means doing it with them and breaking it down into step by step tasks, we are spending time together. I’d rather just get on with baking bread on my own but involving my four-year-old means she gets better at measuring things, cracking eggs and throws up good conversations about yeast and carbon dioxide.

They don’t always want to help but that too throws up learning opportunities in the form of talking and listening to each other’s feelings. Even when I wind up doing things on my own, I remind myself that I am modelling what it looks like to follow through on tasks you don’t necessarily want to do yourself.

More often than not, though, we’re able to find solutions that everyone is comfortable with. The kids currently have a thing about setting the egg timer when they’re cleaning up the playroom or their bedroom to see whether they can beat the time. And I have The Greatest Showman soundtrack to thank for making boring jobs more palatable.

I’m also trying to delegate more tasks to them that they naturally enjoy. My seven-year-old loves cooking and baking and she’s increasingly doing more of it on her own. She and my four year old both enjoy washing up and though I do need to go over the odd pot, I’m more than happy to leave that task to them while their zest for it lasts! Even my two year old gets a kick out of putting the fruit and vegetables away when the food shop arrives or helping me load and unload the laundry.

Get outside
If all is going wrong (and by this, I generally mean if I’m losing my temper or the kids are fighting), getting outdoors often proves an easy fix. Many a den building session in the woods or a run around on a beach or even mud play in our garden has helped restore calm or at least offer temporary respite from whatever I’m finding hard to cope with.

Granted, it can be difficult getting ready to even get outside. All I can say is that I have totally taken kids to the park in pyjamas and wellies.

And actually, as an extension of that, I know that I need the endorphin hit of exercising, preferably outdoors, to help me feel in any way normal.

Get one thing done
Another quick pick-me-up is give myself an easy win by getting one achievable thing done. This could be making a phone call to make or cancel an appointment, cleaning the sink or getting a postcard out for a child to write to a friend. Sometimes I’ll even write it on a to-do list retrospectively just so I can tick it!

Make time for my own learning
I’ve found that whenever the personal cost of home education feels too high, I’m generally not pursuing my own passions. I wind up feeling like I’m pouring myself out for everyone else, pointlessly. At the same time, I find it difficult to prioritise spending time this way when there’s so little of it to go around. For me there seem to be two ways of approaching this problem.

One is to remind myself that seeing me learning, reading, working or otherwise doing my own thing that’s critical to my children’s learning and their own development as lifelong learners. Sometimes this means letting the kids run riot while I write a blog post or ignoring a messy room while I get my guitar out and sing in the middle of it.

The other is that I cannot do everything alone and seriously don’t think I’m meant to. Despite giving a lot of thought to how work is shared in our home, Laurence and I still sometimes fall into thinking about home education and domestic tasks as primarily my responsibility.

We are making this choice together and if one of us is finding it hard then both of us need to work at achieving balance. As it stands, our roles are defined by him working full time and me being with the kids full time but we’ve worked more this year at freeing up more time for me to do other things. I am getting better at putting the SOS out when I need it and we have an ongoing conversation about the mental load and things we both want to change.

Choose empathy over self-flagellation
This is so key I kind of wonder whether I should have led with it. I realise when I reach the end of the day, berating myself about how rubbish I am at doing this parenting thing and picking my life apart, what I’m actually doing is punishing myself because I believe I deserve punishment.

This just makes me feel worse, trapping me in a cycle of repeating all the things I don’t want to repeat, like being easily irritated and struggling to organise my time productively. It’s as if I think that if I’m hard enough on myself, I’ll learn from my mistakes when actually, the opposite is true.

Instead, I need to treat myself with kindness, to extend empathy to the woman who’s having a bad week, who’s wearing her hurts on the outside. I want to know where she’s coming from and what’s really going on inside her today. And I want her to know that perfection really isn’t a thing. She may have measured her accomplishments for most of her life but it really isn’t a thing anymore.

And so I probably need to let go of things, to return to the first point in this post. But also, to choose to be less busy. Now that we have one car we stay local a bit more and I’m finding not having anything planned on a Friday quite freeing.

I’ve also released myself from feeling that we have to take on lots of activities and groups or even to meet up with people every day. For me, this is self-empathy in action, especially as my kids are quite young and are happy with not being too busy.

I appreciate that others might well need the opposite! In fact, I’d love to hear from other home ed families, what helps when you feel overwhelmed?

Want to read more about our home ed journey? Here are a few other posts I’ve written over the years:
Eight reasons we home educate
How having a baby changed the way we home educate
What I learned from our first year of home education 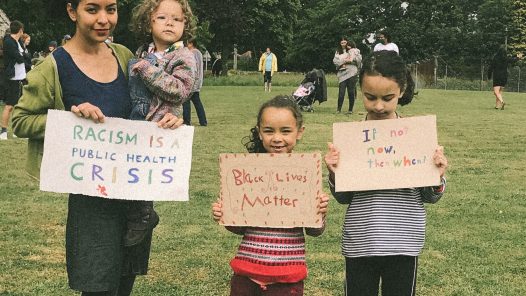 Many of the recent conversations in home educator spaces around anti-racism have been both encouraging and depressing. Perhaps they unveil how white the homeschooling landscape is. I use “homeschooling” to mean education outside of... 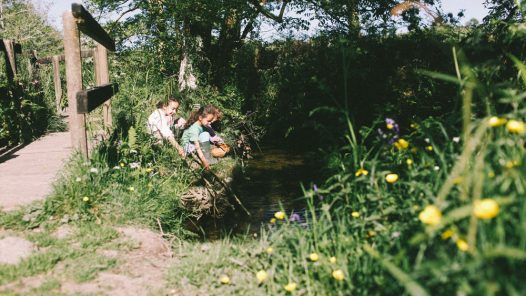 Following my post on unschooling for decolonisation, I’m going to unpack what shifting from semi-structured home education to unschooling has meant for our family. On the surface, some people might have considered what we’ve done from...