First trip to the Circus 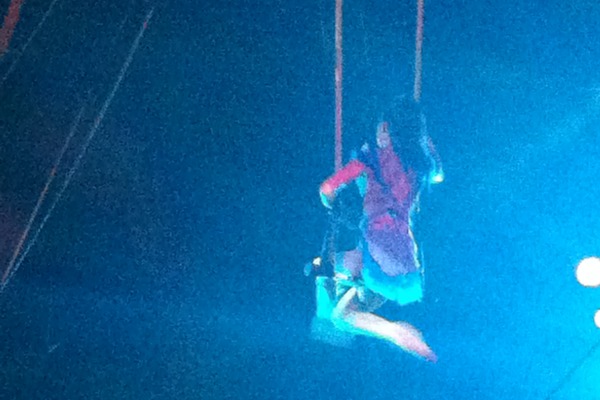 Ho, ho! We actually went to the circus. It’s not just a play on a confusing blog name. Last Friday, Laurence took the day off work and decided to whisk us away to see Billy Smart’s Circus on the Downs in Bristol. A day home with me usually entails doing puzzles and watering the plants. I think he’s trying to show me up.

Truth be told, I probably got more out of it than two-year-old Talitha did. I always love the circus anyway but I’ve also reached the stage in my life where I get really nostalgic about them too. They conjure up lots of happy childhood memories.

So while we absolutely loved it because it was BRILLIANT, Talitha, well, she was just tired. It was a napless day and she generally likes being in bed by 5.30 these days (let’s not talk about wake up time). She asked to go home a few times and recoiled from the mass of candy floss we’d bought like it was going to eat her (no bad thing – more for us and less sugar for her!).

Even so, she definitely lit up for various acts and got well into the clapping. When we left, she told us that she loved the music.

Her favourite act was a funny, clumsy fireman who spent most of the time swinging around and around on a suspended ladder trying to put a fire out. I think the fire was what caught her eye.

The thing is, we reflected as we left, that it’s probably not that impressive to her – even though it really was impressive. As adults, we’re all too aware of our own limits. So when we see a man carrying four other people stacked shoulder upon shoulder, a woman shoot an arrow with her feet while balancing on her hands or the swinging trapeze, we gasp with glee.

A small child doesn’t have the information gained from experience to know how difficult that is. It may be that, as far as she’s concerned, she’s limitless. If so, that’s probably something to hold on to.

First trip to the Circus