Formula for the breastfeeding relationship 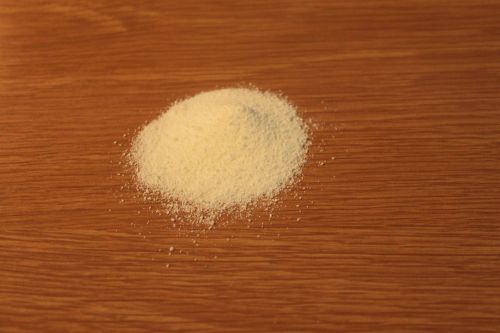 On Sunday night, I gave Talitha her first two ounces of formula.

I had said I was open to combination feeding if need be and after all the stress involved in making the decision to supplement with formula and expressed milk, I was actually surprised at what I felt giving her the bottle.

The guilt people mention – it didn’t rush over me. The grief over departure from exclusive breastfeeding was eerily absent.

In fact, what I felt was utter relief. Now I knew my daughter would be getting enough. Or at least a lot more than she had been. And I didn’t have to strain under the weight of being her sole source of food in a system that, between her unfocused tongue and my low milk supply, wasn’t working.

While drinking her first bottle she did the biggest poo ever. It was a poo to end mankind. It was a poo to make us need to change everything. It wasn’t linked to formula of course but it brought reassurance by reminding me that the single most difficult part of this experience has been wondering how much milk she’s actually getting.

After Laurence changed her (thank God for the weekends when it’s his turn), I brought her to the breast and she worked much more effectively, getting lots of glugs and falling off eventually in a drunken state. I know I should have breastfed first then supplemented rather than putting the supplement in the middle of the feed but I just felt she needed a bit to get her going as the half-hearted sucking she was doing before was getting us nowhere.

I was energised by exhilaration and started counting those chickens. We’d have actual discernible feeds, she’d fall off satisfield, I could put her down, I could go out without worrying about not being able to hear her swallows because she was now drawing milk so strongly.

She wouldn’t stop feeding, she wouldn’t sleep for a significant amount of time, she was even more insistent than usual. Even with the supplemented formula, she just would not settle. We were back in feedathon hell.

And I kind of lost it. I felt sorry for her and for myself. I was consumed with directionless anger. I had run out of everything: patience, perseverance, hope and, to an extent, love.

Actually, I’m grateful that formula exists. What used to happen in situations like in the pre-formula era? And the lactation consultant made the fair point that if it’s a tool that can help keep the breastfeeding relationship going, that’s no bad thing.

But I guess my general pissed-off-ness was rooted in something much deeper. I was mourning things not working the way they were supposed to. Babies are supposed to live on human milk. I was supposed to be able to feed my baby. Just me.

Then again, I was supposed to bring her into the world in a peaceful, non-emergency setting, not hooked up to a drip feeding my bloodstream synthetic hormones in a procedure that caused her oxygen levels to dip numerous times .

Let’s face it, there are a lot of bigger things going wrong while I’m hyper-focused on this one thing. London is being ripped apart but I’m getting weepy in the process of accepting combination feeding.

I realise the more important bit of this little thing all my energy is spent on is that I am, simply, feeding my child.

My worry is whether breastfeeding can remain the most significant player in that. And so, I’m trying to explain domperidone to GPs so they keep prescribing it to me to increase my supply and we’ve just bought a Medela supplementary nursing system so the supplementing can happen at the breast too, while getting my breasts to send the right messages to the brain: send more please.

Who knows but that we may get to exclusive breastfeeding eventually. But I’m not going to get depressed over it. I feel I’ve missed out on enough of life with my baby by caning myself over the feeding thing and how skinny she is.

In the meantime, we’re praying for a stronger suck, a more consistent tongue, a few ounces added to her underfed frame and, for all our sakes, the restoration of rhythm, of peace, of sanity to this family.

I’m grateful that formula can nudge us on the way to getting there.