Last night we had the fun of speaking at a Stranger Collective Firelight at an off grid escape in North Cornwall called Kudhva. We were invited to tell the story of what we’re doing, setting up a farm so we can share the parenting, home educating and paid work more equally.

The farm’s been going for a good while now and I haven’t explained much about what we’ve been up to on the blog so I thought I’d stick the vague script on here. I say “vague” because this is just what we discussed beforehand – we didn’t necessarily keep to it word for word.

I’d love to hear your thoughts on any of this family/work/life setup stuff – whatever yours looks like. How are you seeking balance? Where is it not possible? What do you think needs to shift societally to support parents, especially mothers, to be able to both be with their children and work outside of the family? There’s radical work to be done around how we share it all. 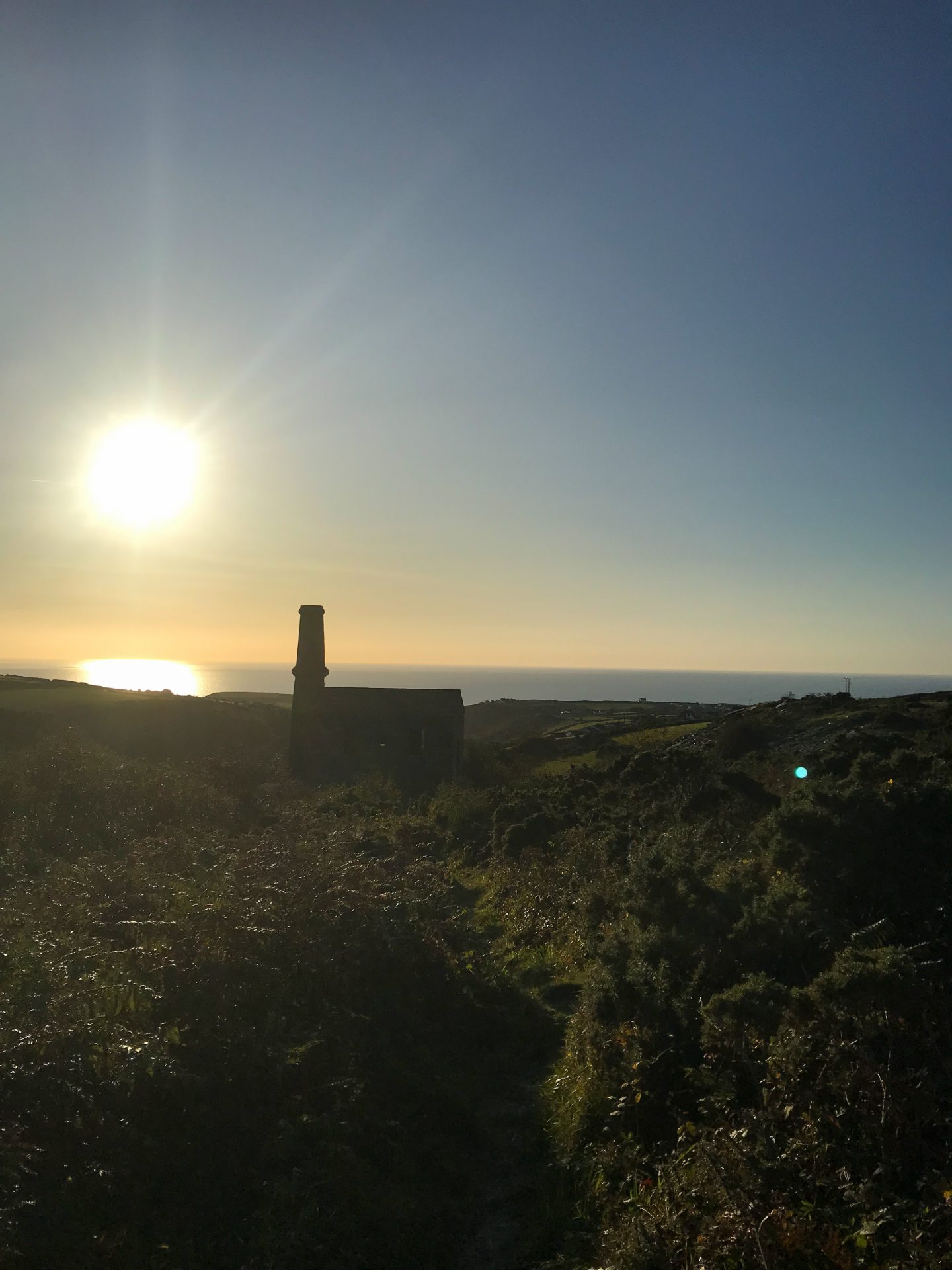 [Image description: View from Kudhva. The sun is low in the sky, reflecting on the horizon. An old quarry engine house stands out amongst the heath]

Having it all is often talked about as if it’s a woman’s pursuit. Mothers are often expected to be the ones who have to find a way to fit a career around childcare or whatever arrangements are made for the children. That somehow passes as “having it all”, regardless of the pressure it piles on personally or professionally.

When we made the decision to home educate our first child Talitha, sitting there, when she was a baby, we found ourselves making this very unconventional choice to home educate within the constraints of the conventions of who does what and a 9-5 understanding of work. Laurence went to work full time and I stayed at home, fitting in very part time freelance work in stolen hours at nap time, night time, weekends and limited childcare.

Neither of us felt like this was our forever thing.

For a start it didn’t recognise that he had a version of “having it all” too and it included looking after our children. I remember at a breastfeeding group a volunteer with teenage children told me that her ex was going through the baby stage again with his second marriage and he was now either retired or simply working less. He wished he’d been there more when his older children were little. I told Laurence about this when home later and it struck a chord with both of us. It seemed back to front that you should work so hard and be away so long while your children are small and want to be with you. Then when they’re grown, and perhaps less keen, that’s when you have the time.

Our “having it all” began to more like finding a way for both of us to find work that was meaningful and would earn enough, while allowing us to both be with our children. We’d both decided to home educate, after all. Not just me.

[Image description: Adele and her daughter sit on a hay bale at the Stranger Firelight event at Khudva]

At the same time as having all these conversations about how to radically shake up our work life balance, I was also thinking that I didn’t want to be chained to a desk anymore. At first we looked into WWOOFing as a way of enabling us to travel for a few months, maybe longer. For any who don’t know, WWOOFing involves volunteering on organic farms in exchange for food and board. It seemed ideal because we could keep costs low and I really wanted time working outdoors rurally.

I was making the most of the time away from work growing things in our back garden and got way more seriously into it than I’d expected. I’d started taking a few courses and daydreamed a lot about farming but at the time I didn’t think you could make any money from it. A short stint WWOOFing in Cornwall convinced both of us that we wanted a farm in our future. We both recognised a strong need to be outdoors, probably me first before Adele. We wanted this for our kids and it was clear that doing this work lit a fire for me.

But could we support our family with it?

After a stint with Charles Dowding, no dig gardening guru, I started to see that one could make a living from market gardening. Certainly he does. But it was when I started studying small farming leading lights Elliot Coleman and Jean Martin Fortier, I really began to realise that a living can be made.

It’s been a tough first year. This has been a “test the marke”t phase and working out whether to do veg boxes/Community Supported Agriculture or to concentrate on restaurants. At the moment, I’m doing both. I’ve mainly concentrated on salad as you might have tasted earlier. I’m really trying to concentrate on a richly flavoured and multi-dimensional mix.

I’m working in a walled garden in Flushing, bringing it back to life. It’s a walled garden that has been a field, mainly with sheep in it for a few decades. There is an old glass house that I suspect was there to grow tropical fruit, which of course we now take for granted. The glass house was damaged by shrapnel in the second world war and not really used since. It’s not been used for market gardening since the war and the greenhouse was bombed out. It’s an acre and a half. But I have 15m2 in no dig beds plus a greenhouse.

I have a goal of growing the tastiest and freshest food. While building soil. No ploughs, no tractors. All hand tools. While making a meagre income for our family and sharing the home education so Adele can share the work more evenly. And, of course, so I get to spend more time with our kids. 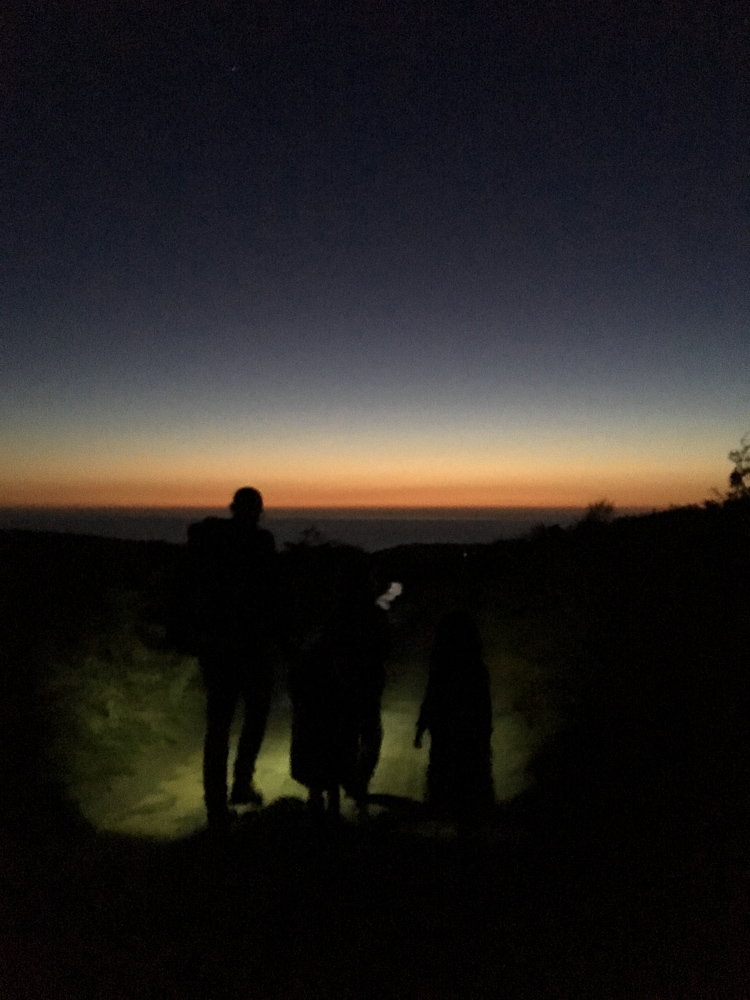 Currently, our set up is that Laurence still works part time at the design agency he was working at full time before we made this move. On his farm days he starts work very early in the morning so he can come home in the early afternoon and that’s when my freelance day begins. We also spend a lot of weekends on the farm and I often take my work to the greenhouse as the children tend to be highly engaged doing their own thing in the walled garden.

It’s by no means a well-oiled machine and it’s not a set up that’s going to make us financially rich any time soon, if at all, but it has enabled both of us to feel we’re getting more out of life. We’re getting more of the things we wanted for our children when we chose to home educate them. We wanted them to have freedom and deep, high quality connection with family and other people in their wider community.

We’re discovering this for ourselves as well. In a way, home education set us on a path to be able to consider doing this. As I said before, we were doing this unconventional thing within the constraints of convention and I really think choosing life without school for them helped us to think about how else our own lives could look if we let it, if we went there.

In some ways, it’s also enabled a massive return to a vision we had of our lives before we had children. We’re both dreamers by nature. We basically spent our entire honeymoon ten years ago hatching plans for what we were going to do together. A farm never came to it but we knew that we wanted to do something that genuinely made a difference, to have some sort of joint mission. Small farming is the future. The food industry cannot carry on as it is. We must return to regenerative farming practices and hyperlocal food production. With the climate crisis, it’s impossible for us to consider a version of “having it all” that does not in some way address this.

Even the name Soul Farm reflects the vision not just for the farm but for our family. We don’t separate morals, feelings and actions from the rest of our lives so why should our business? The aim is to do the things that keep us human, that respect how complex the soil is and how complex we are too.