Hot air balloons, a wedding and other #LittleLoves 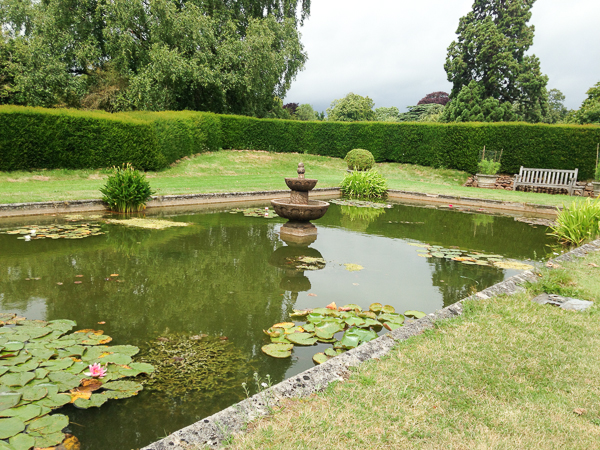 I’m reading a novel called Oy Yew at the moment. It tells the story of a mystery boy who believes his name is “Oy, you” since that’s how he’s usually addressed. He ends up enslaved with other waifs in a great house, underfed so their growth is stunted. Written by Ana Salote, it’s touching, humorous and gripping. I’m really looking forward to getting further along. It’s billed as children’s fiction, suitable from age 8, but I’m finding it every page a delight so far.

Bristol’s annual Balloon Fiesta was on this weekend. Having been to the actual fairground a couple of years ago, we weren’t keen to deal with the crowds again, so we instead opted to take a picnic up to the green next to Clifton Suspension and watch the hot air balloons lifting off from that vantage point. We knew it would be fun but Ophelia’s reaction absolutely made it. She kept jumping up and pointing, shouting, “Bubble!” whenever she saw one. I think the rest of us watched her more than the actual balloons!

Laurence’s cousin got married weekend before last and I finally got to wear this African dress I’ve been saving for years. I originally planned to wear it to my Master’s graduation ceremony but ended up not going. It’s not one of those things I imagine I’ll have much opportunity to wear! The feather sandals are from Anthropologie. The girls are both wearing dresses I bought from M&S kids a few months ago.

After watching Amy recently at The Watershed in Bristol, I’ve started listening to her music again. She really was a rare, true talent. By the way, it’s worth seeing that documentary if you haven’t already. Her tragic story is told through unseen footage of her from childhood to her celebrity years.

I had made quite a bit of headway on the granny square blanket I’m making as one of my 30 things to do before I’m 30. Then I hit a wall. I just lost interest. Finally I realised it was because I didn’t like the colours I was working with. So I just didn’t have the motivation to keep going. After all, it needed to be something I actually wanted to own after! Jess from Let’s Do Something Crafty mentioned she gets her yarn from Wool Warehouse and boy did I have fun ordering from them! I may have got a little carried away but these colours really lift my mood.

Summertime is really busy for Laurence workwise so he’s been working pretty solidly, including a stint away in London. Needless to say, we’re really looking forward to later this year when he’s able to take a break. We’ve been talking about holidays and what we’d like to do while realising that we actually have pretty different views on what that means. Both of us love the idea of simplicity but he probably is a bit keener to rough it than I am.

I recently went to a blogger event put on at Harptree Court by glamping travel company Canopy & Stars. It was really interesting being back there because that’s where we spent our wedding night. We went back there a couple of years ago for our anniversary (and first night away from Talitha!) and considered checking out their famed Treehouse but it was booked up. We’d just left it too late. So I was intrigued to look around that and their yurt, which is also listed with Canopy & Stars this time around.

For a bit of fun, I took their “What’s in your bag?” quiz (you can take it too to win a £1500 glamping adventure with them) to find out what kind of holidaymaker I was and which of their properties would suit me best. I’ve taken it twice now, in fact, and both times I got Salty Sea Dog with seaside properties in the UK, France and Spain. Clearly, I’m in search of the sun and dreaming of the coast – a hint to tropical homesickness maybe? I’m keen for Laurence to give it ago soon so we can see whether we’re glamping soulmates. I have a feeling he’s more likely to get Wild Adventurer, though, with properties out in the middle of nowhere. That has it’s own charm too.

Hot air balloons, a wedding and other #LittleLoves