How weaning happened – the end of our breastfeeding journey 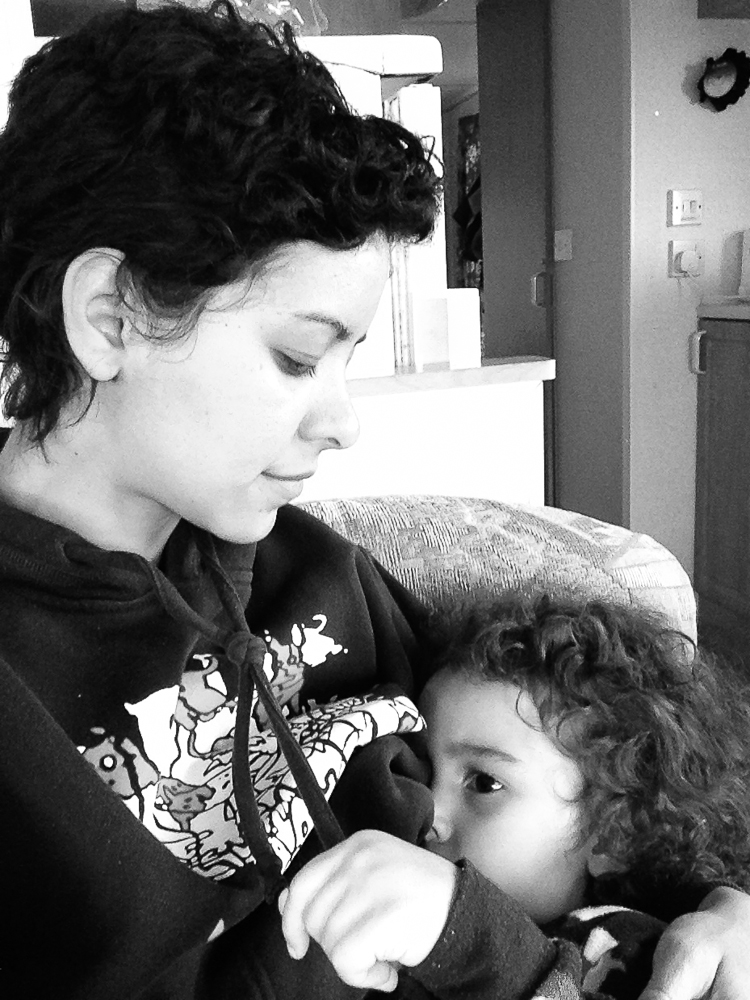 I didn’t set out to breastfeed my older daughter as long as I did. I doubt anyone gazes into the face of their newborn and imagines breastfeeding them for four years.

Certainly, at the time, I felt like we’d be blessed to get to six months. When the difficulties with her tongue-tie and my low milk supply kicked in, my goal became to take it one feed at a time.

By the time her first birthday came into view (a landmark I was just relieved to make), I’d learned a lot more about breastfeeding, through reading, meeting other mothers and undergoing training to become a breastfeeding peer supporter. And I learned about benefits that stretched far beyond the first year.

Beyond that, it felt unnatural to wean her just then when she clearly derived so much comfort and enjoyment from it. Frankly, we both did. Breastfeeding was still an easy way to get her to sleep, it soothed her tears and fears and it left less to worry about with her fussy eating. I continued to breastfeed her because it made us happy and it felt respectful of her needs.

New challenges came as she grew older and I was glad to know other mothers who breastfed beyond infancy. There was that nursing strike when she was fifteen months, which turned out to be down to tonsillitis. We had nursing gymnastics, nipple twiddling and generally, breastfeeding manners that needed to be learned. Over time, it became natural to ask her to wait in certain situations. I learned to trust that we would find the right time to wean.

Then I found out I was pregnant with Ophelia. That’s when breastfeeding became more something I was doing for her, because I no longer enjoyed it most of the time. I’ve blogged candidly about breastfeeding through the first, second and third trimesters. At one point in the pregnancy, I thought she was weaning. I think it would have been just fine if I’d weaned her then but we’d have missed out on what came next.

When Ophelia was born, I found tandem breastfeeding a mixed experience but I could still see the value breastfeeding had for her. In many ways, it helped to smooth the almighty upheaval that adding a second child to our family was for all of us.

Her third birthday came and went and it seemed clear that breastfeeding was still in the picture. We’d have lighthearted chats by then about the fact that she would eventually stop breastfeeding, though I was open ended about when. I didn’t breastfeed her during the day anymore or outside the house. And she didn’t breastfeed that often. Sometimes days would pass before she’d remember she wanted a feed.

By then breastfeeding her had become quite comfortable. I’d fallen into a rhythm with both children and it was a mostly happy part of that. It even became a really important mothering tool for my preschooler.

She began to volunteer that she “would stop having milky” when she was four. I nodded, not paying it too much mind, telling her she could if she wanted to but that she didn’t have to. We know children older than that who are still breastfeeding so I don’t think she felt pressure in that respect.

Still, it felt like things were winding down. I can’t even put a finger on why. Maybe we were both ready. It wasn’t solely child-led, self weaning like I’d felt so strongly about when she was younger. I know that it was partially mother-led too. I know that when I put limits – shortening feeds, asking her to wait – all of that was me weaning her. And that’s felt fine. Breastfeeding truly has been a relationship.

I can’t remember a last feed. It would have been about a week before her fourth birthday, two months ago. She hasn’t breastfed since. She’s told me that she’s all grown up and doesn’t have it anymore. I feel content that she has moved on – maybe with a little sadness that she is losing all her babyness and this is another part of that.

I’m so grateful that I was able to breastfeed her at all. It’s shaped our family in so many ways. In a sense, it’s strange that something so hard fought for in the beginning and so influential over the years should end so quietly, so peacefully.

EDIT: I can’t believe I forgot to mention this when I originally wrote this post but, about a month after her last feed, Talitha asked for it again. I felt unsure about it (I think I had psychologically moved on) but I agreed. When she tried, she couldn’t do it anymore. She told me it wasn’t working. I explained that that was because she’d got bigger and didn’t need it anymore. She was a bit (just a bit) upset about this at first but she soon moved on. I thought she might want to make up for it by wanting to sleep in our bed for a bit or being more cuddly but that didn’t happen either. She asked again some time after that and I reminded her that it hadn’t worked last time. She just said, “Oh yeah.” It was as if she’d just remembered. That was that. She hasn’t asked since.