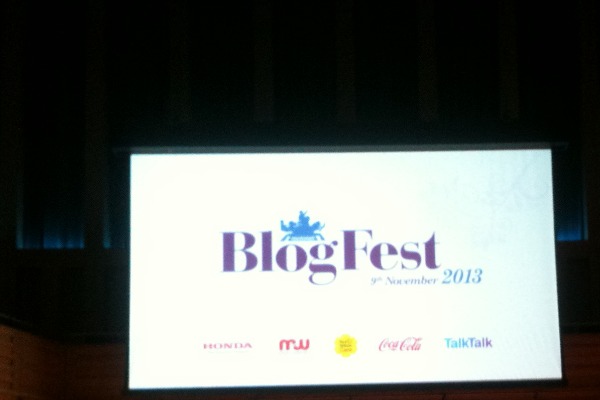 The tension in the room was palpable, with sharp intakes of breath and much reiteration of what-I-meant-despite-what-I-sounded-like. The Mumsnet Blogfest 2013 Keynote Panel topic “Can you be a mummy blogger and still be a feminist?” was selected in order to be controversial, though one must ask, “To what end?”

Starting with arguably petty questions such as “Is making jam feminist?”, “Is wearing high heels feminist?”, many valuable points to be made were lost from the start. All delegates were invited to attend this session and yet, many would not have self-identified as feminists. The term is still grossly misunderstood and from the tweets during and following the blogging conference, it seems that there are a lot of women who find it divisive and would rather do away with it altogether. I am not one of them. Feminism has accomplished too much and has too much work yet to do to be thrown out with the bathwater.

For me, that was the core problem in this debate, the feminism presented in that hall at King’s Place was too small. We’d just emerged from a week where female genital mutilation is back in the media eye because of the huge figures of girls at risk and women and girls living with its ugly after-effects, right here in the UK. And yet, here we were, a room full of grown women, getting our feelings hurt (on and off stage) because we’re still hung up on what other people think of our decision to go to work or stay at home with our children.

OK, I admit that’s a bit flippant. Our identity is important and it’s often shaped more by what we’re doing now in the day-to-day than it is by the bigger picture. Our children are the piece of the world that we get to influence and the decisions we make around them do matter. Of course they do. I just wish we’d do more getting on with it and less worrying about whether another mother thinks we lack ambition or don’t love our families enough. I’m not sure many sensible people would honestly think that of us anyway.

Most of us don’t blog about issues like FGM – at least not on a regular basis. So where does that leave us? Does sharing recipes, blogging about potty training and even reviewing holidays consign us to complicity with a patriarchal system and its inherent commercialism? Not necessarily, and the reason why was touched upon in the session. I only wish it had been explored further as it was the sole useful point raised.

For too long, domesticity has been sidelined as unimportant because it is primarily the work of women. Now, one of the speakers on the panel argued that true feminism would attempt to subvert an order in which domesticity is considered a female pursuit but I take issue with that. Children are tied to their mothers in a unique way, whether or not they are breastfed. It is a biological imperative we can’t escape – and usually don’t want to, whether we work or stay at home. It is entirely natural that we would blog about our family life. There is something curious in any attempt to attach shame to that.

Which is why I shirk off discomfort over the term “mummy blogger”. It was compared to the word “girly” in the session and the chair even wondered if it was being reclaimed like the “N-word”, a suggestion which, though it was met with nervous laughter, I personally found offensive. The word “mummy” though mildly irritating in certain contexts, does not evoke an even vaguely similar history of oppression.

However, I believe the reason why we’re so awkward about words like “mummy”, “mum” or even “mother” (many have argued that we should simply say “parent”) is that we’ve accepted a lie that mothering is trivial. By extension, we’ve been conditioned to agree that being a woman is somehow other and lesser because being a man is normal and idealised.

Knowing that, why would I tip-toe around either of these terms? I am a feminist because I believe in change and will use all my womanly arts to listen, speak and act to create a world in which my children can grow up safe, confident and strong – regardless of their gender or sexuality. I am a mummy blogger because I know that, as a mother, the creation of that world begins with the way I raise my own children.

I thoroughly enjoyed Mumsnet Blogfest 2013. It was a great time to meet up with friends I’ve met through the Internet as well as an opportunity to brush up on social media, writing and photography skills. What a pleasure to be in the presence of speakers like Jo Brand, Charlotte Raven, A. L. Kennedy and Lionel Shriver. Many, many thanks to ARDO Breastpumps for sending me. If you haven’t yet read it, please check out my Three Things Every Parent Should Think About When Choosing a Breastpump.