I planned to bottle feed but ended up breastfeeding (guest post) 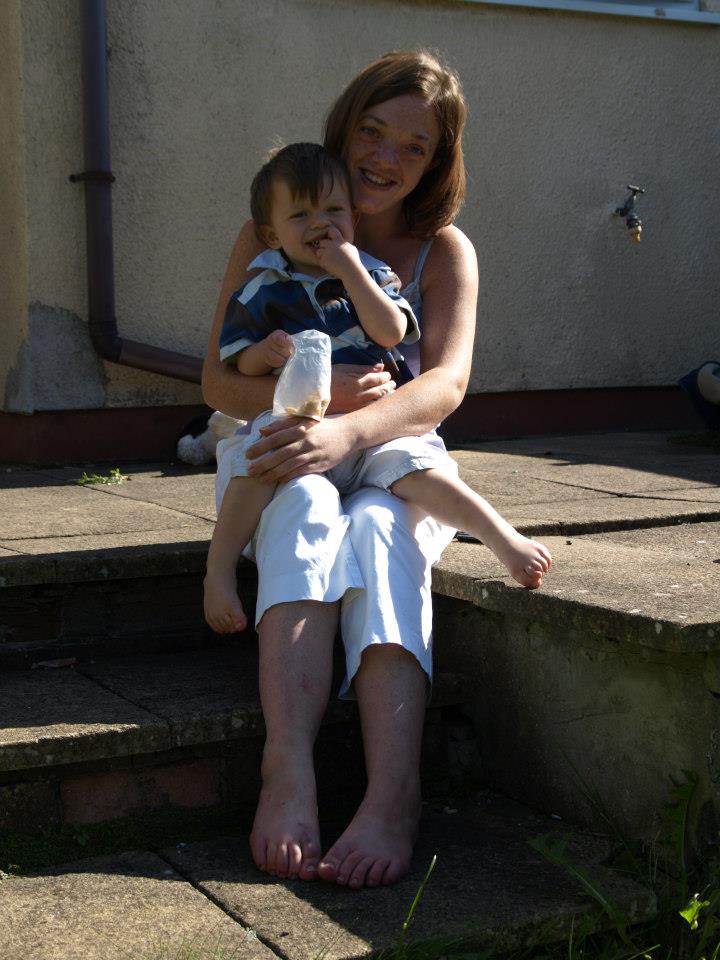 I met Mummy Glitzer a few weeks ago at a coffee morning for South West mum bloggers in Bristol. We got onto the topic of breastfeeding (as you do) and she told her extraordinary story of breastfeeding by accident or, probably more accurately, breastfeeding by instinct. At my request, she’s graciously and honestly put into words her breastfeeding journey. Please leave her a comment at the end so she knows that she’s been heard.

When I found out I was pregnant with H and had passed that all important 12 week scan I didn’t put much thought into breastfeeding and had decided to formula feed from the start. My reasoning was two-fold.

Firstly, my experience on forums had demonstrated to me that a LOT of women struggle with it – to some it was pretty soul destroying. I know some for whom it felt like a constant battle, getting baby into the right position, getting baby to latch, mastitis, nipple thrush, blocked ducts etc not to mention the draining growth spurts. Quite frankly, being a first time mummy to a new-born, with a husband who couldn’t be guaranteed any leave and with zero family support sounded difficult enough to me.

Couple that with the fact that I suffer from depression and anxiety I figured that it wasn’t a risk worth taking for my family. We couldn’t afford for me to break down mentally and I surely had to be happy and mentally strong to deal with a baby.

Secondly, whilst I had never had any issues at all with other women breastfeeding, it just wasn’t something I personally was comfortable with. This is an area I am still not prepared to delve into but I just don’t like my body and never have. Whilst I knew women *could* and on the whole *do* breastfeed discreetly (whatever that means) I just didn’t think I could. Yes, nonsense, but all the same even the thought pushed my anxiety to the sky. And yes, I was confused about how I would feel about a part of my body going from being part of my sexual relationship with my husband, to a means to feed my child.

I also did my research. Whilst I was happy to (and indeed demanded to) come off my medication whilst I was pregnant, I wasn’t convinced I could manage without it post birth and yet I also didn’t want to take the risk. Risk? What risk? Well exactly. We don’t trial medicine on a foetus or a newborn so we don’t actually know the risks. For me, my decision to NOT breastfeed was very much based on circumstances and personal feelings.

Without going into my birth story (as that isn’t what this is about) I ended up having an emergency caesarean after just six hours of labour due to failure to progress, which is about as far removed from what I wanted (a water birth) as is possible. It felt like an eternity before H was handed to me but I will never forget the feeling of overwhelming, all-consuming love I felt for him in that first instant.

Yet just a minute or so later he was taken off me so that the medical team could “finish up”. I was then whisked off into another room with promises of seeing my son again in a minute or so. I’m not sure how long all that lasted but it felt (and still feels on reflection) like an age. I know I was talked through it all but I just don’t recall it.

In recovery (I am told it was less 30 minutes later) a midwife asked me if I wanted some skin to skin with H. I simply just wanted to hold him again and so said yes. I didn’t know at that time what I do now, that on the whole skin to skin can help aide the breastfeeding and bonding process.

I was asked if I wanted to breastfeed to which I said no, I just wanted to cuddle my son and had packed formula with me. My husband lifted up PJ top over my head for me and the midwife placed H on my chest. To mine and the husband’s utter disbelief, H sort of crawled towards a breast then he just seemed to latch and, well there was definitely something happening.

Again, I have no recollection of time but it was a mere few minutes I am told that the midwife came back, took a look at H’s positioning and feeding and commented “I thought you didn’t want to breastfeed?”

“I don’t!” I responded in my still hazy state, “Well I didn’t… What happens now?”

“Well H’s latch is intuitive, he doesn’t seem have any issues and he seems pretty content for now so what happens is down to you.”

And in that instant, I glanced down at my son and I changed my mind. Surely, if my less-than-an-hour-old son could work it out then I could too? How could I deny him his contentedness?

So we did breastfeed. And for the most part I enjoyed it. I was incredibly lucky in that I didn’t suffer from any physical “side effects” other than two short bursts of thrush, the second of which I suspect was due to not dealing with the first effectively enough. There was one other period when it felt painful and uncomfortable to feed but having regular home visits with the nursery nurse (due to the section) that was a position error that was sorted immediately.

I couldn’t feed in public. Whether that was down to me or H we will never know. As I said earlier, I suffer with anxiety so I suspect that was part of it but also H has always been very aware, very nosy and very inquisitive, even bottle feeding later down the line wasn’t easy when out! As for expressing, H has always been more of a snacker, a little and often eater and at 2.5 years old he still is mostly. There just never seemed to be enough hours in the day to feed him, change him, sleep and express enough all at the same time so something had to give and that was expressing. Trips were planned around feed times and the responsibility of feeding him was down to me and me alone.

Giving up was difficult. We breastfed exclusively for three months and eventually stopped altogether at just over six months. And do you know what? I was gutted to stop it. I really enjoyed breastfeeding. I felt a pressure to stop, an unwritten one simply because only one of my “mummy friends” breastfed beyond the first couple of weeks and that was only because her daughter wouldn’t take a bottle until she was nine months old. That and the fact that despite me keeping on trying, every time I tried to feed H in public one or both of us got flustered, as time passed I got more frustrated about having to plan our trips out around his feeding, the timings of which he constantly changed.

Yes I struggled emotionally because I refused to take my medication but I kept reminding myself that actually I was lucky. I know I wouldn’t have had the strength or determination to breastfeed through the challenges some of my friends (real life and online) have had. For us the actual feeding was easy.

Would I do it again? In a heartbeat, in the same circumstances but I am very aware that should we have another child, we may not be so lucky. I hope that next time we do get such an easy start and have the additional benefit of overcoming my anxieties about feeding in public. But if we don’t, it won’t matter. Because as much as I have a positive experience of breastfeeding, women need to make and informed choice and do what is best for them and their family.