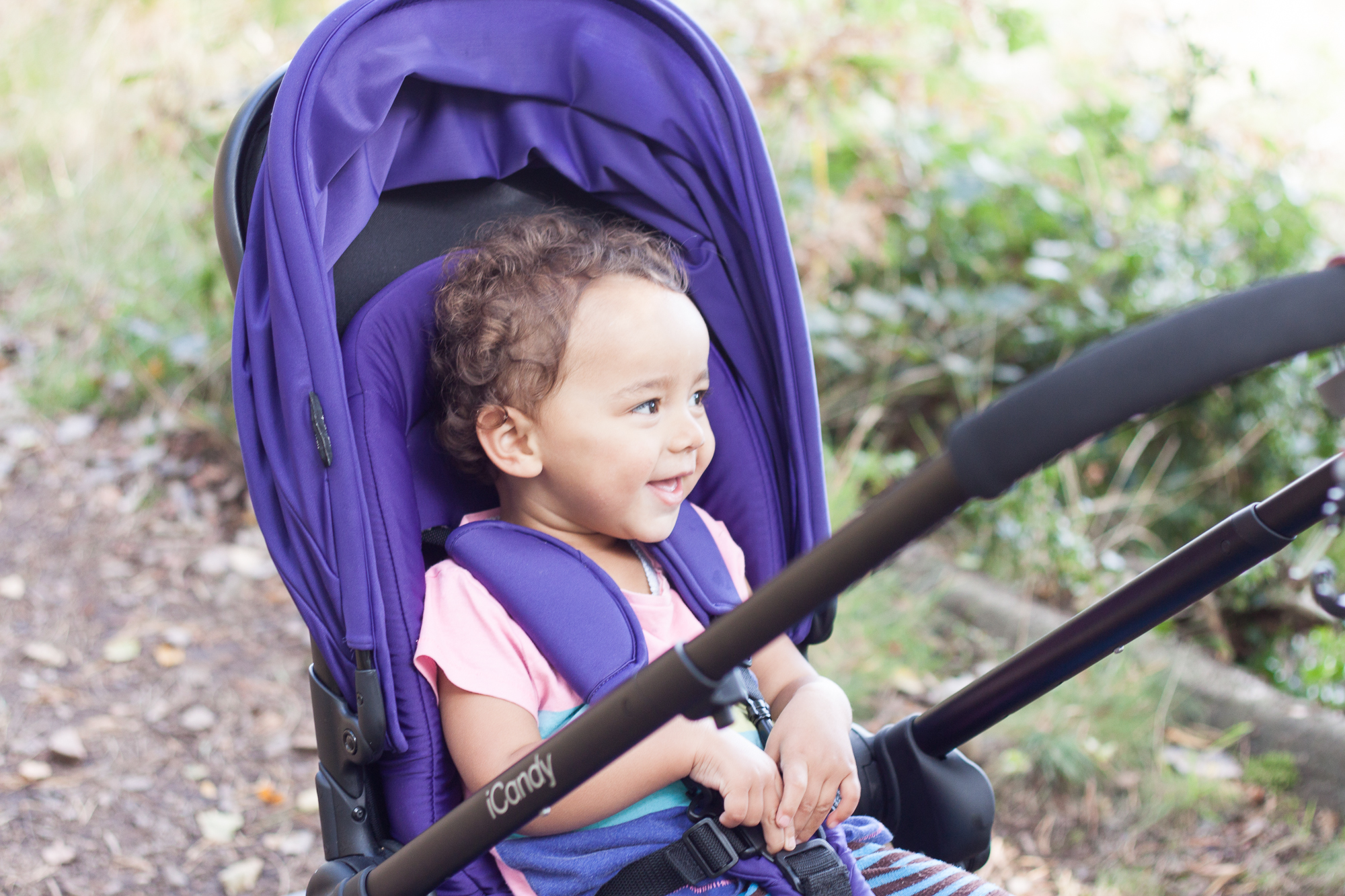 On our way for a weekend in Dartmoor, we stopped off at Castle Drogo. We try to plan stops at destinations rather than service stations when we’re going on longer journeys and our National Trust membership has helped perfectly with that. I also thought it would be a good time to photograph the iCandy Raspberry pushchair that we’ve been trying out for the past few weeks.

The main reason I agreed to review the iCandy Raspberry is that you have the option of making it parent-facing. In fact, it’s really easy to turn the seat around either way in just a few seconds. I’ve even done it with Ophelia in the seat, though it’s definitely easier to sort it beforehand.

We are a babywearing family. Even now that Ophelia is nineteen months, we wear her in a sling or she walks most of the time. However, I’ve found that she naps so consistently in a pushchair and will stay asleep in there for longer than she will the sling these days, so the iCandy Rasberry is a good addition, especially as it reclines flat, completely and easily. It also has a very generous sunshade which Ophelia pulls down herself, which is great when she needs a dark space to just shut off from everything.

Also generous is the shopping basket. I’ve never come across a pushchair with such a roomy basket. I can easily fit my bag and then some in there and it’s separated into compartments too.

I found putting the iCandy Raspberry together a breeze, taking it out of the box but it just wasn’t that intuitive figuring out how to collapse it. Once I’d worked it out from the instructions, though, it was incredibly simple and quick. That’s been fine off and on buses and trains.

It’s been a dream to push around, steering comfortably and accurately. Laurence and I both love that the handle extends quite a lot.

The only downside for us is that the seat is too small. Ophelia is a big nineteen-month-old, granted, but there’s no way it’s going to last her until three without taking the seat liner out.

But all in all, I’ve really enjoyed using it and it’s a no-brainer passing on the last pushchair we had, especially as this one fits so well in the tiny boot of our Skoda.

Thanks to iCandy for sending me the iCandy Raspberry. If you’d like to know more about this pushchair, check out the Pushchair Expert review.

WWOOFing with children – our first time