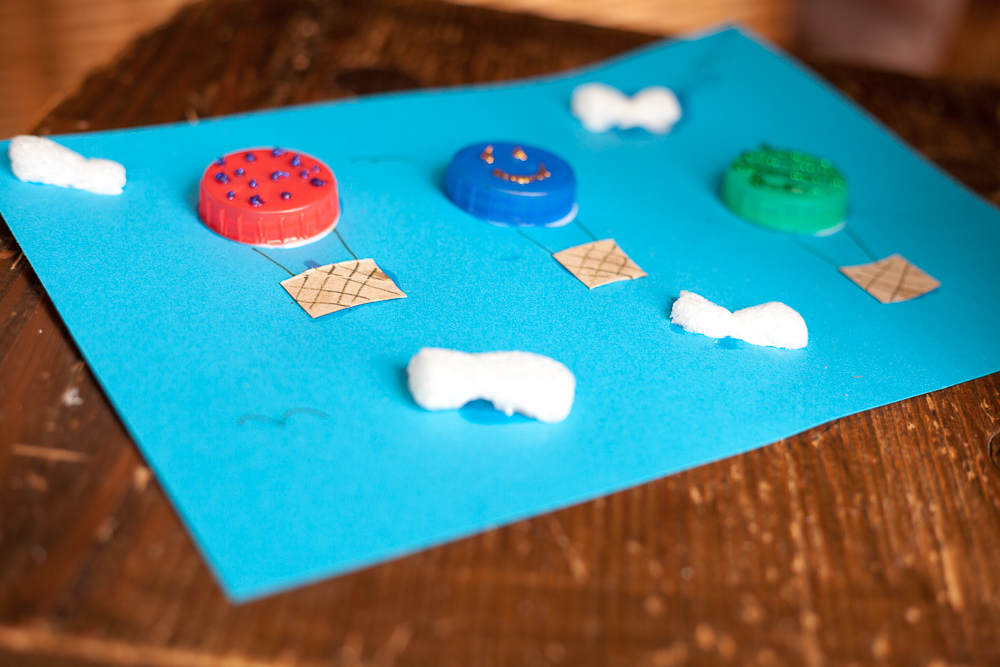 With hot air balloons fresh in our minds from the Bristol Balloon Fiesta, I wanted to do a craft with Talitha featuring them. We always have lots of recycling objects around so I grabbed a few milk bottle caps and we got going.

What we did:
Spread LOADS of glue on the bottle caps and stick them to your card. Talitha did her own, I helped Ophelia. Cut the tube into little rectangles for the basket and stick them on. Decorate the balloons with glitter pens. Stick on the chips for clouds and draw in some details with your pen.

Talitha wanted to do another scene using green card to show hot air balloons that haven’t taken off yet so she drew some people too.

Even Ophelia had a go. I put glue on the paper and gave her stuff to stick on it. I’d have let her do the glue herself but I could only find one spreader and it was causing a bit of a sharing issue! Once distracted with sticking the clouds she was OK.