My parenting instinct? What’s that? 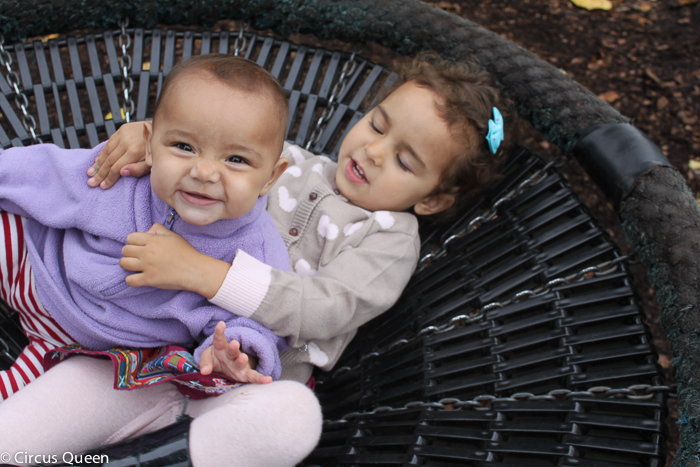 I remember, with surprisingly clarity, a phone conversation with a breastfeeding counselor (now a friend) in the early weeks. It may have been week two after Talitha’s birth and I was in a bit of a state from utter sleep deprivation. She was waking something like every half an hour and the midwife thought it was a breastfeeding issue. Looking back, I think it may have been related to her tongue-tie, actually, but this wasn’t something on the table just yet. What remains with me was the question over the phone: “What is your instinct telling you?”

My instinct? My baby was days’ old. I was tired, traumatised by the birth and none of it felt like it was going well. My confidence had dissipated. I just wanted someone to tell me what was happening and what I should do. I wasn’t even sure I had any mothering instinct. At first, I felt like this was yet another thing I was meant to have and didn’t, along with the ability to birth the way I’d wanted. Perhaps I’d fallen at the first hurdle. There was no voice inside me telling me what was what.

I know now that wasn’t true. Even then – in fact, even in pregnancy – my instinct was there. It told me that we should aim to birth at home, even if that’s not what happened in the end. It told me I needed to breastfeed, even though that ended up being one of the most uncertain battles I’ve fought. But learning to listen to instinct – there was the skill that would grow over time. It’s still growing.

We’re always told that no two children are the same, that a second child could be different. I don’t think I fully believed that until Ophelia was in my arms. Her sister may have been a frequent waker for the first year of life but Ophelia slept lengthily from the start. Talitha was tongue-tied and suffered weight gain problems as a result. Ophelia never lost weight and has gained generously ever since. Talitha was never happy to be separate from me for even a moment, for the first six months of her life. Ophelia frequently lay happily where she was set…at first…

Talitha became relatively independent once she’d learned to sit up, largely entertaining herself. I guess I assumed Ophelia would be the same. Instead, sitting up for Ophelia has coincided with her intense need to be held, to be attended to, to have our attention. It’s hard work, especially with a big sister to look after, a house to keep relatively clean, work to be done, a husband to love and a personal space that needs, well, personal space.

In frustrated moments, I’ve had to take a breath, to ask myself: “What is my instinct telling me?” My instinct tells me that she is only little, that I won’t carry her everywhere forever, that I’m laying down the foundations of natural independence, that “the second nine months” is a thing. I have carried her inside me. The time for me to carry her outside is so brief in the scheme of things. Right now it is tough. Parenting is tough. Babies need so much. Thank goodness for slings!

Further down the line with three-year-old Talitha, I’m often uncertain what instinct is telling me. There’s so much noise and action, not much time to pause and think. But it’s there. It’s there, in rotten clarity, when we get into a battle of wills or when I end up shouting. It tells me that coercion doesn’t raise the kind of adult I want to give the world or that I want to be friends with in the future, and that it doesn’t respect her now. It tells me to slow down, to be creative, to find other ways, to think about where the limits are and why. Instinct is there, even if I sometimes ignore it.

But I’m also tuning in to a message I didn’t hear so loudly last time. It’s one about what I need to live and give abundantly. I’m accepting help where it’s offered and taking the time for other things, even if it’s limited. I’m now saying what I feel instead of internalising it. This time, the connection between my needs and my children’s needs is much clearer.

A few people have recently asked me if the choices we make about the way we parent are philosophical. I suppose they are, in the sense that any choice anyone makes is, one way or another. I feel, though, that they’re better described as instinctual. They always were. I just didn’t know it yet.

On punishing myself as a parent

Don’t wait to talk to your kids about sex

How do we nurture our children’s self esteem?

My parenting instinct? What’s that?