When naps ruled the world 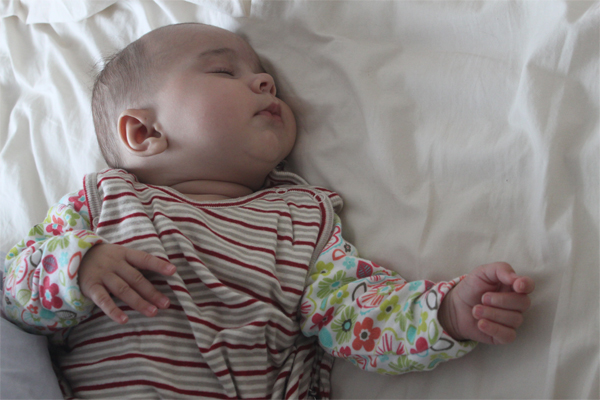 In typical Adele fashion, I recently wasted a day stressed sick over something I have so little power to change: the way my daughter naps.

Good grief, when something as trivial as daytime snoozing hijacks your emotional wellbeing it shows just how much rubbish needs to get beaten out of you by motherhood. It gives you the chance to let go of the small things…or risk losing your mind.

It also pulls your tendency towards pessimism to the surface, uncomfortably demanding that you deal with it like a woman and stop being such a weakling.

Like many babies, Talitha, too interested in the world around her, has started finding it difficult to switch off in the daytime. The truth is, she’s always been a bit unskilled at napping but since she hit 16 weeks, everything’s stopped working. Even the sling fails more often than it works.

And if anything does work, it only works for 30 precious minutes before we have to fight to get to the second sleep cycle, if we can at all.

As long as something is happening around her, she’s a-buzz, which isn’t itself a problem except she really is tired and gets grumpy whenever I adopt a maybe-you-don’t-need-naps approach.

Barring one time in the past week when she fell asleep in the pram for an hour with no fuss (I was in shock), I have spent literally hours every day rocking, jigging, walking, singing, swaddling and slinging this kid to sleep.

The work to sleep ratio is pathetic.

My stress reaction to the situation is even more so.

The thing is (this doesn’t always work but it usually does) there is a way for me to help her to sleep. If I lie down with Talitha and stick my boob in her mouth, she’ll sleep for hours.

This involves me settling her to sleep in the first place then making sure I’m back before we hit the half-hour mark to settle her again.

It’s hardly practical. For one thing, I do actually need to get things done. For another, it’s not exactly a show I can take on the road.

But I’m absolutely befuddled as to what else I can do. An hour of rocking for 30 minutes of her sleeping in my arms or a few minutes of lying with her for a two-hour nap (and the chance for me to nap too)? I’m simply too knackered and too lazy to find another way.

So on Saturday I was having a big woe-is-me day. It was full of: “What if she’s still doing this at 10 months old?” Well, that’s just not worth worrying about. She might not even be doing this next week.

There was also: “It’s so unfair that I’ve got to be home for her to nap.” Ahem, life slows down with a baby. It’s hardly a surprise.

And even some: “What if my next child is like this? I can’t lie down with a baby while I’ve got a toddler on the loose.” Why are you expending energy worrying about a mythical child? No wonder you’re tired.

After my day of doom, I decided to stop being a puddle and make the most of the situation. For the first nap of the day, I work in bursts of a few minutes, going back to resettle her when needed. I’m amazed at how much I can get done in this time: washing dishes, eating breakfast, hanging up laundry, reading the Bible.

The next nap usually hits my own sleepy time so I enjoy an hour or so curled up with my baby, pleasantly zonked.

Then the last nap, I make sure I’ve got a book, pen and paper and my iPhone to hand so I can get some quiet work done while she’s busy recharging.

If we miss a nap because we’re out and that’s just too exciting, it’s not the end of the world. We’ll catch the next one.

It’s not an ideal situation but it’s certainly not worth my, well, losing sleep over. And it certainly doesn’t merit me starting to resent my baby or the scenario, which was starting to happen the more I gave in to stressing about it.

And now that I’ve worked out a system, want to bet that Talitha starts just generally falling asleep in the pram with no bother?

When naps ruled the world