No more crying over spilled milk 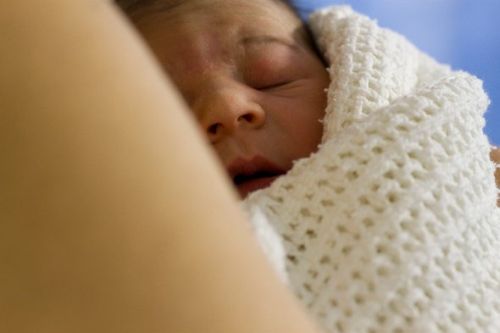 For the past week I’ve been telling myself and those who’ve asked about it that I’ve reached the point of acceptance. Our breastfeeding situation is what it is.

I am no longer expecting exclusive breastfeeding to happen. The aim is now simply to give my daughter as much milk of her own species as I can for as long as I can, even if this ends up being only a few ounces.

This has been called determination. I wonder if it’s also stupidity.

If I had just gone with straight formula a few weeks ago, would I feel as rotten about the whole thing as I do? Or would I feel worse for not having tried?

Whenever I meet someone whose baby’s tongue-tie was resolved early, feelings of envy and guilt bite me in the gut. They’re both misplaced. I know I have to put them away somewhere.

Basically, a major drop in my milk supply last week made me realise that I need to emotionally move on.

In addition to pumping and using a supplemental nursing system, I had counteracted my low milk supply with a drug called Domperidone. It’s essentially an anti-nausea medicine with the side effect of raising prolactin levels and therefore increasing breastmilk.

My GP didn’t know much about it and didn’t feel confident about continuing to prescribe it, wanting instead to use Metoclopramide. I was keen to avoid it since it can affect mood and I have a history of depression.

So my Domperidone prescription ran out and it became immediately clear how much I depended on it. Talitha didn’t even want to be at the breast unless the SNS was there, frustrated that she was only getting drops. Pumping both breasts yielded a pitiful half ounce.

In desperation, I printed information about the drug and booked in an appointment to make a face-to-face appeal to my GP. She agreed to speak to the infant feeding midwife at the hospital who, thankfully, advised her that Domperidone suited my circumstances.

The midwife also offered to take another look at Talitha, having been the one to divide her tongue-tie the first time. Guess what? The tie had grown back partially. Really? Really.

Even as I signed the papers to have it cut again I felt certain that it would make no difference.

As I fed Talitha with the SNS afterwards I was sure we’d always need formula and that whenever I stop taking Domperidone, I’ll probably have to stop breastfeeding her as well.

And that’s OK. Except it’s not. Because I still get teary-eyed about it every now and then. Because I’m struggling to forgive myself when I know I’ve done nothing wrong. Because I don’t know how to draw the line between having compassion on myself and self-pity. Because I’ve let this thing dominate our lives for the past thirteen weeks.

I now have to decide to look at my half-empty breasts with the glass half-full and keep reminding myself to do that.

The door is closed to advice. I’ve now done it all and am still doing it all. Now, we have to live our lives, working with what we’ve got. We need to spend more time looking at her learning to play and less time thinking about what’s in my boobs.

At thirteen weeks, I’m going to accept what we have and stop mourning what we should have had. I’m going to ask God to give me the peace to do that.

I’d love to hear about others who’ve had similar experiences whether you’ve had low milk supply or whatever.