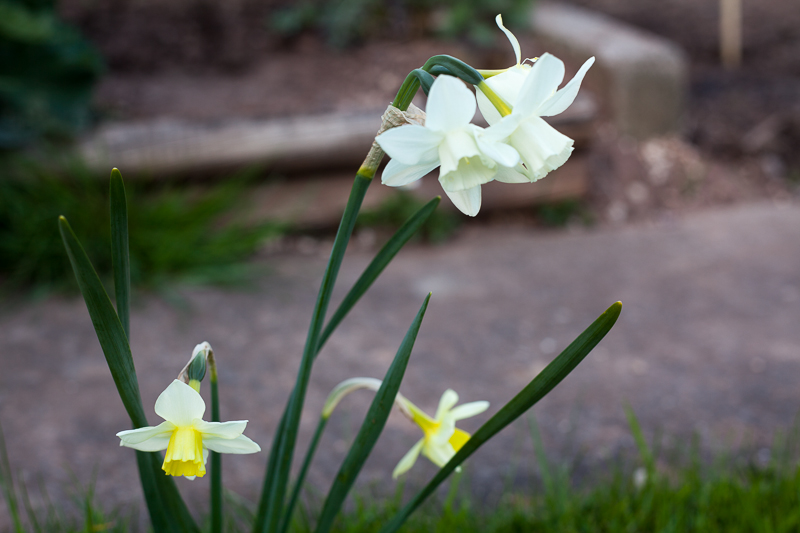 I realise it’s been a while since I did a “noticing the details” type post. I’m not sure I do well with a weekly commitment. The lesson I learn again and again is that blogging about our life works best when it’s not forced. That and, I have infinitely less time and energy available with two children than I did with one.

This has been a tricky week with Laurence being away so it’s really helped me keep perspective to stop and remember some of the beautiful things that have happened recently.

Easter in this home

We made a bigger deal of Easter this time around than we have in years past, mostly because Talitha was a lot more aware of it this year. It’s a much more complex marker on the Christian calendar. It’s easier and possibly more sanitised, talking about the Christ Child at Christmas but how do we walk with children through the horror and beauty of the cross and the joy and hope of the resurrection?

This year, I made up some “resurrection eggs” (an idea all over the internet) with different objects and Bible verses, each revealing part of the Easter story. I also bought The Jesus Storybook Bible to expand from the verses.

We went for a “Victorian explorers” Easter egg hunt at National Trust property, Tyntesfield, on Good Friday. Reflective services are impossible with such small kids. On the Saturday, the churches in our area held a fun day for the community with a bouncy castle, crafts, face painting and cakes – basically everything Talitha would like for her birthday party!

Then, on Easter Sunday, the girls opened up their Shaun the Sheep Easter egg. They’re still pacing themselves sharing it as I didn’t want them to have a sugar overload. They may have even forgotten it’s there! Mainly they both like wearing the cute sheep ears. We had three Easter egg hunts that day. One at church and two in my in-laws’ garden.

I’ve just turned 29. I’ve enjoyed my 20s and I’m actually really looking forward to entering my 30s (I expect I may hit some sort of crisis closer to my next birthday, though). To mark the big 3-0, I’ve challenged myself to do 30 things before 30.

So far I’ve made this granny square. The stitches are pretty uneven but I’m just proud that I got it done! Now to do a few more to make this into a doll’s blanket, then I’m going to get some nicer yarn to make the real granny blanket on my list. I’ve also sown seeds for flowers. As of today, I’ve seen that they’re actually germinating, which is a massive relief!

Suddenly a toddler
Even thought she’s been gearing up to it for weeks, Ophelia’s walking has still managed to take me by surprise. She still bum shuffles some of the time but she is now mostly walking. I’ve finally dug some soft shoes out for her and she seems quite proud of them. Maybe it’s because she sees her big sister wearing shoes?

Her awareness and ability to communicate have just shot on. It amazes me how much she understands and how much she is trying to tell me. Inevitably, we sometimes don’t understand each other and she’s started having little tantrums. It’s a bit of an adjustment, remembering how to relate to a young toddler who doesn’t reason as well as a preschooler.

I’m trying to ease the transition by giving her lots of attention, concentrating on signing while I’m speaking and trying to let her move at her own pace. A lovely little bonding thing we’re doing is going back to those baby massage moves I learned when Talitha was a newborn.

I’m using this Earth Friendly Baby moisturising shea massage oil and it smells so clean. Perfect for relaxing. Lansinoh sent me the chamomile range of Earth Friendly Baby including baby wipes, baby bath, shampoo and bodywash and body lotion. Using them feels like a real treat, especially since they’re organic and aren’t meant to contain any nasties.

The garden’s springing to life

With the weather suddenly getting warmer, the kids and I have been out in the garden lots and it’s been amazing to see everything springing to life.

Perennials like the ornamental sage and roses are growing leaves at a rate. The herbs are going strong. Unbelievably the apple trees and berry bushes that looked like mere sticks not long ago, have budded and are now going wild with proper leaves. The calendula plant is ablaze with blooms.

The narcissus (apparently that’s also accepted as the plural) planted in hope have emerged in force. We have them dotted all around our house and get the excitement of seeing new ones opening every day. To think, we would have just called them daffodils last year, knowing no different. I think I’d like to plant tulips for next year.

Laurence has been working in London this week so I spent my actual birthday at Bristol Zoo with my daughters and mother and daughter friends. My friend so sweetly brought a cupcake with a candle in it.

Talitha took this picture and I just love it! The sky was so blue and the zoo is just full of beautiful flowers (and giant bug models!) at the moment.

The day started with Talitha bounding into my bedroom to tell me “Happy Birthday”. Then she ran off downstairs telling me she had to get me something for my birthday that I wasn’t allowed to see because it was my birthday. She re-emerged with a card she’d stashed away the day before. I knew she’d made it. In fact, she asked me to help her spell “Happy Birthday”.

I was also so touched by the cards, texts and calls from friends and family. It made me realise I need to make more of an effort doing that for other people too.

Ophelia was having a grumpy day, followed by an unsettled evening so, the effort others went to really made the difference as I could easily have wound up feeling a bit sorry for myself. I am grateful for such tangible expressions of love.