On finding out that we’re having a third baby 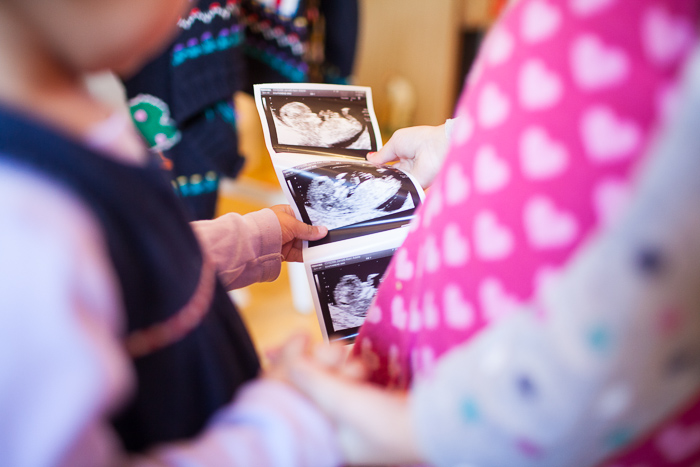 Moments after Ophelia was born, high on the experience of a home water birth, I declared that this was perfect and I was never going to do it again. No more babies.

Maybe it was the easy start with Ophelia (she took to breastfeeding easily and was a rather laid back baby once her colicky stage passed). Perhaps it was the realisation hitting me that I might never do it all again. But I started wondering about having a third.

Laurence was adamantly not into the idea. He pointed out the cost and the fact that we mainly live off his income. With three, you’re totally outnumbered. We were content with our two.

I agreed to give away the baby things. He agreed to remain open to the idea.

Then, I found that was gaining weight and feeling a bit grotty. Just in case, I took a pregnancy test. It was negative so I binned it. That night, for some reason I fished it out and saw that it was positive so I did another test and found the faintest line ever. I showed Laurence and even had to hold it up to the light for him to see what I was talking about.

I think we were both in shock. It wasn’t off the cards but it wasn’t completely planned, though I won’t say more as it would be oversharing. I’ve already regaled you with my peeing on a stick story so you’d probably thank me for less detail, not more.

We told the girls pretty much straight away. Talitha’s response was classic: “You’re joking!” But she’s been absolutely delighted from the start and is already cuddling my bump (how do I have a bump already?!). Ophelia really doesn’t get what’s going on at all. It feels like she’s just a little baby herself but she’ll be two next month.

I keep thinking there’s a much bigger gap between Talitha and Ophelia than there will be between Ophelia and the new baby but it’s only three months less. I guess I just see her as “the baby” which is why it’s hard to remember that Talitha wasn’t much older when I was pregnant the last time around.

The last few months for me have been filled with mixed feelings, excitement over and gratitude for the new baby but also anxiety about how we’re going to cope. There has been a bit of “What have we done?” along with “Looking forward to…” I’m one of two so having a third child seems an alien concept but Laurence is one of three and it’s still taken him a while to get his head around the idea.

On New Year’s Eve we went to the hospital for the dating scan. It was a familiar experience. We’ve been to that building so many times now. We know where the water fountain is and the loos. We chatted about completely unrelated things. Then, when we went in, that moment still managed to take us by surprise.

A real baby, fully formed, up there on the screen. A real baby, wriggling inside me. Not a conceptual third child, a real baby, a new member of our family. How cute it was already. How much I already loved this baby, even if conflicting emotions had distracted me.

I’m twelve weeks pregnant and now I just look forward to July. There will be chaos. I don’t always manage to meet the needs of two so I can’t predict what normal will look like when a third joins us. Every new baby is a step out into the unknown. That’s no longer something I fear.