Taking it one breastfeed at a time 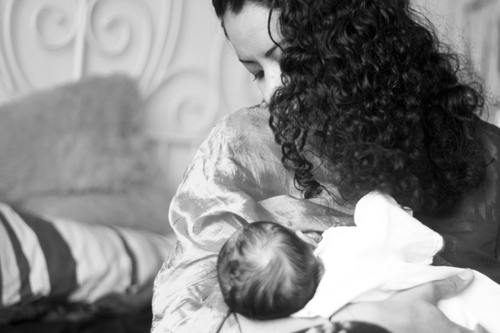 Before Talitha was born, I figured I’d be breastfeeding for at least two years or until whenever she self-weaned. If anyone asked, I’d always tag on “if I can” because I didn’t want to sound like I was getting ahead of myself.

That’s all it was though – a tag. I secretly assumed that if I tried hard enough, I could make breastfeeding happen.

So, when I ran into problems with my milk supply due to a tongue-tie diagnosed late in the game, I was seriously thrown. Determined not to give up, I dived into a stressful routine of pumping, breast compressions, frequent feeding, using a supplementary nursing system and taking Domperidone.

In exhaustion, I accepted that I would never have a full breast milk supply and started topping up every feed with a bottle.

Then, suddenly, my daughter began feeding more efficiently and the Domperidone kicked in. She was gaining too quickly. I dropped the formula right away and she continued to gain normally.

Finally, we’d reached a point where feeding felt natural, even enjoyable – everything people had told me it could be.

I accept that I was a bit crazy to continue when things were going so badly in the first few months but having experienced the breastfeeding relationship I have these past two months, it’s been worth every frustration.

I’ve been told that I should be proud of getting this far. To tell the truth, I’ve not had the time to feel that way. I certainly never dared to.

Two weeks ago I stopped taking Domperidone. It was too expensive for me to keep taking it and I didn’t like the idea of prolonged use without medical supervision.

I replaced it with a herbal supplement called More Milk Plus, a potent blend of fenugreek, blessed thistle and other galactagogues (milk boosters). It did seem like there was a drop in my milk supply but the baby didn’t seem hungry. She’s been fussy recently but I still don’t see recognisable signs of hunger.

Yet, when I had her weighed this past week, she showed a weight loss of a few ounces. Of course, this could be attributed to different scales or an empty bladder. I doubt that it’s solids as we’re doing Baby Led Weaning and she’s not eating enough to displace any milk feeds. She also doesn’t move around yet so it’s not down to mobility.

The fact that it coincides so closely to me coming off the Domperidone makes me think that that’s caused the weight loss, if there is one. She gets weighed again in three weeks to decipher what’s happening.

When I got the news, I was upset about it but not distraught as I would have been earlier in the process. As I gain experience, I gain perspective. I’m learning that a change of plans doesn’t wreck a baby.

I have made an appointment with a different GP to see if he will prescribe Domperidone to carry me through the next four and a half months so I can finish the year without combination feeding (aka the worst of both worlds). I’m also trying to pump though I’m finding it, in some ways, more difficult now.

Hopefully he will agree to but even if not, my breastfeeding goals are a lot more realistic now. It’s no longer about looking ahead for months and years. Sometimes I think: “Let’s just make it to next week” but I’m mostly just taking it one breastfeed at a time.