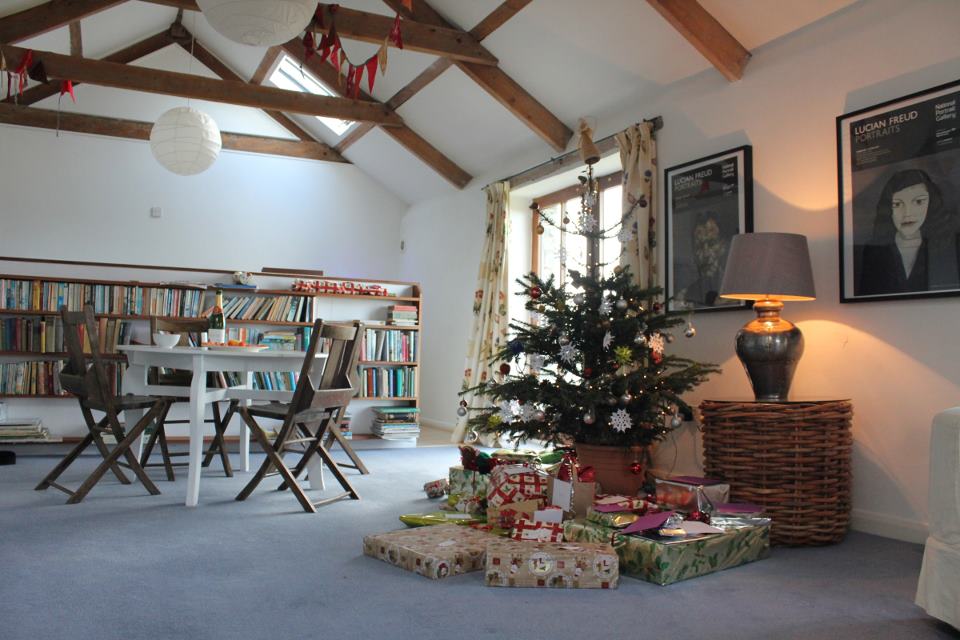 It’s been a while since I’ve been here.

Christmas is a busy time and my parents were staying with us but that’s not why I went silent.

Like many prone to moods they don’t feel in control of, it’s easy for me to get too self-reflective at the end of the year.

So I drafted five or six posts and hit “delete” instead of “publish”.

Everything I wrote looked pathetic or false on the screen.

In real life, I joked with Laurence about being slightly unhinged.

Quietly, I wondered if I was becoming unwell again.

Instead, I’ve been shaken up, in the best way, by a few messages the season threw at me.

We’ve been down in Cornwall with all our family sans my sister-in-law’s mum and sister who were in Trinidad and my brother-in-law out in Thailand.

A slightly rambling sermon in a surfer church on Christmas Day made me ache for time alone, seeking and enjoying the presence of God.

In fact, it re-sensitized me to the noise level in my everyday life.

There has been little space to hear any Still Small Voice.

The next message came from a quite different source.

We were watching The Muppets, as in the 2011 film, and there’s this bit toward the end when Jason Segel’s character tells his muppet brother (go with me – don’t judge) that growing up means choosing to become the person you want to be.

I happened to win it from Disney at the BritMums Live! Conference last year and it’s not exactly a film I expected to hit hard, but it did.

The New Year is an arbitrary time to resolve to change anything in your life or to sketch new challenges.

Still, I feel like this is the year to stop procrastinating, to put away my excuses and live in freedom.

The final message came from this video my friend made to document a year with her baby:

In Trinidad, we call the last day of the year Ol’ Year’s Night.

There’s a lot of looking back but also of living in the moment rather than rushing into the New Year.

I look back and can’t believe how much has changed.

My baby grew into a little girl.

She runs – sometimes into walls. I try not to laugh.

She talks. She has lots of words now. None of them is “mummy”.

She is sensitive and sociable.

She has (some) hair.

I have changed too, though I couldn’t list for you how.

I accept, laugh and love in ways I couldn’t before.

I am grateful for what has been and look forward to what is to come.

So, moving into 2013, I figure I should honour tradition with a few resolutions:

Tell me, what are yours?