Potty training – how we did it and what I learned 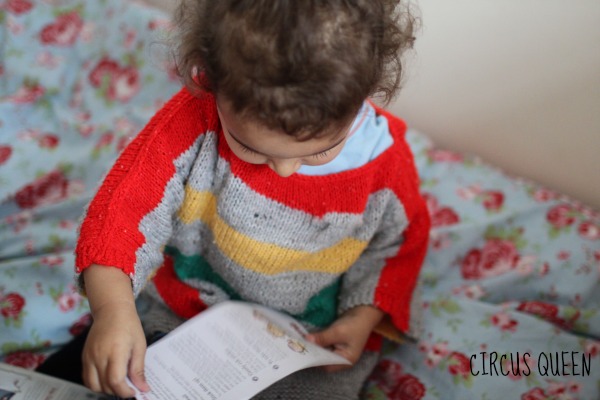 I really hated that term, potty training. I recoiled from it. To me, training was something you did with a dog (or failed to do with a cat), complete with treats and manipulation. Instead, I looked to elimination communication for an answer but was flummoxed. At 18 months, my daughter flat refused to let me put her on a potty or bring a potty near her. EC in its traditional sense was no longer going to be possible.

However, I wish I’d not taken that as a cue to return to nappies. She recognised wee and poo and had a strong enough will to argue about the situation. It would have required much more effort on my part and would have taken longer, but I’m convinced that we would have been nappy-free much sooner and that that would have been worth it.

Instead, I spent much time looking for ideas on “gentle toilet learning” but so much of what I came across involved experts and parents saying that it is better to wait and let them choose to leave the nappies behind. This did not sit well with me either, though I couldn’t quite say why.

So I found myself caught in this weird place where I felt guilty that I wasn’t helping her out of nappies but also guilty for wanting when others said she was too young. Parents of generations past must wonder why it’s such a dilemma for us these days. Heck, parents in other countries must wonder.

I found the hardest bit of potty training wasn’t the actual potty training itself but the overwhelming onslaught of information that came at me. Wait, go, no rewards, yes sticker charts, bare bum, training pants and OMG if you do this wrong you’ll traumatise your child or end up with the hardest life ever!

At the end of the day, waiting until she wanted to do it did not make sense to me. If I’d waited, she’d still be in nappies now and it’s not as if nappies are even necessarily a natural solution. Babies are born ready to do their business away from their bodies. How strange that we train them to do it in a nappy instead then leave them to figure a way out for themselves. I realise that some people find waiting suits them fine and I’m not criticising anyone for that. Each of us have to work out what the best thing for our family is.

For me, I had to reach a point where I saw that leadership does not equal authoritarianism and that being firm does not mean being coercive – that “potty training” is not a bad term. I knew that I had to guide her but I just didn’t know how.

The last straws for me were:

So! The time had come. I remembered an ebook I’d seen advertised on an EC website and, though I was extremely dubious, I’d already made up my mind that it was going to be this week. The book is called “Oh Crap. Potty Training”. It’s straight talking and will definitely rub some people up the wrong way but it’s totally what I needed – a kick up the bum, a just-do-it-already attitude! It ticked my boxes: no courting power struggles, no rewards and no praise (I have said the odd “Well done” but have been very careful not to make a big deal of potty training this time around).

I didn’t even bother to wait the week it suggests. I consumed the whole thing in an evening and got down to business the next day. This is what happened:

Day 1: Half-naked, lots of crying, begging for nappies. I questioned myself internally but remained firm, resolute and clear about what was going to happen: poo and wee goes in the potty. I reminded myself that I was conveying to her that I have confidence in her. We stayed at home (in fact I cleared the calendar for the week) and had a wonderful day playing, building puzzles and reading books. I didn’t let her out of my sight for a moment. Every time she needed to go, she’d beg for a nappy but to my surprise, there were no accidents. She did everything in the potty. I felt like I’d found the cure to cancer.

Day 2: Fully clothed but with no pants. Still crying for nappies which I reminded her we’d thrown away and that she doesn’t wear anymore (conveniently avoiding the fact that I’d put her in one overnight!). She had an accident and didn’t seem to notice. I drew her attention to what had happened and had her help me clean it up. I didn’t make a big deal of it but I reminded her that wee and poo do not go in clothes, they go in the potty. Then she had another and this time she told me. I thanked her for telling me and reminded her. Inwardly, I was wondering if I’d made an awful mistake. Maybe she wasn’t ready. But there was no turning back. I’d committed. I’d told her the nappies were gone. The third time, she told me midway and stopped when I told her to wait. I took her to the potty and she finished there. And that was it. From then on, no more misses.

I’d been teaching her to take her clothes down and so from then she’s just taken herself off to the potty and called when done for a wipe. A week later, we introduced pants with no problem. A week after that we said goodbye to night nappies. That’s been a bit trickier. The book recommended that we day and night train at the same time but I was too chicken. Sometimes she was dry at night, sometimes not.

The second night, I lifted her at midnight and she told me, half-asleep, “I do NOT need the potty!” Well, OK. I put her back to bed. I’d set the alarm for 3am and Laurence went in to lift her and she told him the same thing: “NO! I DON’T NEED TO WEE. I want my bed!” So, back to bed. And she was fine. She got up in the morning and used the potty.

From then on, we’ve just left her and she’s been fine, holding it until morning. In fact she’s only had two accidents and both were my fault. One in the day when I knew she’d had a lot to drink and hadn’t been to the loo in hours. We were out which she’s always a bit funny about, I think, because she’s not sure that everywhere we go has a toilet and she’s very private. Even then, she told me just when she’d started and we made it to the loo to finish. The other time was in the night when she’d got to bed extremely late, about 10.30 because we’d been out and she’d had a MASSIVE drink before bed. So, overtired and full-bladdered but I’d not really thought about it. The rest of the time it has been fine.

She’s also started using the toilet, with us just offering. It’s just been so interesting seeing this unfold and participating alongside her.

So, I’ve learned a few things from this so far…

I realise this experience is going differ wildly from anyone else’s and I’m in no way attempting to tell anyone what they should do or offer a potty training guide. I just want to share because I think hearing different perspectives can be useful, once you remember to listen to your gut first and foremost. You know your child best.