Home educated children are not missing education or invisible 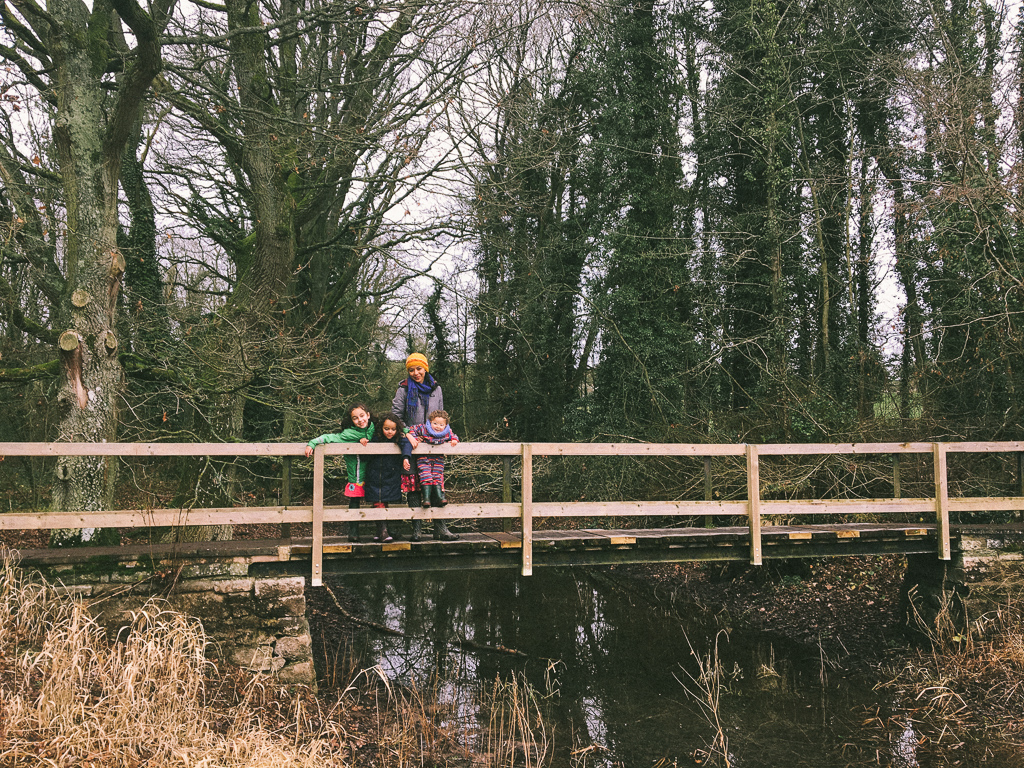 Like so many home educators in England, I watched the much discussed episode of Channel 4’s Dispatches, “Skipping School: Britain’s Invisible Kids” earlier this week. The episode itself I didn’t find compelling viewing – a bizarre soup of tenuously related issues thrown together, overwritten with repetitive commentary, meant both to get the audience worked up and force some meaning on this mess. However, I know that many watching the programme won’t see it this way.

The Children’s Commissioner’s report referenced in this documentary is part of a bigger conversation around home education that has become difficult, and even dangerous, for home educators like me to ignore. The rally cry for home educated children to submit to compulsory registration and monitoring may well carry.

And so, in an attempt to engage with this a little, I want to ask a few questions of Dispatches, which will likely form the basis of my feedback to Channel 4.

Was the brief to slap on the most incendiary title?

To be fair, they didn’t have to try. They used the title of the Children’s Commissioner’s publication. Did no one at any point stop to ask whether the phrase “Skipping School” was likely to paint the children it was discussing both inaccurately and in a dim light as truants?

And yes “Britain’s Invisible Kids” echoes the report’s “Invisible Children” but that they chose to adopt it without evidence that any of the children discussed (yes even in the desperately tragic case of Dylan Seabridge) were invisible to authorities smacks of propaganda.

If children are indeed getting lost in the cracks between services and professionals when processes to avoid this are already in place, how is a compulsory register and monitoring going to help?

“Ultimately there has to be a register”

Oh wait, she’s not talking about schools, she’s talking about home ed! Well, that’s a shocker – attempting to deal with massive failings towards some children by schools through a home ed register.

Why are we even looking at home educators here?

Both the Children’s Commissioner’s report and the programme reflect the enormous failings on the part of schools, local authorities and the system at large. Yet the show unwaveringly focuses on home educators, insisting that we must get children back into schools.

Certainly, many of the parents interviewed say that they’re not home educating by choice and one child makes a list of what her ideal school would look like since she wants to go to school.

So surely Dispatches should take a look at what the government needs to do to properly support schools? But it doesn’t really. A quick look at an inclusive school struggling under the strain of decreased budget and unrealistic standards acts as a set up for another fraught look at the menacing alternative: education outside of school.

If schools are “off rolling” children at GCSE level, pressuring parents into deregistering so their children aren’t formally excluded, shouldn’t we discuss how this unethical practice is dealt with? When children are deregistered from schools, school are legally bound to inform the local authority so wouldn’t questions around the circumstances at least identify where it’s happening? And apart from preventing schools from absconding their own responsibilities to students and supporting schools so it doesn’t come to this, why not look at providing more alternatives to GCSEs for students for whom they’re not a fit?

And seriously, why are you even including an OFSTED inspection of an illegal school here?

Illegal schools and home education are separate issues. That’s why OFSTED is involved in identifying unregistered schools. Why conflate these two issues other than to amp up fear around home ed? #dispatches

By the way, WHERE are all the long term home educators?

All the families we meet in this episode are in their first weeks and months of home education. We meet two families just four weeks after deregistration – that’s not a long time to settle into things, work out what’s out there, find who’s around or discover how your child learns. I realise a month sounds like a long time if school is what you’re used to but the move to home education is a lifestyle shift.

I’d have loved to meet families whose children were grown or who had at least home educated for a few years, perhaps even from the start. How different the picture could have been. And I imagine it would not have fit the show’s overarching message.

Why is education continuously conflated with safeguarding?

We’re constantly told that home visits and monitoring should be allowed. But why? When children are under the age of four we don’t invite supervision and inspection of our own homes. What happens at school age that suddenly puts a child at higher risk of abuse or neglect?

Councils may well feel that they don’t have the powers to ensure safety but safeguarding is not a home education issue. If a suspicion is raised then Social Services have the authority to investigate the home life of any child, regardless of where they are educated or how old they are.

The argument goes that the visibility of children in school allows vulnerable children to be identified. Yet schools too often miss children at risk. There have been some devastating cases of child mistreatment where children were not in school. However, these children were known to professionals.

Compulsory registration seems unlikely to prevent these cases where existing procedures did not. The call for it may even distract from finding effective solutions.

Meanwhile, insisting that home educators should all accept home visits recommends an invasion of privacy that the average person would find violating. Yet we’re meant to welcome inspection if we have “nothing to hide”?

Why assume that schools are better at educating children?
I felt for mother Sam when she struggled to pronounce the word “cataclysmic” and admits that she didn’t feel confident in her ability to home educate. Honestly, I regularly Google the pronunciations of words and I have a Masters degree in English Literature. If school is the option families feel happier with, they absolutely should have access to settings that meet the needs of their children.

Yet the underpinning assumption in this segment is that if you have gaps in your own education or are neurodivergent, you’re not fit to educate your own child, even if you want to.

This simply isn’t so. For a start, you probably went to school. So, if you feel unable to help your child gather the tools and develop the curiosity to do the things you want and need to do then school may not have been the most effective teacher.

Parents who want help should have the option of support. Making contact with a local authority rep with a holistic understanding of home education and a wealth of information could be an incentive of voluntary registration. Sadly, this often isn’t the scenario parents are met with.

Beyond that, there are so many online resources, many of them free, and Facebook makes it easy to find real, live home educators in your area with whom you can discuss your options or discover what workshops and activities are available locally.

And children do find what they need with parents who are engaged, even if it takes a while. In fact, despite her concerns about being able to educate her son, Sam helps him learn to tell the time, which he’d never managed in all his years at school.

Is academic achievement the most important thing and is home education incapable of achieving it?

I felt the segment with Sam was positive overall but Anne Longfield keeps us on message, asking whether he’ll achieve GCSEs. Why is the focus on GCSEs at this point, when he’s just learning to tell the time?

And why isn’t his happiness deemed an important part of his future? Throughout the programme, school is presented as the norm that home educators are potentially robbing their children of and yet school is not a happy place for so many children. Repeatedly, the parents interviewed tell the camera that their children are more confident and happier since leaving school. This is never commented on.

Why assume that qualifications are necessary to achieve employment? What kind of last-century thinking are we reverting to here in a world that is rapidly changing? A survey of unschoolers in America showed that many respondents were self-employed and considered themselves polymaths.

Certainly, we can’t know what careers our children will want to pursue later on but there are other ways of achieving qualifications if they need them or even accessing higher education without following the standard pathway. People who have learned how to learn and have not lost their love for learning may well find creative ways to get to where they need to go.

Did they intend to make all home educators appear isolated?

Obviously, there would have been issues around filming home educated children in group settings with other children but could they not have included quotes about what they get up to with others or what’s available in their area?

Again, if they’d interviewed long term home educators it would have inevitably come up somewhere. But who knows if it would have been included as it didn’t fit the programme’s agenda? Is that really cynical of me to wonder?

The one almost entirely positive depiction a home educating family – whom Anne Longfield admits is delivering home education well – includes a line from the child saying that he misses not seeing his friends every day at school.

Fair enough, that’s how he feels but to choose not to follow that up with a look at how he socialises or indeed how any of the children in the programme mix with others seems a deliberate choice.

Perhaps if we knew too much about who they see and where they go outside the home, we’d know that they aren’t, in fact, “invisible”.