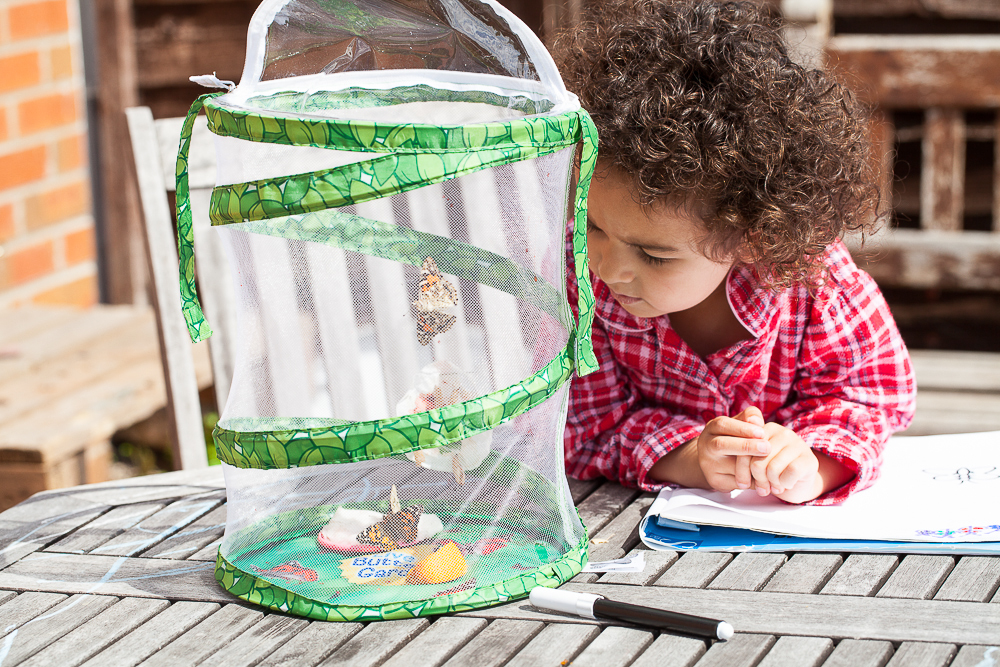 This was such a good bit of fun, I just have to share it here even though we did it a few months ago. The girls were given money for Christmas so we used it to buy an Insectlore Butterfly Garden.

The netted butterfly enclosure was delivered with instructions and a voucher code to order the caterpillars.

Here are the caterpillars when they arrived. One hadn’t hatched yet. They grew scarily big rather quickly. I wish I’d taken a picture of the massive caterpillars. Definitely a real-life illustration of The Very Hungry Caterpillar!

Eventually, they crawled to the top of the cup and hung in “J” shapes, growing cocoons. I’ve made this image black and white to spare you the caterpillar poo.

Giving all the caterpillars time to go into cocoons and for their cocoons to harden, we transferred the disc at the top of the cup to the butterfly garden, pinning it to the netting.

It was hard to believe that something was actually going to happen to be honest. I was so paranoid that somehow it wouldn’t “work”! But then one morning, we came down and there was fully formed butterfly, drying its wings.

Talitha, then 3 going on 4, was absolutely mesmerised by the whole thing but so was I. How could our caterpillars have become something so different? It was like observing a miracle.

We gave our butterflies fruit and sugar water to eat.

The only thing I would have done differently is line the bottom of the enclosure with kitchen roll as the instructions suggested because the new butterflies expel a lot of red meconium and it’s sticky stuff.

We kept a magnifying glass next to the cup and the garden to observe the caterpillars/butterflies through the entire process. When they’d all emerged, Talitha decided to draw them. We also printed and laminated a life cycle poster from Twinkl to refer to while we talked about what was happening.

Finally, it was time to release our butterflies since I didn’t want to have to care for LOTS of new caterpillars.

We’ll definitely do this again. We can keep the butterfly garden and keep ordering new cups of caterpillars or we might even just try bringing some in from the garden (along with whatever plant we find them on). 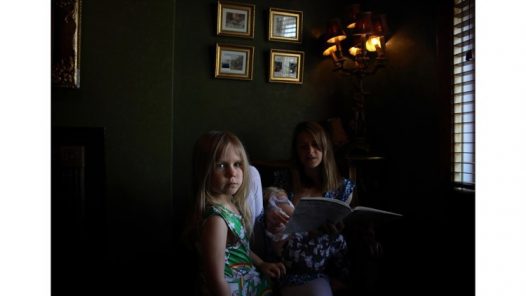 Hello everyone, I’ve put together a unique opportunity on Tuesday 3rd November at 8pm for anyone considering life without school, already home educating but looking for more encouragement or wondering what home education looks like for older...