Save independent midwifery: Choose your midwife, choose your birth 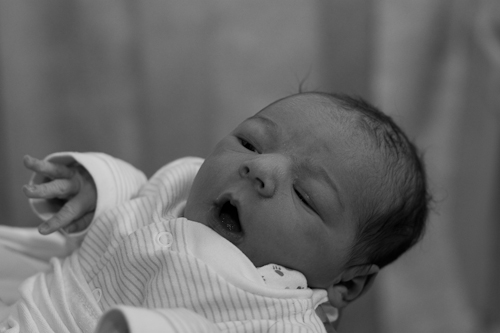 I was fortunate when I was pregnant with Talitha to see one community midwife all the way through my pregnancy. Most women I’ve spoken to since have said they never met the same midwife twice.

Sadly, my community midwife was not on call to see us while I laboured at home and she was not the one who delivered Talitha in hospital.

The midwives who helped us were wonderful, mind. But every time a new person entered the scene, my contractions slowed down. If there’s one lesson I learned from Talitha’s birth, it’s that a woman’s body can be very sensitive to stress and anxiety. They can tell her cervix that it is not safe so it is not time.

Although her birth ended in a normal delivery, it was not without intervention. I know it could have been worse but that doesn’t change the fact that it was traumatic. This wasn’t helped by feeling that we were at the mercy of this sea of faces we didn’t know. Though it was my body and our baby, we felt like we were on their time and had to play by their rules.

I’m incredibly grateful that they got us out of it alive and well but I’m convinced that our birth wouldn’t have become such risky business had we had the continued care of someone we knew and trusted.

I don’t know that we would go for an independent midwife next time around but I’m gobsmacked that women might lose the option. From October 2013, an EU directive will be upheld in the UK, requiring all health care professionals to have indemnity insurance to practice. Currently, independent midwives have to practise without it because the premiums are prohibitively expensive. October onwards, independent midwifery will no longer be viable.

If I were to fall pregnant with my second now and this change in law were to go ahead, we’d be boarding the NHS train a second time without a choice. The NHS would hold a monopoly on maternity care. This seems wrong.

Tomorrow in London (March 25), independent midwives and others who believe in birth choice will protest to preserve it. To find out more, visit Choose your Midwife, Choose your Birth.

If you can’t be there tomorrow, please sign the petition and write to your MP. It may not affect you but it will affect women in your life, both in this generation and others to come.

Episode 28
Save independent midwifery: Choose your midwife, choose your birth