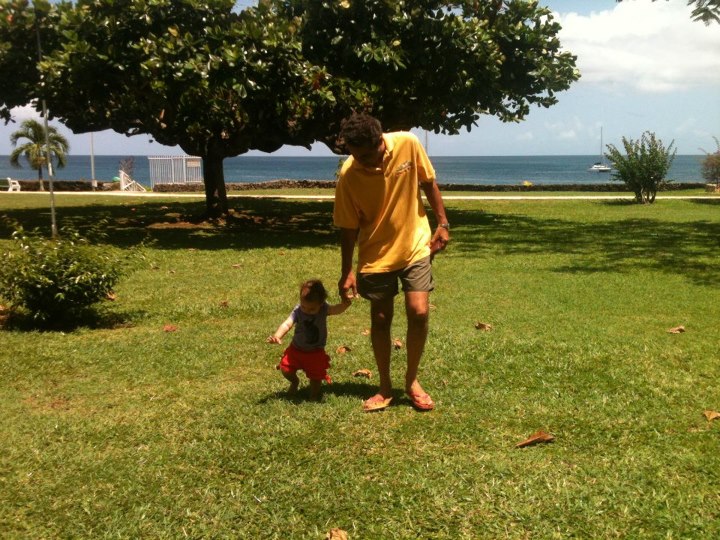 We’ve just come to the end of day nine of Talitha’s mystery illness. A sick baby on holiday – not exactly planned for. A paediatrician I spoke to over the phone thinks it’s a minor virus. Up until day three I thought she was teething. With not a swollen gum in sight and an unrelenting fever, it was pretty clear something else has been going on.

She seems to be getting better now but she’s gone hoarse, so we’ll be calling the doctor again tomorrow. It’s a cute sound – kind of like a baby pterodactyl. It’s absolutely heartbreaking to hear her cry though and she’s still crying a fair bit because she’s not herself. How do you get a baby to rest her throat? I mean, other than letting her continue playing with the coin found on the floor, letting her share your crisps and never ever even for nappy changes putting her down?

One of the hardest things about this illness has been the way it’s affected her breastfeeding. For the first few days, she wouldn’t feed at all. In fact, the sight of my breast seemed to distress her, which then worried me. Would this lead into a nursing strike? Would we have to work our way back not to end this way?

It was also just plain weird not being able to mother her with my breasts. Our sure source of comfort was just not an option. One surprise that came from that has been how cuddly she’s become. She’s wanted to just be held close and for the first time is leaning against me, just chilling out.

She’s started breastfeeding again though not avidly – a relief because the hand expressing wasn’t how I’d planned to spend our holiday. So far the cuddles remain. Now if we can heal her throat, we’re good to go.