Sixteen weeks pregnant – all the thoughts and feelings 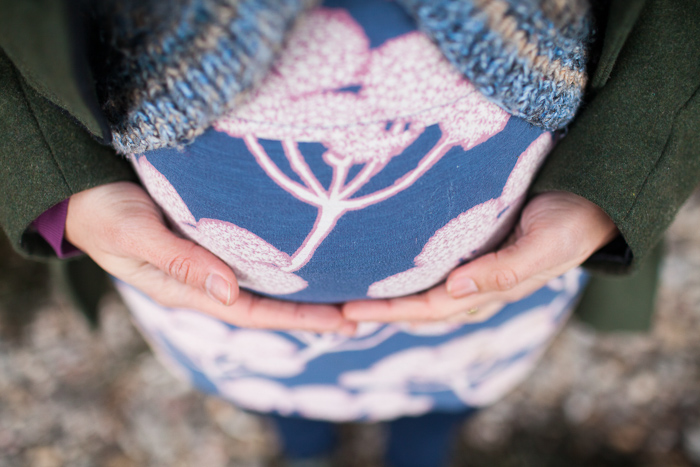 In some ways I can hardly believe I’m sixteen weeks pregnant now. That’s only four weeks to being half way to my due date (though past experience of having “late” babies means I’m not too focused on a date, anyway).

On the other hand, having found out I was pregnant at just two and a half weeks, it feels like it’s been absolutely ages.

I spent the first trimester wishing the time away because of how yucky I felt. I was exhausted. I could easily sleep the afternoon away, which obviously with a four-year-old and a toddler at home, wasn’t often possible. Nausea struck every evening, often waking me at night along with frequent bathroom trips, the latter a symptom I’d never experienced at this early stage of pregnancy before. It could usually be kept at bay during the daytime if I ate constantly, which I know is quite fortunate though it has meant I’ve gained weight more quickly this time around.

Yet I kept hoping July wouldn’t roll around too quickly because I still hadn’t come to terms with the idea of having a third baby, partly because Ophelia still feels like a baby. My milk quickly dried up, nipples became sore and breastfeeding began to trigger nursing aversion and nausea as they had when I breastfed through my second pregnancy.

Night weaning was far more challenging with Ophelia, which was a surprise though it shouldn’t have been, because she is a different child. Talitha moved into her own bed at two but I think Ophelia, two in February, is unlikely to be leaving our bed anytime soon.

We are still breastfeeding, though, and I will blog about the experience soon because there can always be more stories shared for women considering breastfeeding through pregnancy and tandem breastfeeding.

Now, at sixteen weeks, I’m grateful that nausea has subsided, though it occasionally resurfaces. I’m grateful too to be less tired, though getting struck down by a virus that is either a terrible cold or some form of flu has taken its own toll recently. Thank you, pregnancy immunosuppression. All in all, I’ve come to a point of starting to enjoy the pregnancy more, which is something I can’t take for granted, knowing how many women suffer far worse than I have and sometimes without the support of friends and family that I’ve had.

It’s helped too seeing the scan and being able to imagine a real baby inside there. I can now feel the movements with certainty and imagine another baby snuggled on my chest.

We’ve started working out the practicalities involved, making it easier to imagine a third child in our family. We’ll move the girls into the bigger room to give them more space and so we can put more storage in for the baby’s things and make the tiny box room the guest room for when my parents come from Trinidad to stay. We’ve started vaguely thinking about what we need and want to get for the baby this time around since our terry nappies are worse for wear and we gave away almost everything. We’ve accepted that we can’t afford a bigger car and will have to make our little car work somehow.

All of those things are minor details, though. At some point, I want to start thinking about the birth. After a beautiful, calm, homebirth in water with Ophelia, I’ve been unprepared for the little anxieties that surface when I think about giving birth again. I think it’s partly because there were things that happened that I didn’t fully process because I didn’t really need to. As far as I was expecting, I wasn’t going to do the work of labour and birth again.

So, I’m thinking I need to start practising hypnobirthing again, working on fear release and, of course, praying about it all. I don’t know if that means taking another hypnobirthing class. We’ll see.

Certainly, we’re keen on having a doula again but this is something I keep procrastinating on. There are a few birthy things I’m not going to choose this time but having a doula isn’t among them. Maybe I keep putting it out of my mind because once I started meeting doulas and booking one, I’m admitting that this is all really happening? Maybe there’s still a touch of denial there?

Apparently this baby is the size of an avocado now. Not that that comparison means much to me because it certainly doesn’t refer to the big fleshy fruit I grew up with growing in my mother’s garden. Even if I imagine the tinest UK supermarket avocado, though, I’m amazed at how quickly life can change.