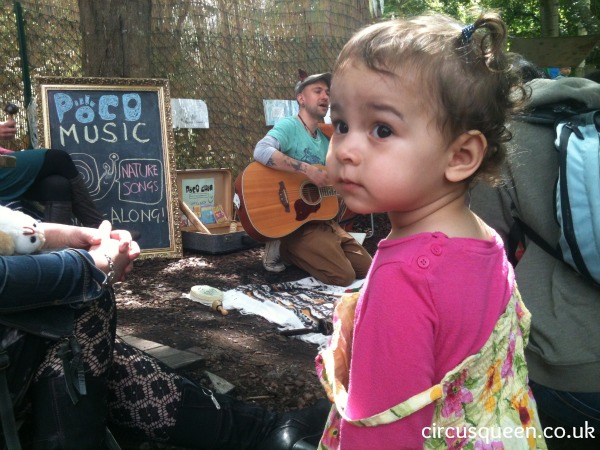 A week ago I passed my theory test – again. See how I feel like I have to tag that on the end? At the test centre, three people asked if it was my first time taking it and when I responded, consoled me: “Second time lucky.” No one can say the West Country isn’t friendly.

I then launched into awkwardly explaining that I passed two years ago but let it expire because I hadn’t got around to taking the practical. Come to think of it, their assumption looked better than the truth that I’ve been learning to drive for two and a third years. Yes, I’ve been a bit distracted, you know, with a small child kind of distraction, but still.

So, I sat at the test screen all ready to start. I’d done my revision and everything (albeit not with an up-to-date book) so should be good to go. Then I had the sudden panic: “What if I FAIL this time?” Then: “What if this process is taking me so long because I’m not MEANT to drive?” And after that: “What if I learn to drive and KILL A CAT?” At seventeen I’d never thought I’d still be learning to drive ten years later but maybe there’s a reason.

Anyway, I passed. And I’ve booked my practical for the closest date I could – early July. So maybe, just maybe, I’ll have got this thing kicked in three years total? I don’t even want to think of how much money has been haemorrhaged in this process. I will drive. I will. Right?

Later in the week I was clearing through the house, starting to get things sorted for our big house move and found some henna I’d won over Twitter from Lush. So I got it into my head that I was going to do a makeover. I used way too much of it and ended up making a huge mess as a result but lesson learned for next time. However! It conditioned my hair beautifully. Oh my goodness, I’m a total convert. I think it’s given me reddish hue too but Laurence doesn’t see it, partly because he’s classically “male brained” that way and partly because my hair is too dark for anyone who doesn’t look at me as obsessively as I do to see it.

In this whole makeover shenanigans, I got the bright idea that I’d cut my hair. So I dug out a pair of scissors and gave my hair a good old hack until I realised the pair was just too blunt to do the job. Cue, another pair of scissors and a bit more of a snip. I looked at my work. I wasn’t sure. Then I went to bed. And I woke up distressed. I had cut my hair too short. Oh no. This from the girl who used to shave her head. I’ve come to realise that having hair makes me feel feminine though. I almost made Laurence late for work as he tried to listen sympathetically to my despair over my ruined image, the washing machine having died and my general pre-menstrual meltdown. Woe. Talitha just looked at me like: “Mummy, get over yourself.”

Then I styled it with coconut oil and water (I’m trying to stop putting chemicals in it these days) and to my amazement, I like it! In fact, I love it. In fact, I kind of think my hair should always be this length. It kind of reminds me of the girl in Run, Fatboy, Run. I love her hair. Furthermore, I have seen a whole bunch of my friends since then and the only one who noticed the new hair was one I don’t see very often, so, win!

The highlights of the week, however, were on the weekend. On Saturday, Laurence arranged to go do a fun photoshoot over near Bath so I decided to ignore the fact that we desperately need to pack and take Talitha to Windmill Hill City Farm‘s Spring Festival. It was amazing. Great music, yummy food, crafts, outdoor play, stalls but my 23-month-old only really cared about her toddler friend and the animals, especially the visiting owls and donkeys. That night, as she drifted to sleep, she kept murmuring, “Ee-yore, dawn-key.” It was the sweetest sound there ever was.

Talitha was fascinated with the tiny frogs

We ended up buying a CD to take home the pretty, if trippy, sounds of Poco Drom.

The weekend was rounded up with a day spent with Talitha’s three and a half year old friend. We took the girls to Frankie and Benny’s for lunch over at Cribbs Causeway. We’d been sent a voucher to try out the new specials menu. Laurence had the gnocci and I the Philly Steak Sandwich. Both were tasty. The service was prompt and friendly. It’s such an easy place to take children. The girls had a grand time having balloons made. Talitha predictably had a cat but her friend wanted Spiderman.

Who knew a balloon animal could be the source of such delight?

Wall art at Frankie and Benny’s

Actually, this girl went on to spend the day touching frogs, collecting empty snail shells and climbing trees. It was so cool to see a little girl who was very definitely frogs and snails and puppy dog tails though she’s also a bit sugar and spice. It reminded me that I want to hang back and just let Talitha be whoever she’s going to be. It made me excited about this privilege of watching her grow up.

We spotted three frogs in our garden pond!

Disclosure: I was sent a voucher to use at Frankie and Benny’s for the purpose of trying their new specials menu and blogging about them. My views, as always, are mine – and honest too.