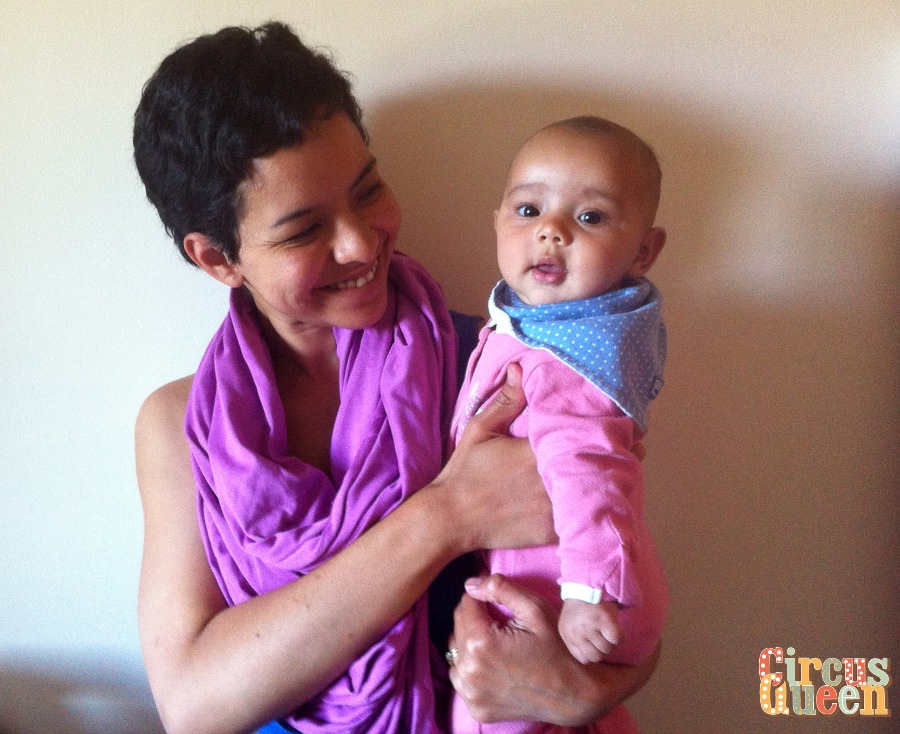 Snoob calls itself “the stylish breastfeeding scarf”. It’s basically scarf meets nursing cover. When Snoob got in touch, asking me to review one and give one away, my first thought was honestly, “Omg, people are going to think I’m telling women they need to cover up.” Which, if you’ve been here before, you know I’m not.

In the past I’ve felt pretty gung ho about free range boobs. I still think it’s sad that we live in a hypersexualised culture where people are so weird about breasts and public breastfeeding. The only way for that to change is for more women to just nurse their babies whenever, wherever, however.

That said, three things have happened in the last few years to open my mind about products like this. One, I’ve kept meeting pregnant women who are considering breastfeeding but so worried about their breasts being seen in public. And I kind of think, hey, if being discreet makes them comfortable breastfeeding then who actually cares? Two, I’ve had another baby and been reminded of how awkward it can be to latch a newborn, especially if you’re somewhere where you feel exposed. Three, I’ve been to loads of weddings where I’ve ended up wearing my one and only nursing dress because it’s awkward getting my GG’s out the top in plain view.

I feel like the Snoob is a good option for any of those scenarios. It’s compact and pretty enough that you loop in over a couple of times and it’s just a nice, lightweight scarf but voluminous enough to cover as much of your baby as you want when you unloop it. That’s pretty useful if you have a distractible baby and because it’s already around your neck, you don’t worry about flaying hands pulling it down.

I like that it’s not a big apron thing that draws the attention it’s trying to deflect and that it’s something you can wear after your breastfeeding days are done. I do think they could do with some bolder colours (the colour featured here is orchid). The make-do part of me says, “Oh, but you could just sew one” but the realistic part of me knows that with all the stuff that goes on around having a baby, I probably wouldn’t. So I reckon it’s got gift potential.

The Snoob retails at £25. Enter the Rafflecopter below for a chance to win one and comment to tell me which colour you like best in the Snoob store.