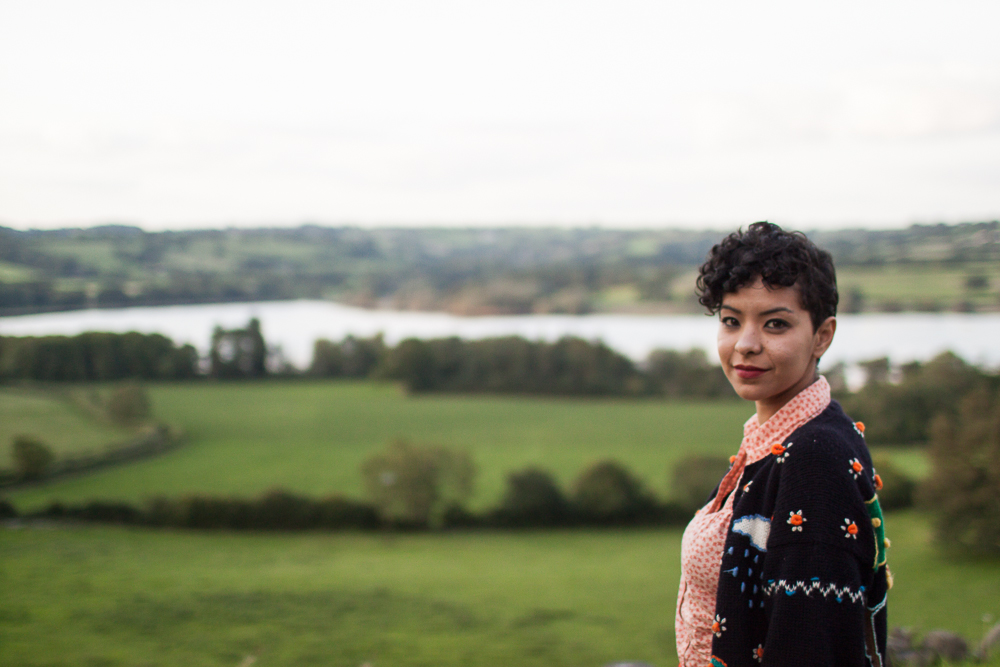 It was our sixth wedding anniversary on Saturday. We’re not great at doing much to celebrate it. Twice we made a huge effort. On our first we went glamping in Pembrokeshire. Come to think of it, that’s the only anniversary we’ve had sans kiddos. Hadn’t realised that until about now. Another time we went to Harptree Court, mainly because we were expecting Ophelia and it was a last/first chance to spend a night just the two of us before starting the newborn thing all over again. But we’re pretty sure the other three kind of disappeared into the mists of life-with-baby madness.

This time we wanted to try a bit harder (though I only remembered to buy a gift the day before – I got him whisky so it’s all forgiveable). At nineteen months and with her recently waking up A LOT, leaving Ophelia overnight is something that’ll wait. Instead, Laurence’s parent generously had us come to stay for the weekend at looked after the girls while we went off anniversarying.

We left mid-morning for Stourhead in Somerset. We’d first said we’d do a spa, then we figured on climbing a mountain so taking a leisurely walk around a stunning National Trust property feels like a happy medium. It did, however, make me feel thoroughly old that we’d both rather walk around a walled garden checking out squashes and musing over flowers than go nightclubbing or something (y’know whatever the young are supposed to do).

How great are these harem pants? My mother-in-law brought them back from Thailand for me but wasn’t sure whether I’d go for them. I love them! The shoes were given to me by La Redoute and the shirt is a charity find. I love it’s retro feel. The cardigan is probably a bit insane. A friend gave it to me, suggesting the girls might like it. It probably is meant to be a child’s cardi but ah well!

Stourhead has a childhood connection for Laurence as place his family frequented. He vividly remembers being bribed to walk halfway with the promise of an ancient grotto. He didn’t remember that there was a house, or any buildings there at all. There are a few. I’m guessing with three energetic boys to run, a quest around the grounds made more sense than attempting a gentle creep around a grand old house.

The views there are just so unexpectedly beautiful. I can’t imagine how anyone can look at a mess of trees or bush or whatever was likely there before and bring such order to it. There were so many points where I stopped and thought, this must be the best view of this place, only to be proven wrong a few moments later.

Laurence was keen that we find a spot by the lake for our romantic picnic. But it proved less than romantic when we were practically mauled by ducks. They seriously would not leave us alone. I now know what Peppa Pig’s family is dealing with when they go picnicking. We even changed locations, thinking we’d be safe and I ended up shrieking when two ducks who’d spotted us from across the pond came flying over, landing at our feet, followed by a load more swimming as quickly as they could, eyes firmly on our sandwiches. We wound up yamming our picnic rather quickly, periodically taking turns to get up and shoo them away.

Having walked around quite a bit, Laurence suggested we go check out Albert’s Tower but I suggested we do cake in the tea room instead. It was one of those moments where we smiled at how different we are. He doesn’t understand why I wouldn’t want to just be on the move. I don’t get why he wouldn’t want to mooch around and eat cake. Seriously, cake.

We did drive past the tower later and I would have regretted not stopping a bit except that I was pretty exhausted (see Ophelia’s sleep above). I ended up napping in the car while he listened to sports on the radio. Now that’s love.

In the evening we took sunset walk, past the church where we got married, to a local pub. It was such a good time of reminiscing and not doing what we usually do too much of, talk about the future. We have a few bigger decisions coming up but we decided last New Year’s that we wouldn’t make any major changes this year, though it doesn’t stop us from talking about it! I think we’ve finally reached a point where enough time has elapsed for us to have enough history to properly “reminisce”.

We’ve only been together for seven years and four months, married for six of them. That’s such a short time, written down like that. Yet so much life has been lived in that brief time. It definitely was worth putting in a bit of effort to mark it.