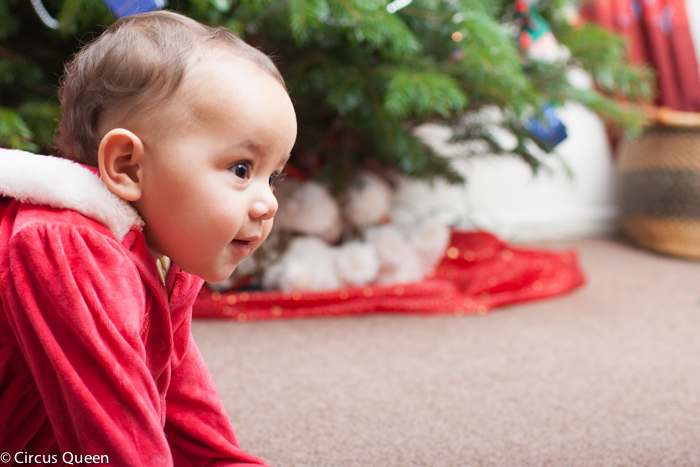 We’ve unashamedly got the Christmas feeling around here. Virgin Experience Days has asked me a few questions about what makes the lead up to the big day exciting in our home, so that’s probably got me feeling even more festive.

When does Christmas start?

I think Christmas officially starts for me in November. That’s when I start itching to listen to parang (Christmas folk music from Trinidad and Tobago) because it would already be on the radio by then at home. We’ve been listening to parang since Bonfire Night and the kids have fully embraced it, the older one asking to put on the “Spanish Christmas music” and the younger launching straight into her classic crazy dance as soon as it’s on.

At the same time I feel strange about seeing people’s trees up already (and I have!) but who am I to judge?

Other markers that Christmas is starting include soaking the fruits for our black cake in rum (check) and making Christmas cards and decorations (taking advantage of Talitha having chicken pox by starting on these today).

I’ll have to make pastelles (cornmeal pies) soon to really get into the season, though Laurence proved last year that he makes them as well as or maybe even better than I do, so maybe I’ll relegate that task this year.

What are your family’s Christmas traditions?

Year by year, we’re starting to build some Christmas traditions. Advent, which I didn’t really grow up with but have come to love, has become a big deal around here. We get our tree on December 1st, a real marker that the season has begun.

I want to start a new tradition of all of us camping out under the tree that night but we’ll see how that works out!

I’ve also started putting together little bags of activities for the girls for each day of Advent to go with some numbered pegs my mother-in-law gave me.

Two years ago we started the tradition of new pyjamas on Christmas Eve. We just might have to keep that one going this year.

What is the best present you’ve been given or have given to someone else?
Our first married Christmas, Laurence made a poster putting together lots of tiny photos from our wedding and honeymoon, including little phrases that had come up in that time. It’s framed and hangs in our dining room. Every day I see it and feel grateful for this life we’ve started together. It only cost time and printing on his part but I don’t think he could have given me a better present that year.

It’s harder for me to think of what the best present I’ve given is. I think I’ll go for a little baby doll we got Talitha the year she was two. She’d kept insisting that Ophelia was going to be called “Sally” so I figured we’d give her a baby doll who could be called Sally instead. That little doll was breastfed, carried in slings, pushed around in pushchairs, fed at the table, sung lullabies to and taken to bed most nights. Sally is still much treasured, beloved by both girls. In fact, I’m getting Ophelia another doll in the same range this year so they’ll hopefully stop fighting over Sally!

What is your earliest Christmas memory?
Actually, one of my earliest Christmas memories is a baby doll my parents gave me one Christmas. Well, the card was signed Santa and Mrs Claus but I literally can’t remember a time I genuinely believed there was a Santa so I think my parents probably never encouraged it much. He was called Mr Bello and I loved that he was anatomically correct! I can still vividly remember how he smelled and dressing him at my paternal grandparents’ house. My mother had taken us to a toy store a bit before Christmas and saw me admiring him so I was absolutely delighted to unwrap him on Christmas morning.

What is your favourite Christmas movie?
That’s a bit of tricky one because watching Love Actually has become required viewing every year but, actually, I get really nostalgic for Miracle of 34th Street (the one with Richard Attenborough) so I reckon that’s got to be the one. Talitha’s favourite so far is Mickey Mouse’s Once Upon a Christmas but I’d love to show them all the stop motion movies I grew up with like Rudolph the Rednose Reindeer. Answering this makes me want to watch something Christmassy tonight!

Tell me what your favourite Christmas movie is and enter the Rafflecopter widget below for your chance to win a £100 voucher to spend on a weekend break with Virgin Experience Days.

You can either leave your answer as a comment on this post or by tweeting @AdeleJK with your answer and the hashtag #RubyandRalph but do be sure to enter the Rafflecopter too as I’ll use it to draw a winner at the end.

In association with Virgin Experience Days