Start as you mean to go on? 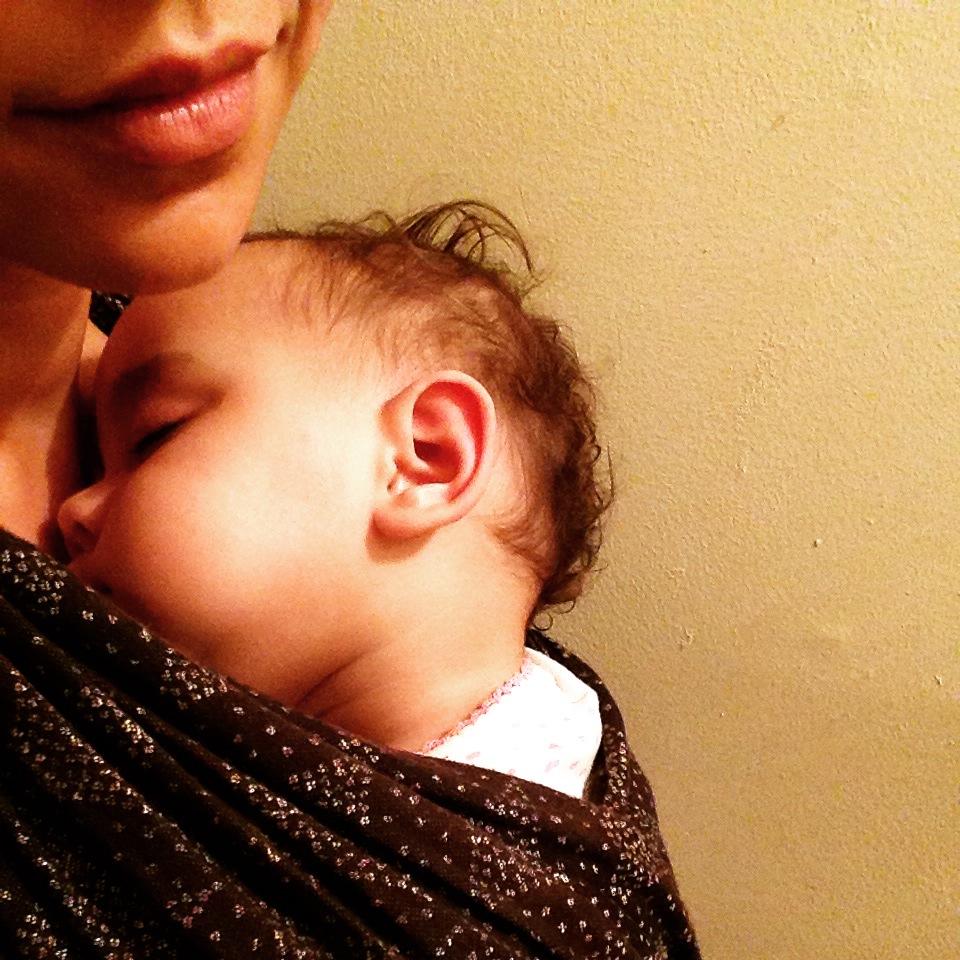 Laurence worked in London last week so it was my first time being alone with our two children for that length of time. I worried about it a little bit beforehand but then I got our diary all booked, worked out a game plan for staying on top of the house and keeping in touch, and got on with it. And it was surprisingly OK.

The thing is, just under a year ago, when Ophelia was a newborn and Talitha was two and a half, the thought of having to do bedtime on my own filled me with dread. I reached out to my local La Leche League group and friends with more than one child because whenever he worked late or was away, I felt like I was drowning. Despite knowing better, it felt like a forever situation at the time.

Everything does. Just recently, I told a friend that Ophelia has now reached the stage where she won’t nap when we’re out and about, not even in the sling, but that when we’re home, she’ll sleep for 1-2 hours per nap. She reminded me that it wasn’t long ago that Ophelia was having 15-30 minute naps and waking up tired, which I was struggling with. How quickly that changed and I hadn’t even noticed. At the time, though, it felt like it might always be that way.

You’d think I’d have learned this lesson the first time around with Talitha, that everything changes quickly, that it makes sense to just get through today. With Talitha I believed the phrase repeated to me again and again: “Start as you mean to go on.” The trouble was, I didn’t know how I meant to go on. I worried that she would be in our bed forever. I couldn’t know that she would choose to sleep in her own bed at two and that I’d miss her. That phrase is pretty meaningless when I consider how quickly children change.

The challenge this week was getting Ophelia to settle for the bit of the evening before I go to bed. She is tired by Talitha’s bedtime but she still needs a lot of body contact to sleep. This usually isn’t a problem when two of us are around so rather than put in the effort we did with Talitha to settle her in her cot several times before turning in for the night, we’ve just passed her back and forth.

On my own and in need of some baby-free time, I settled her multiple times and eventually put her in bed with Talitha, checking on them frequently. It was at times frustrating. We made it to the weekend without despair, though, and that was mostly because I wasn’t agonising over what I felt she “should” be doing, which is what I did with Talitha. It just was what it was and wouldn’t be forever.

There is power in accepting a situation, in living in today, in knowing things will change and allowing myself to be surprised when they do. A “problem” becomes a problem when I forget that.